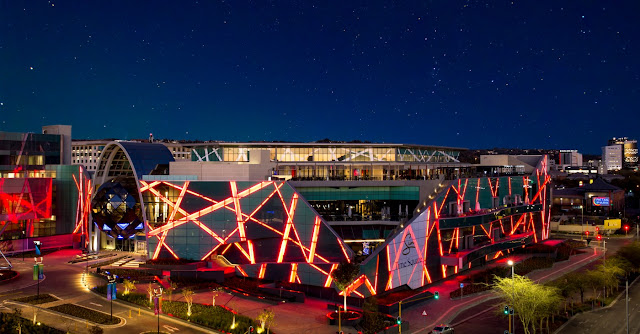 The Miss South Africa pageant will celebrate its 60th anniversary in 2018 in true stunning style, when reigning title holder Demi-Leigh Nel-Peters hands over her crown at Sun International’s new flagship Times Square Sun Arena in Pretoria.
For the past four years, the crowning of the most beautiful woman in the country has taken place in March. However, next year it will be moved two months later to May so that the coronation can be staged at Miss South Africa license owners Sun International’s new glamorous, state-of-the-art venue that holds an audience of 8 500.
Registration opens in November on the Miss South Africa website www.misssa.co.za. An information pack with full details will be available for download once a potential contestant has registered. However, anyone who wants to enter Miss South Africa 2018 must attend one of the Miss South Africa nationwide road-shows next year. These will be held in Port Elizabeth (February 16 to 18); Johannesburg (March 2 to 4); Cape Town (March 16 to 18) and Durban (April 6 to 8).
Cell C – who first came on board in 2014 – has also renewed its headline sponsorship of the pageant.
Says Sun International PR Manager Claudia Henkel: “Miss South Africa is an iconic event and has been through many metamorphoses in its 60-year history. It has always strived to change with the times and remain relevant. As Sun International we are proud to have been the sponsors for the past 17 years and to have seen the pageant grow and evolve. We are delighted to be moving to a new venue which is as glamorous as the pageant itself.”
Suzette van der Merwe, Managing Executive for Cell C, explains why Cell C is continuing as headline sponsor: “The Miss South Africa pageant is about creating opportunities. The winner and the finalists have the potential not only to change their own career paths but also to make an enormous difference in the lives of others. They are a voice to affect positive change in this country through the initiatives they endorse thanks to a platform of charitable partnerships and philanthropic endeavours. Cell C is a proud South African brand and has supported programmes that focus on the development and opportunities for women since inception. We are looking forward to meeting the new young woman who will join the exclusive alumni of former winners and who will have the opportunity to represent South Africa on the international stage.”In the past six decades, the pageant has become an integral part of the South African landscape, attracting hundreds of intelligent women from across the country, all vying for the coveted title. However, in the past five years it has strived to break stereotypes, be more inclusive and to celebrate the diversity of women.

Photo and information courtesy of www.misssa.co.za
Posted by Andre at 7:43 PM