No Miss Venezuela in Miss World, Miss Universe this year? 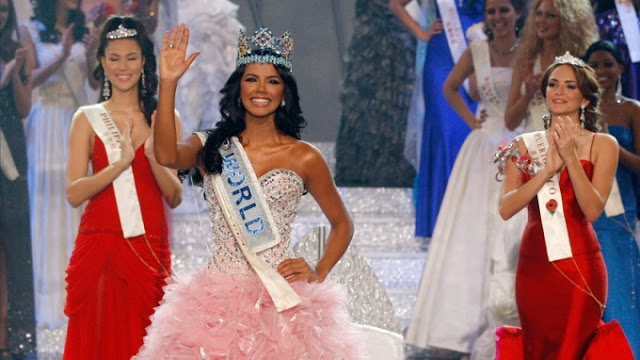 News reports from Venezuela have indicated that there will be now Miss Venezuela at Miss World this year. According to the reports, it is due to the country's financial crisis and political turmoil that Miss Venezuela Organization has decided to cancel the Miss World Venezuela contest that was scheduled for October. The plan is to not send a delegate to compete at the 67th contest in Singapore and China later this year. Venezuela currently holds the record for the most winners of Miss World (6) with their last victory happening in 2011. It has also been reported that Venezuela's participation in this year's Miss Universe Competition is also under threat.
Posted by Andre at 3:24 PM