Judging Miss and Mr Brazil CNB: How It All Started

As I boarded my flight to Rio de Janeiro, it hit me... this dream IS coming true! . I got goosebumps all over. Despite being on a plane that's heading to Brazil, I still just couldn't believe what was about to happen.

My love for the beauty pageant industry started way back in 1991. Admittedly, I had watched some pageants before then and obviously liked them, but this real love and life-long passion started with the Miss South Africa Pageant that Diana Tilden-Davis won. Shortly after, it was announced that South Africa would be allowed back into the Miss World Pageant that year and a whole new world opened to me. Miss World was the first international pageant I watched and I was hooked. Sadly, their Atlanta edition was a tough year for the organisation, but I didn't even notice nor would I have cared. I just loved everything about. It was also the first time I heard about Beauty With A Purpose and a woman named Julia Morley - a woman who instantly became an inspiration and who I have looked up to ever since. 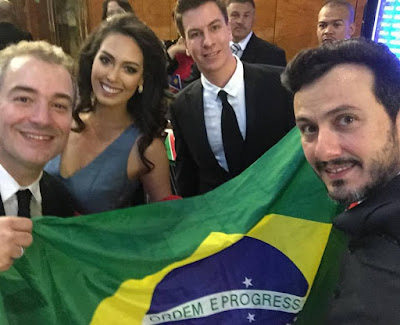 Over the years, I have met so many wonderful friends around the world through pageants. Some of my closest friendships in the pageant world came to be because of a shared love and respect for Miss World. One such friendship was with a Brazilian man named Henrique Fontes. I remember back in the day (yes folks, it was 1999) when Global Beauties started, I pretty much discovered the site immediately! To me, the name Henrique Fontes became synonymous with pageants.  Of course, in my eyes, he was just the coolest person ever, a pageant superstar!!! He was after all living my dream! Little did I know that years later I would have the honor of becoming friends with him.

I don't exactly recall when I became friends with Henrique, but I know it was some time in 2008. During this time, I had also made friends with an amazing young man from Puerto Rico, Edwin Toledo (The Times of Beauty). I couldn't believe that I had found two people who could match... or perhaps rival... my knowledge about and love for the Miss World Pageant. (Oh, the bittersweet and now somewhat eye-roll inducing flashbacks to 1999 of me sitting in Golden Square, London eating my lunch and reciting every single country/delegate in the top 10 of Miss World of the preceding 15 years... of course hoping to one day being able to impress Eric or Julia Morley enough to be snapped up by their organisation. Yes, I have always dared to dream big!!! LOL) I truly believed that we were the biggest Miss World fans out there. Over the years, I have met some other people who I discovered knew just as much  (or even more) about Miss World, so my self-proclaimed "biggest MW fan title" had been in jeopardy long before I even realised it. 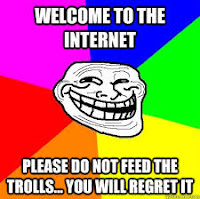 Anyway, back to reality. Over the years I have come to know Henrique as a loyal, kind and honest man - one of those people to whom integrity means everything. Of course, he had become the national director for Miss World's Brazilian national competition by then (2006), but what really struck me about him was that he was one of the most humble and nicest people in the industry I had come across. Real pageant fans know that the beauty industry can be quite nasty and, ironically enough, ugly and much to my irritation I have watched (or is it read?) him being somewhat vilified by some websites and message boards. A few tough battles and nasty incidents in this industry taught me that you can't dress up and put tiaras on trolls and turn them into beauty queens. They just turn back to trolls at midnight.  So when I met Henrique in 2015 for the first time in person, what I already knew was confirmed. He was exactly the same in real life as when we were chatting: humble, kind and gracious.

Henrique had invited me in the past to attend his pageants and I had always expressed my interest in attending, but never in a million years did I think it would actually happen. Earlier this year, I sent him a message with a question about his pageants and somehow the conversation turned into an invitation... not only to attend the pageant, but to be a JUDGE!!!!!!! I thought about it for a day and because the logistics just seemed to work out perfectly this time, I accepted and booked a ticket to Rio. To a die hard pageant fan/supported like myself, this promised to be an unforgettable experience... and this is how I came to be a judge at Miss Brasil Mundo and Mister Brasil CNB.

Stay Tuned! I will be posting loads of photos from the pageant on Instagram @eyeforbeautyblog