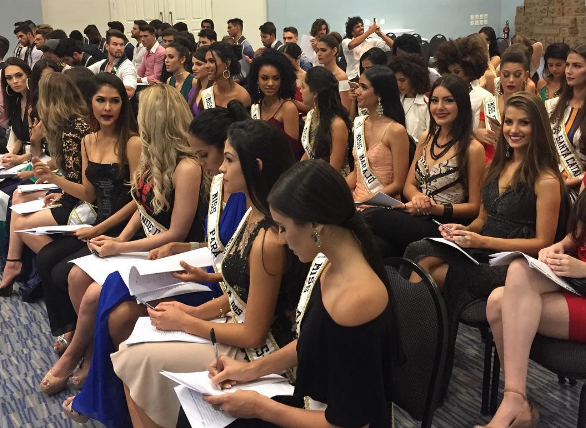 It was arrivals day in Angra dos Reis todays as 84 young men and women made their way to the Hotel do Bosque. I had been looking forward to their arrival all for days, but when I saw the first delegates arrive, something strange happened. I started trembling and the seriousness of it all dawned on me. It's so much easier to be an arm chair judge than a real one. Right now, we have 84 dreams... but on Sunday only 2 dreams would have come true. I am taking this job very seriously and I really hope that the most deserving pair will walk away with the titles on Saturday night.

The first two delegates that I saw were the representatives from Greater Sao Paulo and Minas Gerais. It made me realise that photos are really deceiving. And when the rest of the delegates arrived, I started getting a headache. The girls and guys are all beautiful. They look even better in real life than on photos, which will make this difficult task virtually impossible. 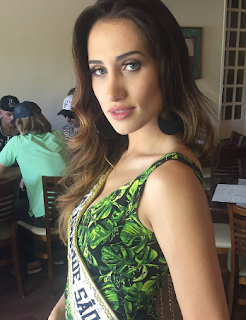 Marcela Marques, Miss Great Sao Paulo, was the first delegate I spoke to. She was very excited when she heard that I was from South Africa and told me that it's been a dream of hers to visit my country. 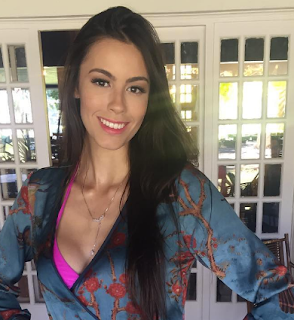 Lorena Rodrigues from Minas Gerais said she was extremely excited that it was finally time for the competition to start. 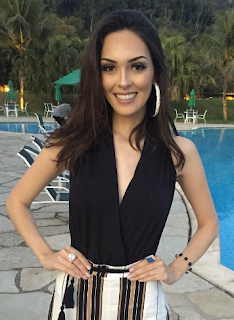 I also spoke to the host delegate, Rio de Janeiro's Gabrielle Vilela. She is actually from Angra dos Reis, which has apparently created lots of interest in this region. She told me that it's her third attempt at the title and said that she's not nervous at all as this is a passion of hers.

Sadly, I didn't get to speak to many of the girls today. I didn't want to overwhelm them on their first day, but from tomorrow I will make an effort to get to know more of the delegates. I have been watching their every move though. I have noticed that the Miss delegates are typically more smiley and outgoing than their male counterparts. It's early days though and they have had a long day of traveling, so I am going to see what they are like tomorrow.

Some of the other people I met:

* The presenter of the pageant, Juliano Cremo, who flew in from London to host the pageant. He was also the host of Miss Eco Universe and has travelled to a whopping 106 countries.

* It was a delight to meet Joao Ricardo Camilo Dias. He was so kind, warm and friendly. I enjoyed speaking to him about Cape Town and Rio de Janeiro... the two most beautiful cities on Earth! :) He introduced me to another friend who couldn't speak but made we used technology to translate between English and Portuguese. I appreciated that he made the effort.

* One of the nicest people of the day was Miss Grand Brazil 2016, Renata Sena. She is such a sweetheart - gorgeous and with a beautiful heart. She has no airs and graces and she is very natural. I was surprised to hear that she's also super talented and will perform two songs at Saturday's final, Imagine (John Lennon) and Fly Me to the Moon. 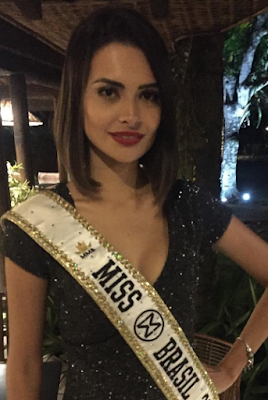 The outgoing title holders, Beatrice Fontura and Carlos Franco returned. They really are Brazil's perfect pair. Both look like they could compete and win all over again. Carlos is very natural, smiley and has a humorous and outgoing personality. I'm hoping to get to chat to him because I want to tell him that I think he could be the next Mister World if he gives it his all. He is definitely Mister World material.

Beatrice was a darling and made an effort to speak to me on more than one occasion. She really has a queenly aura and a) I know why I had her as a favorite for Miss World and b) She should have been at least in the top 5 of Miss World. She just cut her hair shorter the day before the start of the pageant and she is looking fresh and stunning. Perhaps even more stunning than last year. She said she's hoping to settle down now and run her shop close in a city close to Brasilia. She also wants to complete her law degree. I'm hoping to have a longer chat with her before she hands over her title on Saturday.

All the girls and guys were presented with sashes during the sashing ceremony tonight and it was a great opportunity to form first impressions. I still have an open mind and will continue to have one until the end.

Well, I'm hoping to get much, much more tomorrow. As I'm sitting here, barely able to keep my eyes open,  I can still  hear loads of chatting. And it's making me smile... one of most beautiful things about pageants is the friendships that are formed and the memories made.