Judging Miss and Mister Brazil: The Eyes Are The Window to the Soul 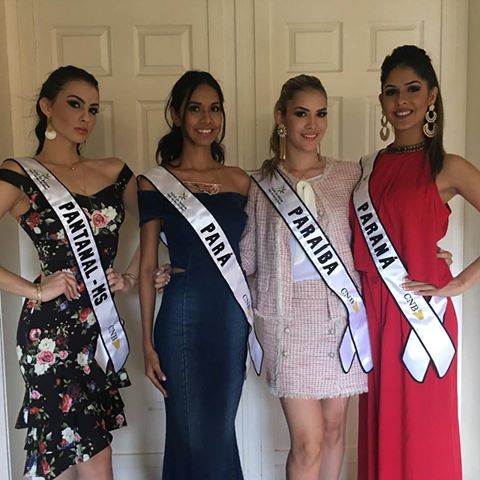 The interview segment of the competition started right after lunch. We had to interview 42 young women and this challenge proved to be much, much harder than it seemed. The organisation decided that they really wanted to listen to all the girls, so we ended up chatting to the girls for just under 5 hours.

Some people voiced their concerns because I don't speak any Portuguese and it would be hard for me to know exactly what they were saying. (I was sat between Beatrice Fontoura and Alexander Gonzalez who helped to translate some of the key points the girls made.) For me, this was not really a problem. I came here with an outsider's perspective, so to speak. Of course the winner must be well-spoken and be able to represent the organization, but Miss World Brazil will not just stay in her country. Two months after being crowned, she will go to China to compete for the 67th Miss World title. Naturally, I wanted my choice to at least be able to say a few words in English, but it was not my ultimate requirement. I was looking for a MISS WORLD. What does a Miss World look light? 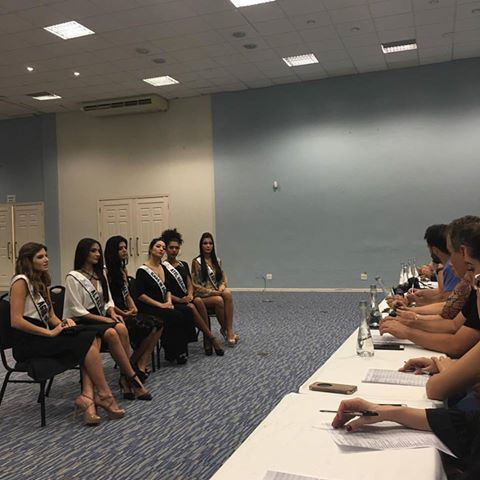 Well, to me (and I think I know my stuff after 26 years) it's a girl who can make a room stop, turn and stare. She will be someone who can command a room with her presence. People should want to know more about her and then... when she opens her mouth... she must be able to captivate her audience by the way she speaks. Miss World will be traveling and she will go to countries where people don't speak English... or Portuguese... for that matter. So, it's important that she speaks with passion and conviction. Language has barriers, but body language is universal. While the other judges were concentrating on content, I focused on body language, eye contact and poise. It became very clear that it's true that the eyes are the window to the soul and I was looking for that Miss World light. I was looking for a girl whose compassion, kindness and soul could be seen by looking into her eyes. And I must confess, I was moved by quite a few without even being able to understand what they were saying. I CAN'T EMPHASISE ENOUGH THAT SINCERITY WILL ALWAYS SHINE THROUGH... just look at the last few Miss Worlds. 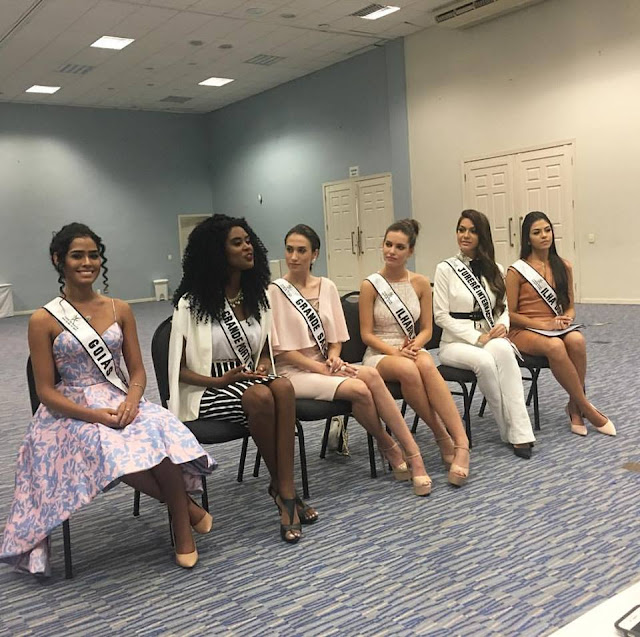 This experience has been unlike any other pageant experience I have ever had. Henrique Fontes has given me all access and the freedom to give ideas, have opinions and pretty much write whatever I want to write. He is always eager to get constructive criticism and feedback. He wants his pageant to grow and improve. I was given the opportunity to sit with Marina Fontes and the pageant's Beauty With A Purpose director, Alicya Scavello. It was almost impossible to choose the top 5 for both misters and misses. I have so much respect for the work that they are doing. Alicya's passion for this program is just amazing. Brazil's Beauty With A Purpose program is incredibly strong on a national, state and regional level and it's growing all the time. I asked her if it's challenging and she explained that there's not much support from the government or other organizations yet but they are doing what they can to get more people involved and they are extremely proud of the work they are doing. 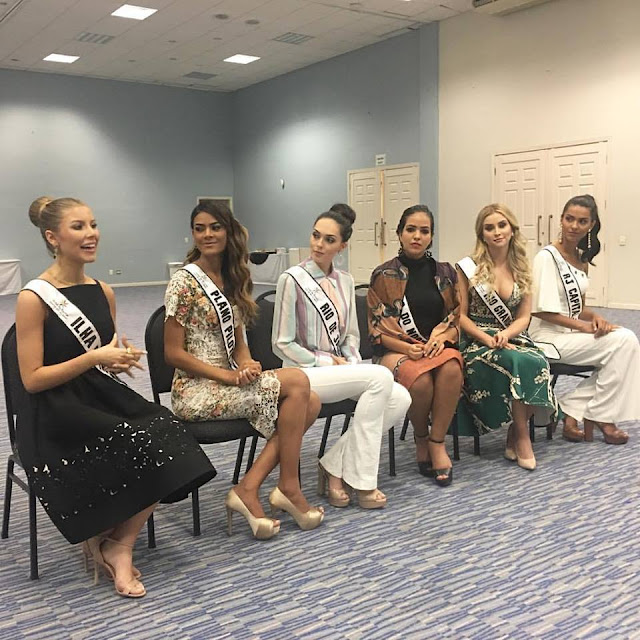 Another amazing thing is that Henrique invited me to sit with him while he entered the scores into the data base to be a witness that the contest is free and fair. (I skipped the misters' interviews to do that." He never interferes and lets the judges make up their own minds. I have asked him repeatedly who his favorite is but he maintains a perfect "poker face".  There is a panel of between 15 and 20 people involved in the judging (a core panel and then others help in certain rounds). The contestants are scored between 70 and 100. The two lowest scores for each round are eliminated and the rest are averaged. The average scores for each round are then calculated and averaged once again to determine who survives the first cut. The winners of each round (like Top Model, Evening Wear and Costume) will make it to the top 20 before the judges narrow it down to the top 9 - the winners of Beauty With A Purpose will automatically enter the top 10 for both Miss and Mister. After the announcement of the top 5, the judges rank them from 1 - 5. I'd never betray the organization's faith in me or my own integrity, but I can say that right now it's interesting to see that all the judges have different opinions and tastes... and that means the race is wide, wide open. The competition is far from over... anything can still happen!

Photos courtesy of Leonardo Rodrigues and the CNB Brazil Organization!
Posted by Andre at 1:47 AM