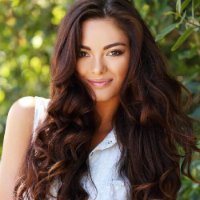 Nel-Peters was allegedly almost robbed of her car on Wednesday night in Hyde Park.
The suspects made off with her personal belongings but left her unharmed, a statement released by the minister revealed. It is unclear how many suspects were involved or what was taken during the incident.

According to the statement, the incident took place near the Hyde Park Corner Shopping Centre early in the evening.

"The personal belongings of Miss South Africa were taken, but the suspects fled without taking her car," the minister said.

"As it can be understood, Nel-Peters is shaken but in good spirits – she has incredible courage."
Police were on the scene investigating the scene.

Mbalula condemned the incident and vowed that "no resources will be spared in the fight against crime". He also urged victims of crime, especially women and children, to report these incidents at their local police station.

Miss South Africa office confirms that Demi-Leigh was the victim of an attempted hijacking earlier this evening (Wednesday June 7) on Jan Smuts Avenue in Hyde Park Johannesburg. She was approached by three armed hijackers. She managed to exit the vehicle and a good Samaritan came to Demi's aid and drove her away from the scene. Her car and handbag was later recovered at the scene by a security company. The police are investigating further. Demi is shaken by the incident but unharmed.