Article by Julia Madibogo - Published in the The Sowetan 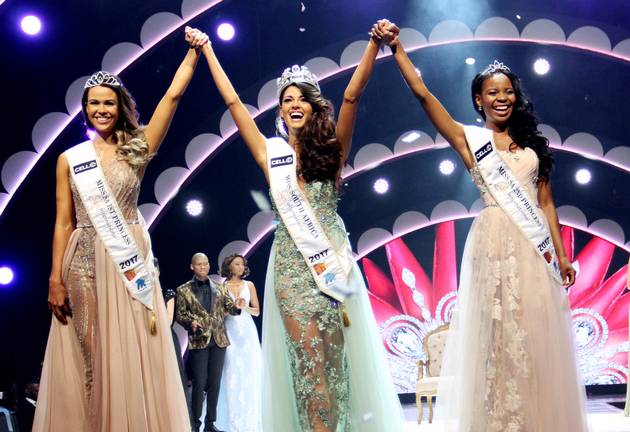 The claws are out for newly crowned Miss SA Demi-Leigh Nel-Peters as an ugly storm is unleashed.

At least 15 semifinalists and finalists, some of whom participated in the glamorous event at Sun City last month, have alleged that the competition was rigged in Nel-Peters's favour.
At least six finalists who spoke on condition of anonymity for fear of victimisation claimed Nel-Peters had a personal trainer, a grooming expert, sponsored make-up lessons, preferential treatment during charity visits and had personal relationship with some of the judges and Sun International-affiliated officials.
Sowetan has heard voice notes in which runner-up Ade van Heerden alleged she was offered to participate in Miss World when she complained about the alleged rigging. 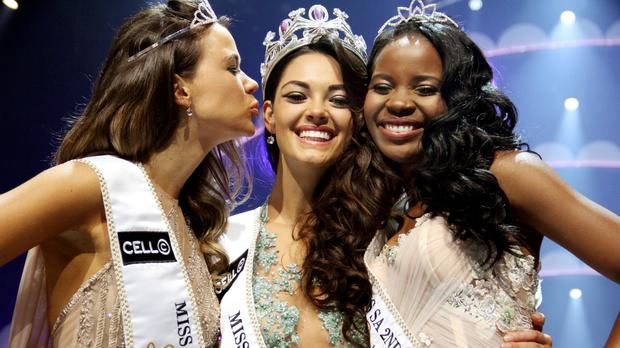 In the voice note she is heard telling another finalist: "We were not really smiling and stuff ... I watched the video and I am like sh*t Ade, you have already rolled your eyes once when she got crowned."
She continued: "People don't know the whole story behind it, so they do think that I am bitter? My disappointment is not necessarily in the loss and I am not the only one that is disappointed, we are 11 girls that are disappointed that the wrong person won."
Van Heerden, a doctor and soldier, added that organisers tried intimidating her into signing a contract that stated she was not allowed to say anything and also promised her participation in Miss World.
A letter sent to Sowetan by a group of participants alleged Nel-Peters was groomed to win by being allocated a "Sun International-affiliated" trainer known as Werner Wessels. He was also responsible for training consecutive Miss SA winners, Ntandoyenkosi Kunene, Liesl Laurie, Melinda Bam and Rolene Strauss.
"Sun International claims that Mr Wessels has no influence regarding the winner of the pageant and that he serves purely as an external stylist to any girl who wishes to employ his services. However, Werner does more than just styling. Part of his package includes providing the girls 'inside information' throughout the journey to the crown," the letter reads.
The finalists said it saddens them to see thousands of hopefuls enter the competition with no chance of winning.
They also claimed that Nel-Peters has a personal relationship with Bam, who is also a former Sun International national executive, and one of the judges, former Miss SA Claudia Henkel.
"Henkel made her likes and dislikes of contestants very clear ... sometimes during the various stages of the judging process to the discomfort of all present."
The letter also stated they were told that Nel-Peters had won public votes, but a list of voting results which was supposed to be available on the night of the pageant was no longer available.
Yesterday, Wessels admitted to working closely with Nel-Peters during the pageant, but denied he has a relationship with Sun International. "I worked only with Demi-Leigh this year, but this has been changing for the past five [years] or so that I have been working on the pageant.
"I am in no way contracted to Sun International and none of the things they are saying are true. I'm an independent pageant coach and professional stylist. I am passionate about working with beauty queens. I started working with Demi-Leigh when she was 16 years old."
Henkel, who speaks for both Sun International and the Miss SA pageant, dismissed the allegations as "unfounded".
"The calibre of contestants in this year's competition was exceptionally high and the contestants undoubtedly felt the pressure. As with many competitions, there can only be one winner and inevitably someone will end up disappointed, which is understandable."
Henkel said they had a meeting with finalists, sponsors and auditors where they raised their concerns, and the finalists said they were happy with the outcome.
One of the judges, Maps Maponyane, said: "Mine along with other judges's responsibility was just to find the girl we thought could best represent the country.
We would not know much about the politics of the pageant. The only complaint I heard of was that some of the girls had personal trainers and that was beyond our control... every girl brought their own." 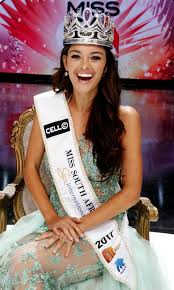 However, Nel-Peters said: "It was a competition and I wish that everyone could understand that it was just a competition where everyone had an equal opportunity at winning. Usain Bolt has a trainer to help him advance at the Olympics, and it is never a problem when Wayde Van Niekerk has his own personal trainer. So why is it a problem with me now?" she asked.
Nel-Peters denied she was given any special treatment by sponsors.
Bam said: "I know her since she was 16 years old. She came to my workshops about three times. I know Ade as well. Demi-Leigh is also in the same modeling agency as me, so I know her from there as well."
Bam added that she had no influence in Nel-Peters winning as she had resigned from Sun International two years ago.
"It's always the case and it was the same with me too because when I was crowned there were 11 other girls who were nasty to me ... they said I should be disqualified because I am a former FHM model.
"It is just sad that some of these girls will not accept that they have not been crowned," she said.

Courtesy of The Sowetan!
Posted by Andre at 6:43 AM