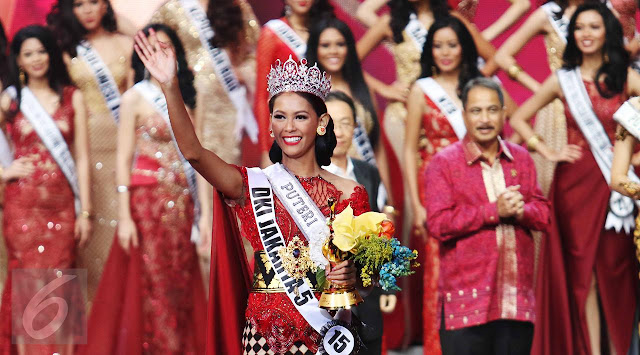 Bunga Jelitha Ibrani (25), who represented DKI Jakarta 5 was recently crowned Puteri Indonesia 2017. The 1.8m beauty will represent Indonesia at the next Miss Universe Pageant. Kevin Lilliana (21, 1.74m) was named Miss International Indonesia and will represent her country at the Miss International Pageant in Japan. Nusa Tenggara Timur's Karina Nadila (24, 1.7m) was named Miss Supranational Indonesia. The third runner-up, Dea Goesti Rizkita Koswara (23, 1.73m) will try to win a back to back Miss Grand International title for Indonesia in Vietnam this October. The top 6 were completed by the delegates from Sumatera Utara and Jambi. The event was attended by the reining Miss Universe, Iris Mittenaere from France. 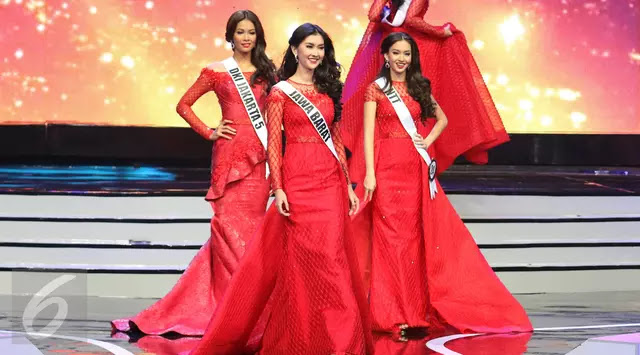 Strong winner! She will do well at Miss Universe!
Posted by Andre at 6:38 AM