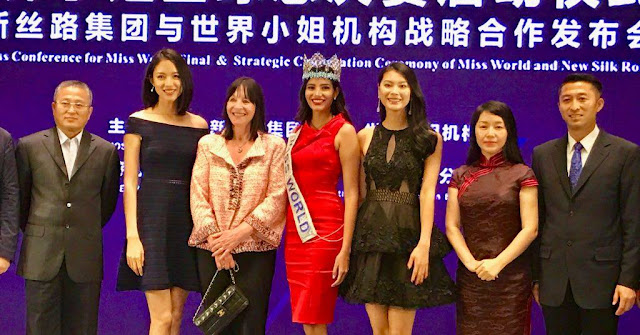 * Contestants will arrive in China in early November. 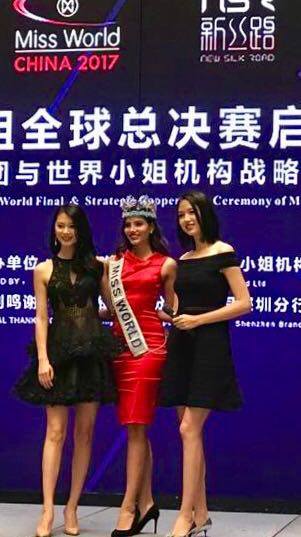 * The date and location of the final and the details of the city tours will be announced later but the cities will include Shenzhen, Sanya and Haikou.
* Miss World will have a new format this year which will include a greater emphasis on social media and interactivity throughout the 28 day festival.
* Miss World is also appointing New Silk Road Group (a leader in China's Fashion and Culture Industry) to operate the Miss World China Franchise. NSR will be a hosting partner for Miss World 2017 Final.
New Silk Road was the group that first discovered Zhang Zilin who went on to become China's first Miss World in 2007.
Julia Morley, Chairman and CEO of Miss World Organisation announced "I am so pleased to be coming to China to work alongside the dynamic and brilliant team of New Silk Road”, group led by their CEO David Li. 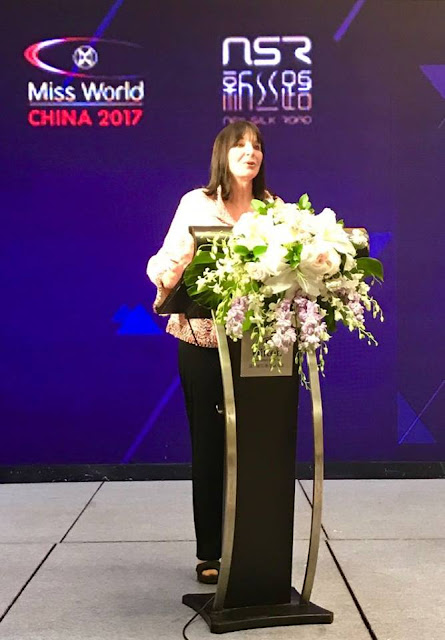 The changes to our format and presentation will take the Miss World 2017 festival to a new level. We look forward to announcing these changes in the coming weeks!
Julia Morley also expressed her great thanks to Miss World 2007 Zhang Zilin and Miss World 2012 Yu Wenxia for joining reigning Miss World Stephanie Del Valle for the announcement; "I am thrilled to see them all here today Zilin and Wenxia look the same today as the day they won their titles!"