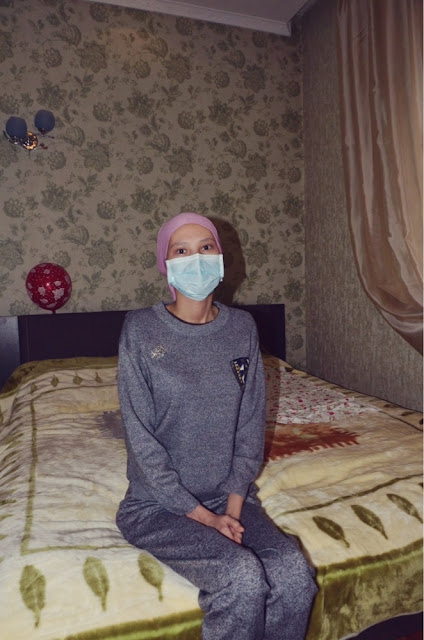 Good news from Kyrgyzstan: after a passionate campaign from the fans and supporters of Miss Kyrgyzstan 2013, Zhibek Nukeeva, most of the money needed for her operation has been secured. The operation, which is scheduled to take place in the Czech Republic, will cost approximately 80,000 Euros. So far,  about 70,000 Euros have been raised. The biggest donation of 5 million Kyrgyzstani som (About 68,500 Euros) came from a company in Kyrgyzstan called Mol Bulak. The family is hoping to raise the rest of the money at a benefit concert on January 21st. 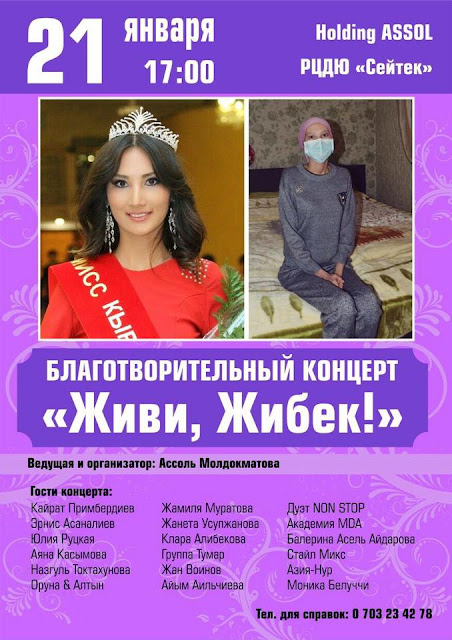 The response of people in Kyrgyzstan has been overwhelming according to Nukeeva's family, with some people donating part of their pensions and school children giving up their lunch money to support this cause. Sadly, it appears so far, as if the Miss World Organisation has not done anything to support Nukeeva. Sources close to organisation said it might be because they are enjoying their annual break after pageant season.

The family has expressed their gratitude to all the people around the world who have supported them or contributed to this campaign.
Posted by Andre at 7:20 PM