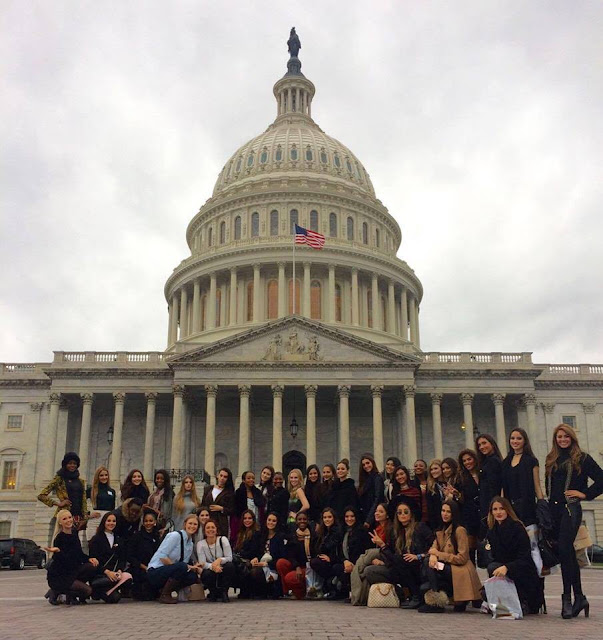 The 66th Miss World Pageant kicked off in Washington, DC a week ago as 119 beauties from all around the world made their way to the capital of the United States. For three weeks, they will have the opportunity to impress the judges and organizers enough to convince them that they are the one who should be crowned Miss World 2016 by Spain's Mireia Lalaguna on December 18th. If I had to describe the first first week of competition in three words, it would have be LACKLUSTRE, UNEXCITING and UNEVENTFUL.

As a huge fan of the Miss World Pageant for 25 years, it is terribly sad for me to have to write this about the Miss World Pageant, as I have been such a vocal supporter of this organization for such a long time. I don't know what is going on this year, but there's absolutely no glamour and excitement this year and I'm sure I can speak for many fans out there: we expected much more. I was hugely excited when I heard that Miss World will return to the US for the first time since their first disastrous outing back in 1991 (which was also the first year I followed Miss World) as I saw it as an opportunity for redemption. Pageant are still popular in the United States, so I expected that the organizers would have gone all out to ensure that there's as much buzz and excited around the event as possible. All I can say now, is that I hope I am being too impatient and that I will be proved wrong over the next few days. I do understand that the event is probably being put on with little to no sponsorship, so the organizers can only do what they can with limited funds, but come on: this is Miss World! The Miss Universe Pageant messed up again by letting another year go by without crowning their winner in that year, rather allowing the 2016 winner to be crowned in 2017, so they are not much better. However, I am sure that the events that will unfold in the pageant-crazy Philippines will be filled with excitement and energy. 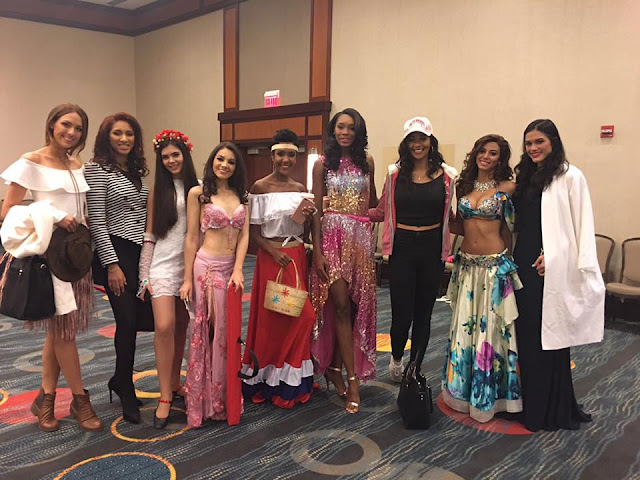 My summary of the week so far:

What have they done so far? It seemed like the girls were stuck in their hotel for the most part of the week, which must have been a real buzz killer for them. Many of them have prepared for months and spent thousand of dollars to get ready for this competition. I can not even imagine how disappointing that must be, but I have to commend them for their professionalism. Most of them still seem excited and thrilled to be there. 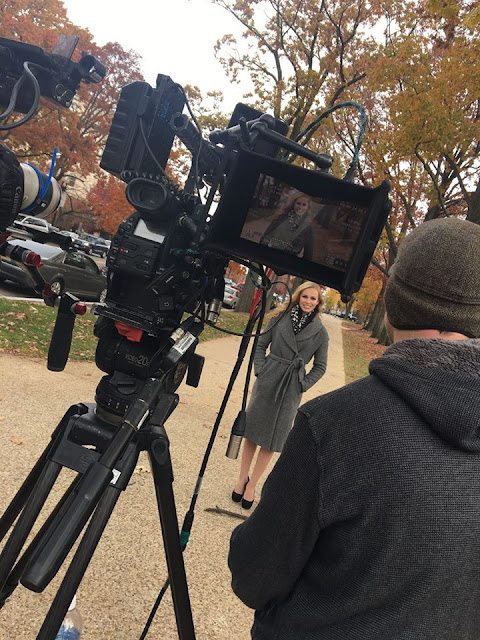 It's been a week of intro filming, and I do get that. It's important to introduce the girls to people at home. So I can't say anything bad about that.

They had the talent auditions and it was wonderful to see that a record number of 91 delegates auditioned for this challenge event. I appreciate the fact that the organization made an effort to show glimpses of the 21 successful auditions. That helped to build a bit of excitement.

They also had interviews yesterday. It's important for them to get to know the girls. But does that mean the race is over for the rest? It would be nice to see some footage from the interviews.

The girls went on a private tour of DC. Well, I am glad they got to see the city, but the coverage was not really great. It just seemed like a high school field trip.

A Christmas brunch for the kids of the Dream Academy was held and this was definitely a meaningful event. It was nice to see that the organization will donate 20 iPads to the Dream Academy - that's why I like Miss World. They do good work. 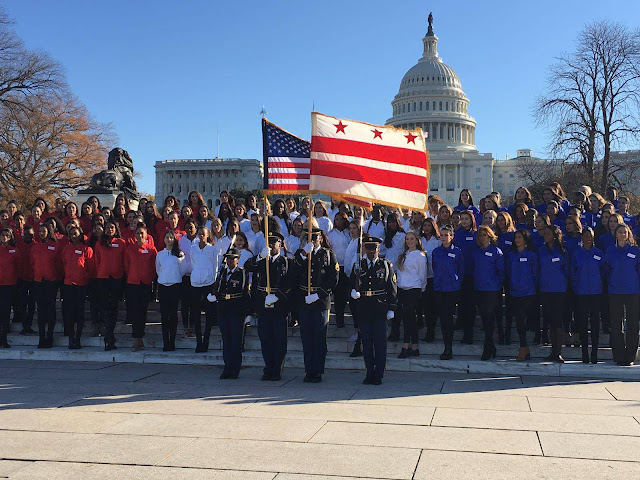 If you look at the opening ceremonies of some of the last few years, this year's opening ceremony was super low key and devoid of glamour and excitement. Sure, it was poignant and a great tribute to the United States, but it almost seemed like a memorial service. Was it it done in a park in DC? Were people invited? It seemed like they just did it for the cameras.

I do hope we get to see a few high quality events in the next two weeks.

Kudos to the Miss World Organization for getting Instagram and Snapchat accounts, but I do hope it's not the groundbreaking new technology that they promised.

The facebook live feature is nice. It's nice to get to know the girls, and they did try to improve the quality of the videos. Frankie Cena is trying his best to make them exciting and fun to watch, but sometimes his enthusiasm comes across as forced and it can be painful to watch. 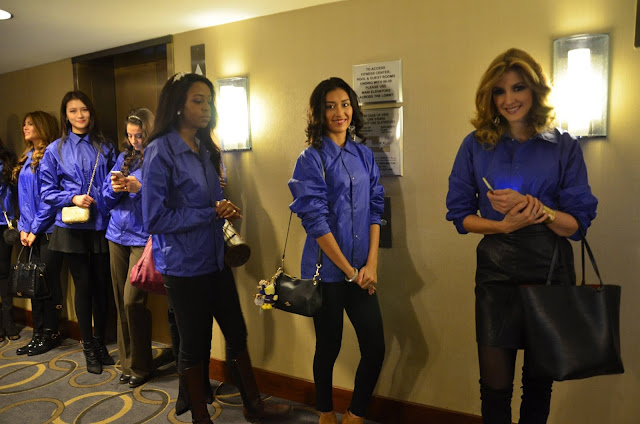 The quality of the photos and updates is mediocre. It's hard to follow as it is with 119 girls from around the world, but when they are not even identified we do miss half of them. Some of them are getting lost in the crowd, which is sad. For some reason, the Miss World Organization has decided that it's degrading to wear a sash - so they have gone with name badges again. I don't object to girls wearing sashes. I think there's a great deal of pride that comes with representing your country! For these girls this is a big deal. It just seems like the organization has forgotten that apart from being a serious event, it should also be fun and glamorous. Come on, we are not trying to follow the 2016 International World Peace Conference. Miss World CAN and SHOULD be meaningful AND fun! 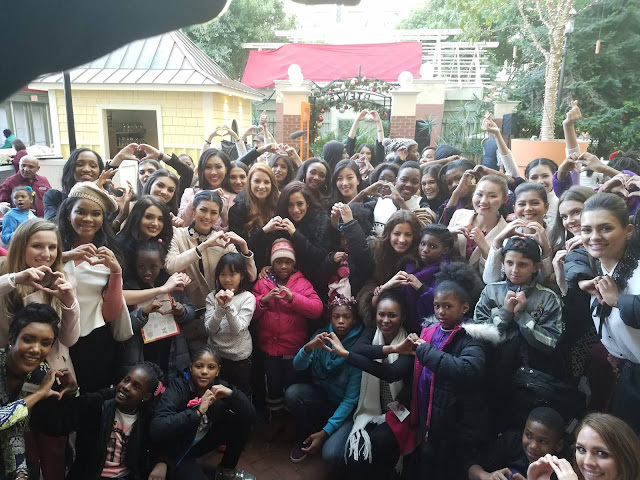 NEW VENUE FOR THE FINAL SHOW... but still no links to buy a ticket 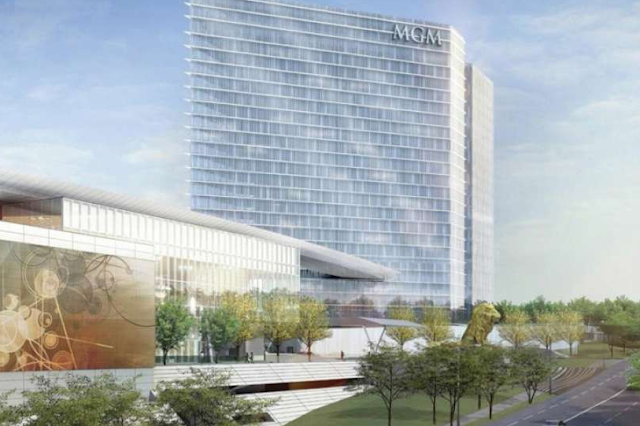 One thing that leaves me bitter and disappointed is that it seems like the organization does not care about its fans. It's a family business... yes, we know that. But you have to keep your loyal supporters too. Once again, this year there's no information about buying tickets for the final show. I find that disrespectful to the fans of the pageant, many of which have already booked tickets to DC and paid for their hotels. I cancelled my planned trip in October already, because I realised that it would be the same as last year when I spent about US$1,500 to go to Sanya without knowing if I would be able to even attend the event. I only got confirmation on the day of the event (around midday) that I would be able to see the live show. I was definitely not going to pay three times as much to go through the same stress again. It's very, very disappointing. The Miss Universe Organization let us down in many ways, but at least they show some sort of respect and loyalty to their fans.

I am still hoping that Miss World will step it up and that this annual celebration will seem more than just a random annual conference. Miss World is so much bigger and better than that.
Posted by Andre at 9:24 AM