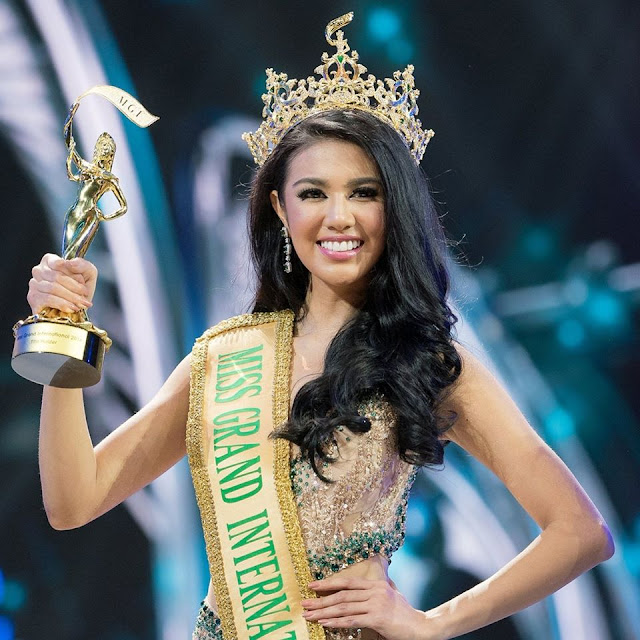 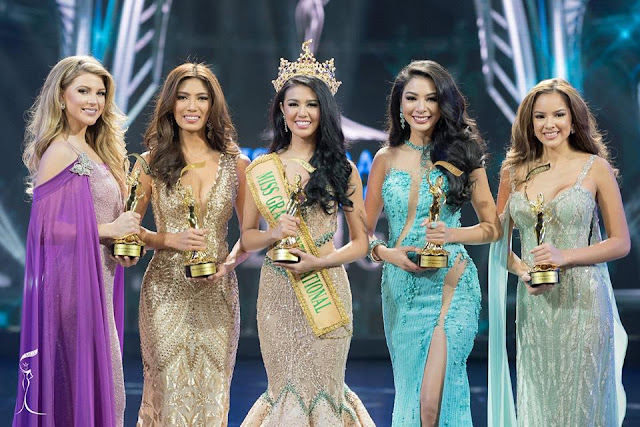 Nicole Cordoves, Miss Philippines finished as the first runner-up and will assume the title should the winner be unable to complete her reign. Miss Thailand, Supaporn Malisorn, finished as the second runner-up. Madison Anderson, Miss Puerto Rico, and Michelle Leon, Miss United States of America finished as third and fourth runners-up.

The delegates from the Bahamas, Macau, Peru and the Ukraine joined the People's Choice, Miss Korea, in the top 10. Misses Australia, Cuba, Jamaica, Malaysia, Mexico, Portugal, Spain, Tahiti, Venezuela, Vietnam and Wales made it to the top 20.

Miss Grand International 2017 will be staged in Vietnam. 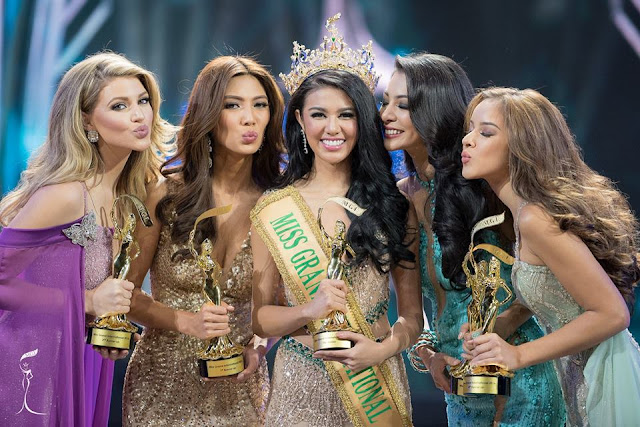 Well, congratulation to Miss Indonesia. She was always one of the favorites and deserves her title. She was great on stage and is much more telegenic than photogenic. Of the top 5, I feel that Thailand and USA would not have made my top 5. Miss Macau was gorgeous and should have been in the top 5. I hope to see her at another pageant.