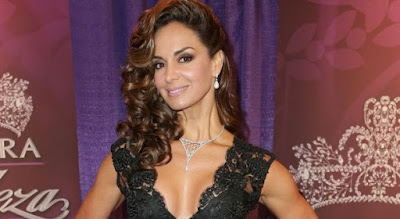 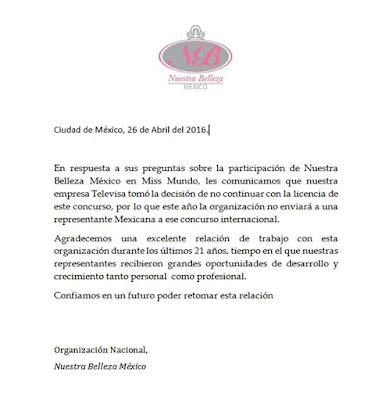 Our report of earlier this year has been confirmed. The Nuestra Belleza Mexico Organization under the ownership of Mexican television channel, Televisa, and run by former Miss Universe, Lupita Jones, announced yesterday that they will no longer be sending representatives to the Miss World Pageant. They expressed their gratitude for their 21 year working relationship with the Miss World Organization and left open the possibility of taking up the franchise in the future again. The Miss World Organization will now have to start looking for a new franchise holder for Mexico if they want Mexico to be represented at the 2016 edition of the competition. Mexico has never won the crown, but finished as runner-up in 2005 and 2009.