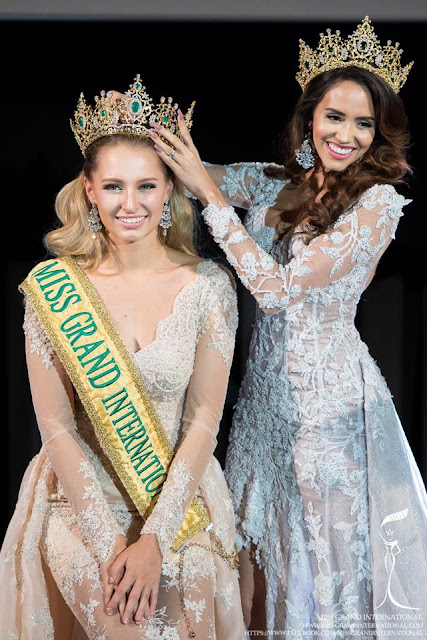 24 year old Claire Parker from Australia officially took over the Miss Grand International 2015 title which was previously held by Anea Garcia. Garcia was dethroned for being too demanding and her first runner-up then became the new title holder. Parker jetted into Bangkok, where she will be based until October and was crowned by 2014 title holder Lees Garcia from Cuba.
Posted by Andre at 1:26 PM