It was a well-deserved victory for Ntandoyenkosi. She has worked hard for this and this was her dream. I am glad she won and now she can look forward to a whole year of personal growth and development. I do think she was one of the most complete delegates of the 12. She is beautiful, intelligent, articulate, charming, relatable and she has one of the best bodies of the group. I believe she will carry the title with dignity and make South Africa proud. Am I going to pretend all of a sudden that she was my favorite? No, I had her in my top 5, but I had other favorites too. I am happy for her though and I wish her only the best and will definitely be a supporter. What I love about her is the way she carries herself and how humble and unassuming she is when she speaks. I also love that she is a teacher and that she has given Mpumalanga their second victory in just 2 years after a very long drought. I think she will do well at Miss World and have a very fulfilling reign as Miss South Africa. 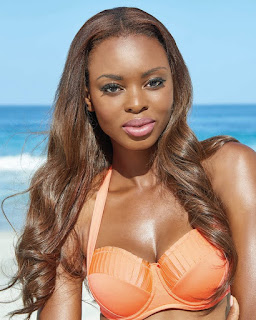 Elizabeth was always one of my favorites. From the moment I saw the girls, I had her in my top 5. She did amazingly well last night and became the runner-up to Miss SA. It must be bittersweet, because it was a case of "so near, yet so far", but we all know that there is a very really possibility that she could be called upon to represent South Africa at one of the international pageants. If that does happen, I hope it's Miss Universe. I think she could give South Africa a top 10 placement at Miss Universe. She made the Free State proud and she has a lot of reasons to celebrate what she has achieved. 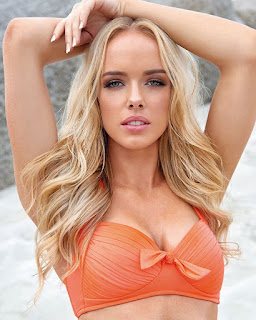 Based on the comments from the viewers on social media, Tayla was one of the hottest favorites of the night. I am super pleased for her that she won the Beach Fashion shoot prize. I think that it is well deserved victory and a fantastic opportunity for her. A lot of international fans also loved her and I know that they really want her back in two or three years. She should definitely consider it because she is still young and would be a very good Miss SA in two or three years' time. 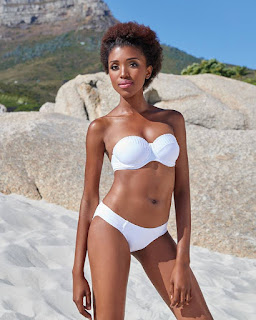 When I saw video footage of the pageant, I definitely reaffirmed what I believed I would say: Sharon-Rose Khumalo placed way too low. I think she was absolutely glowing. I love her features and her smile. And she seems like a kind and humble girl. I think it is an absolute shame that she will age out, because I would have loved for her to come back and take it all. I only noticed her half way through the whole journey, but now I want to say: what a beauty!!! 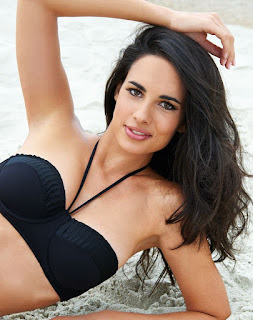 Ah, I am really pleased for Sarah. I love what she stands for and I think she is an amazing young woman. She appeared to be one of the more reserved girls, but I think she has a quiet confidence that sets her apart from the rest. I hope last night was a fantastic experience for. She is gorgeous and I loved her glam shot. What a well-deserved placement for a elegant and classy lady.

THE QUEEN OF HEARTS 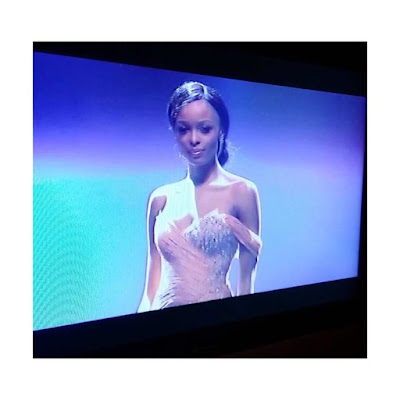 It is no secret that I wanted Reabetswe to win. She is gorgeous. Yes, she might not have the interview skills that some of the other delegates have, but that is something you can work on. When I pick girls who I want to win pageant, I always go for something special that I sense. So I gladly and boldly reaffirm the following: I picked her because I think she is gorgeous, humble, kind and sweet. I picked her because I think she would do well internationally. I picked her because I can see something very special in her. Do I feel that my choice should always win? No, of course not. I know that it's not as simple as just going on your gut feel or judging based on photos on videos. I did get the sense from the judges' videos that they wanted to send a clear message that the public choice is not necessarily the best choice. Fair enough. I hope Reabetswe did not become a victim of them sending a message to the "public", but I have confidence that they did what they feel was right. She did not win Miss South Africa, but she won lots of fans and followers. She gave it her all and that is more than enough. I believe great things are on the horizon for her. Even though I'd really love for her to return and try one more time, I would not necessarily encourage her to do so. I think she will achieve greatness regardless of what she decides to do in the future. Beautiful and gracious lady, class act. She has so much to be proud of. 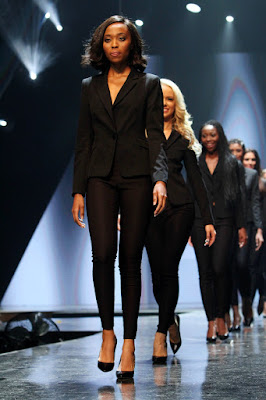 WHAT I WAS REALLY HAPPY ABOUT:

THE COVERAGE
The organizers made a massive effort this year to bring the delegates closer (so to speak) to the fans. That is exactly what Miss South Africa needed. There is a renewed interest in the pageant and they need to capitalize on that to ensure the longevity of the pageant. The coverage on their facebook page was fantastic and we saw the ladies taking part in great activities and loads of fun photo shoots. More, more, more. It's the right direction for Miss SA.

THE QUALITY OF THE TOP 12
I think the judges chose twelve lovely young women to represent South Africa's diversity and that is definitely something I want to see more of in the future. I think Rolene's win at Miss World has inspired lots amazing young ladies to enter, so I am super excited about what's to come. 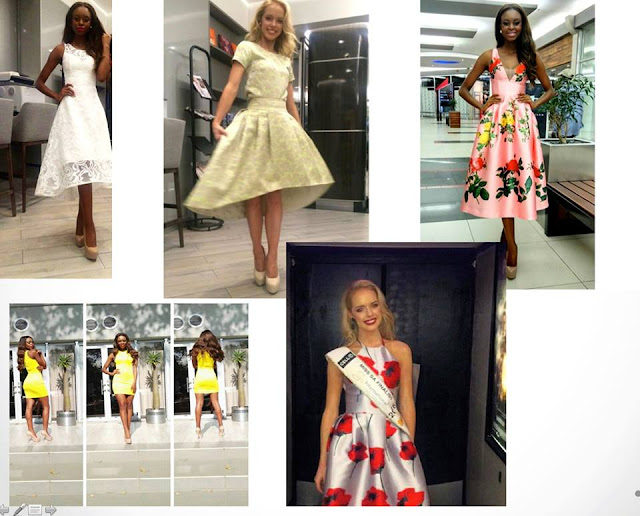 WHAT I WAS NOT TOO HAPPY ABOUT:

NO LIVESTREAM
Having the pageant on M-net and DSTV is great, but what about the loads of South Africans who can't afford DSTV. It would be great if they could look into a livestream. There is so much interest from international fans too. Yes, I know fans are annoying, but one day I hope that the organizers will value their fans and make sure that the pageant can be followed not only on satellite television channel. Most other national pageants do it. It's time for Miss SA to move ahead with the times.

WE KNOW BETTER THAN YOU
I found the judges' videos slightly condescending. There was a clear message: you base your picks on photos on videos, our job is harder. The public does not understand... I feel that is completely the wrong message to send out. I have been a fan for 25 years and I have seen and followed more pageants than probably a third of South Africa combined. Yes, I know you have a hard job, but I also know it's good to have the support of the fans. Welcome it, embrace it. Don't follow fans' comments or predictions, but you can't deny people the freedom of having their favorites. It's the age of social media. It's good for the pageant. Miss South Africa needs the publicity and fan support. It was a dying pageant just a few years ago and will probably go back to being just that in no time with this kind of attitude. Pick who you feel is the most deserving, but don't try to take the fun of pageantry for the fans. In my case, I am fully aware that I am not a judge. But I have a right to say who my favorite/favorites are. I do not earn money from my blog. For heaven's sake, I don't even live in South Africa anymore. I don't even stand to gain anything other than the pleasure and thrill of seeing South Africa do well internationally. And if my favorite does not win: so be it. I have nothing to gain and even less to lose. Miss Universe can teach Miss South Africa a very valuable lesson about respecting and valuing their fans. If they don't want to people to get involved, then don't call the title Miss South Africa. After I watched these videos, I got a really horrible feeling that the support I gave to Reabetswe and Sharon-Rose might have even hurt their chances. These are young girls. Not one of the top 12 asked for support or interacted with me other than posting "thank you" comments. In fact, I never interact with any girls before a pageant. Just the thought of them being possibly penalized because of the support they got makes me feel nauseous. It's just not right.

Earlier this week, I pointed out on my blog's facebook page that I was not sure about having two contestants' dressed by the designer who was also on the judging panel for the final interviews being the best idea. The girls probably chose designs that they loved and the judge could not really tell them not to do it. The organizers should have picked up on that and dealt with the situation accordingly. I have followed tens of thousands of national and international pageants. I pick up on every single little detail. It comes from years of living and breathing pageants. I stand by my views and feel that it is not right. Read my articles about several other pageants. I always stand by what I believe in and feel that I need to voice my opinions and the right to freedom of speech gives allows me to do it. Did I accuse anyone of anything? No, most definitely not! I have objections based on what is acceptable and unacceptable in all national and international pageants. I stand by my objections and think it's a lesson to be learned. Calling for mindfulness is not the same as hurling around accusations or saying the pageant is unfair or rigged. You can't ask a judge to step down one year and allow blurred lines a couple of years later. Sorry, I can't accept this. I am sick and tired of pageants getting a bad reputation and hearing the words "rigged" and "unfair" and "it's too political" due to a lack of mindfulness and integrity. I stand by this! I make up my own mind and will not change my views about this. I have always been against this and will continue to be against it for as long as I support pageants. 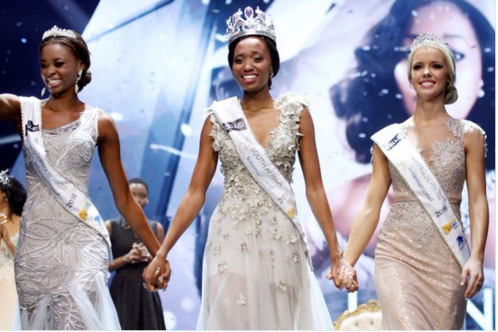 Finally, congratulations to all twelve finalists on a job well done and to the organizers for breathing new life into the pageant. May the popularity of Miss SA continue to rise again until it's something people love to follow and talk about again.
Posted by Andre at 8:54 PM