North Sulawesi's Kezia Roslin was named the winner of Puteri Indonesia 2016, defeating 38 other delegates, in Jakarta on Friday night. She is 24 years old, stands 1.83m tall and will represent Indonesia at the next Miss Universe Pageant at the end of this year. Roslin was crowned by outgoing Puteri Indonesia, Anindya Kusuma Putri, who placed in the top 15 at last year's Miss Universe Pageant and Miss International 2015, Edymar Martinez from Venezuela. Miss Universe, Pia Wurtzbach was invited to the event, but could not attend due to scheduling conflicts. 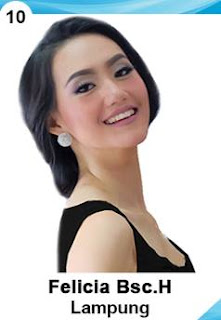 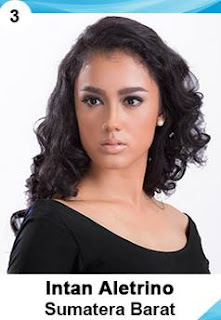 North Sumatra's Ariska Putri and Claudya Dara Chaerunnisa, who competed as Jakarta SCR 1, completed the top 5. The delegates from Aceh, Bali, Banten, Jakarta SCR 2 and South Sumatra made it to the top 10. 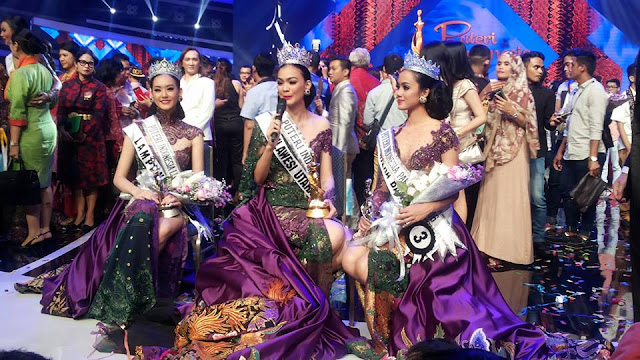 The judges clearly decided to go for TALL! But based on what I'm seeing, the girl going to Supranational has the most potential of the three. I'm sure the International girl will do well too as a reward for inviting Miss International to the event.

Photos courtesy of Puteri Indonesia and www.bintang.com
Posted by Andre at 8:14 AM