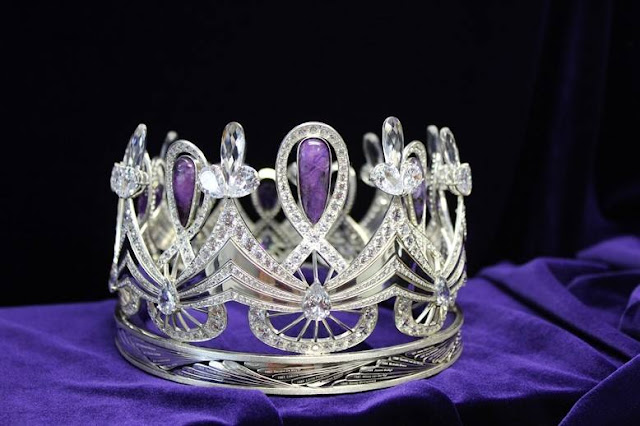 Miss South Africa has a new crown again. The Palesa which was used to crown Rolene Strauss, Ziphozakhe Zokufa and Liesl Laurie will make way for a brand new crown that is perhaps a little more of a traditonal pageant crown than the Palesa which was criticized for it's avant garde designed which did not exactly fit into the pageant mould. The new crowned will unveiled and named later today.