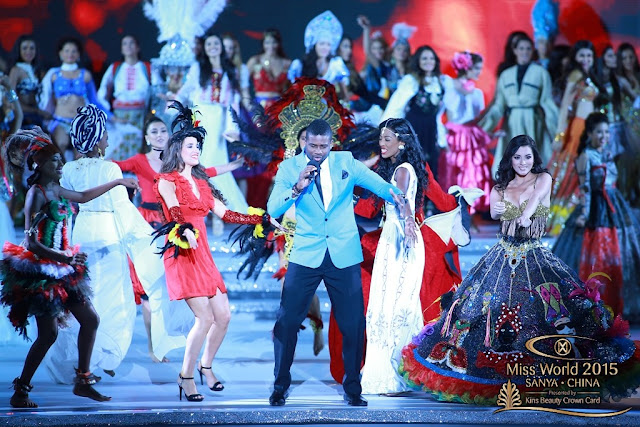 I woke up feeling rather empty the next morning. It's quite normal to feel a bit deflated after such a big event that you had been looking forward to for so long is over. I could not even imagine how the girls were feeling. Of course, I had to check the message boards and forums to see the reaction to the results. As always, the reaction was mixed, but more to the negative side. After two sensational Miss Worlds, Mireia's win came as a shock to most. One thing about pageant fans is that they are very, very hard to please, so I guess pageant owners have learned over time to grow thick skins and disregard all the negative comments, because you will just never be able to keep the fans happy. But look at me, here I am writing about the fact that Miss World 2015 started off as an unpleasant experience... so who am I to talk?!

To be completely honest, I could not wait to leave Sanya. I have heard it being promoted as the French Riviera of Asia... if that's the case, I'm not going to rush to the real French Riviera anytime soon. I made my way down and as usual the amazing friendly Nepali staff rushed to my side and that was a blessing, because they local staff did not speak much English. They were always super helpful and ready to try and use the Chinese that they have been forced to pick up to arrange anything I needed. 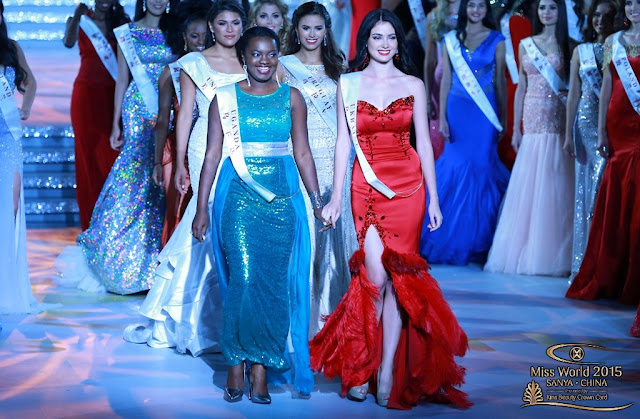 I saw the beautiful Miss Ukraine checking in next to me. She looked absolutely flawless, like a porcelain doll. I really thought she would be one of the favorites. She looked so perfect and radiant. I felt disappointed that she did not make it, but she did not look too upset at all. 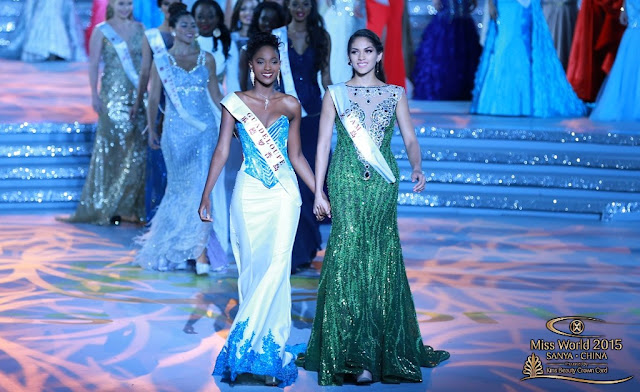 Miss Guadeloupe came in and she looked absolutely gorgeous. I was immediately drawn to her. Her skin was perfect and she just looked like such a serene beauty. She actually looks even more beautiful with very little makeup on. I think she noticed that I was staring, because we did make eye contact a few times. I kind of wanted to go up to her to tell her that I really wanted her to do well and that I think she was completely robbed. 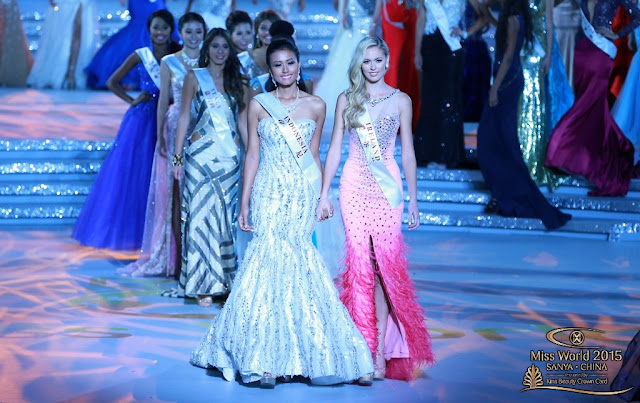 Later on as I was walking up down, trying to pass the time, I saw this tall, gorgeous blonde girl. I was like "Wow, who is that?" and then I thought I recognised her, but I was not sure. Later on I stood next to her at Starbucks and the accent gave it away. I was right, she was Miss Ireland, Sacha Livingstone. She was super friendly and polite. You could tell that she was just a genuinely nice girl. I almost told her that I ran a pageant blog and that when she won I was super excited for Ireland as I thought she would be a frontrunner. Seeing her in person there, I still think she should have made it.

I decided to go and sit in a corner to finish my Miss Universe reviews. As I stopped to reflect a bit, a sense of sadness enveloped me. I felt sad for the girls who put so much on the line for this. Time, effort, money... for most of them it probably felt like the investment was not even worth it. I hoped that they would realise that it is only a pageant and that being Miss World is an honor, but it's also much tougher than people imagine it to be. It's an unpredictable roller coaster of a year. I also hoped that they would not let this experience define them and that if anything, the friendships they have formed and life skills they have acquired are the most important things they could take from this experience.

Being brutally honest, I also felt sad for myself, like for them I realised that for me the dream is also over. I run a blog, yes, actually it just takes up my time and I do not get much else out of it. My dream of being in the industry is just that a (shattered) dream. And my love affair with Miss World, well I still have a soft spot for Miss World and Mrs. Morley, but I am no longer under the illusion that my 24 years of being a loyal fan has any value to them. Fans do not do anything for business and at the end of the day, it is still a business.

As I made my way to the gate, I thought about all the special memories over the years, the amazing friends I have made along the ways, interesting people I had met, the joy I felt every time South Africa did well (but also disappointment when always came so close) and the feeling of absolute elation when I finally heard those words uttered by Julia Morley on December 14, 2014: S.... OUTH AAAFRICA. That made me smile as I thought, "Good bye, Sanya! Good bye, Miss World! And thanks for all the good times."

Photos and video courtesy of the Miss World Organisation!
Posted by Andre at 10:31 AM