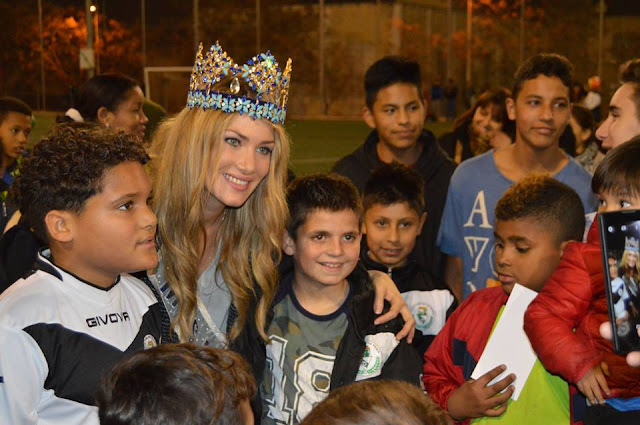 Miss World Organisation wants to clarify that:
The introduction video showing Mireia Lalaguna playing the piano did not form part of her official entry into miss world.

The video was made by the national organisers in Spain many weeks ago to introduce their contestant to the web and was not a part of the judging process of Miss World in any way. The video is set to a backing track which at one point Mireia joins in with.

A joke was made about all the music in the video being played by Mireia and she joined in with the joke but then her comments were taken out of context. Mireia regrets this and wishes to state categorically that she would not cheat nor does she approve of cheating in any way.

Talent Competition:
No videos are accepted as an entry to the Talent Competition. All the contestants must perform their talent live for the judging panel. Mireia entered the talent competition but did not qualify for the next round and therefore earned no points on this event.
Mike Dixon, Talent Judge declared: "Mireia came with Indonesia, United States and Curacao to a piano studio for the audition and play the piano live. Mireia did not qualify for the next round."
Posted by Andre at 3:41 PM