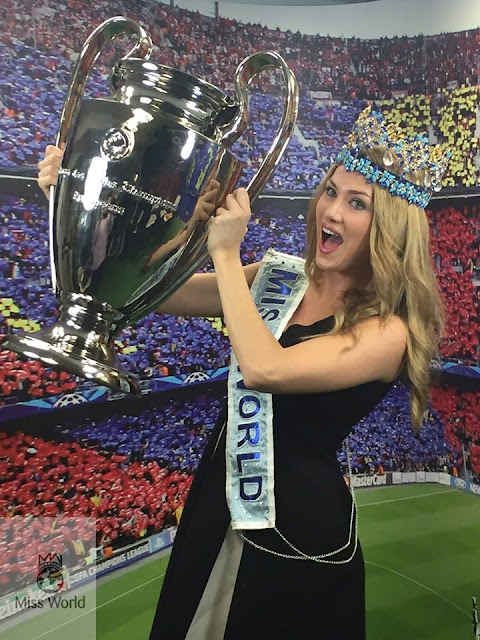 Mireia Lalaguna, Spain's first Miss World, has arrived in Barcelona, Spain for her official homecoming. Her first stop was the Diaro Sport Camp Nou, headquarters of FC Barcelona. She met the President of the Sports Council there and was also allowed to be photographed with the Champions League Trophy, Europe's most coveted football trophy. 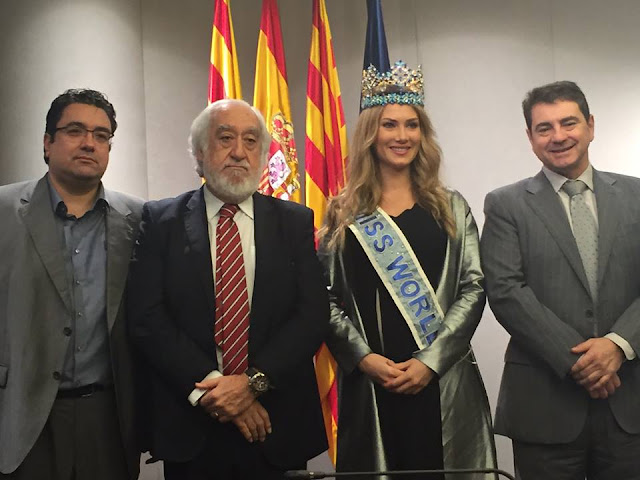 Second on her to-do list was a meeting with the President of Catalonia, Carles Puigdemont, at the Palau de la Generalitat de Catalunya. Puigdemont pledged his support to Miss World and congratulated her on her achievements. He stated that she is an exemplary role model for young people in Spain. 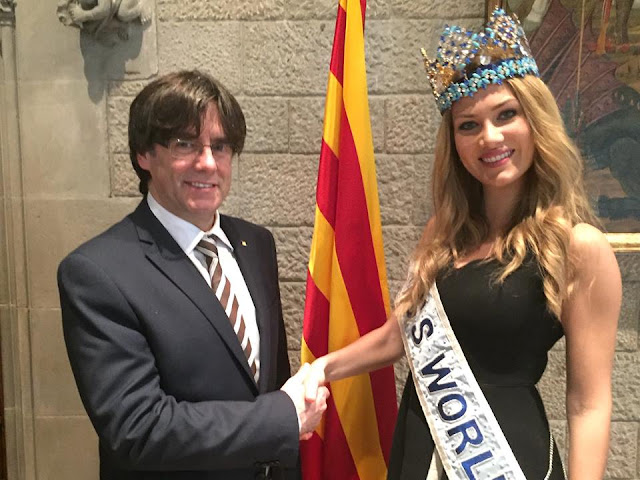 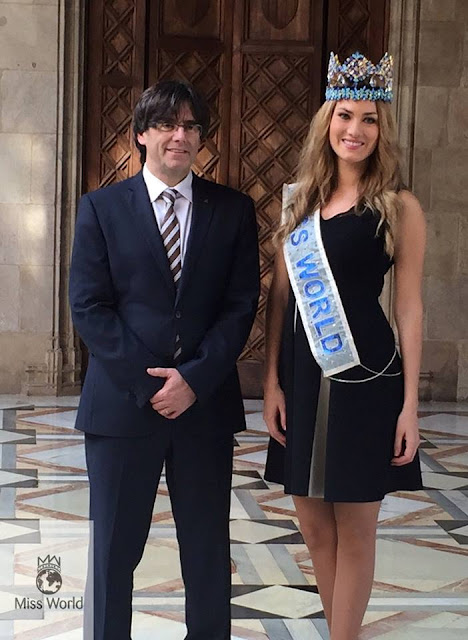 Photos courtesy of Miss World Organisation!
Posted by Andre at 7:32 AM