Miss Universe Meets President of the Republic of the Philippines 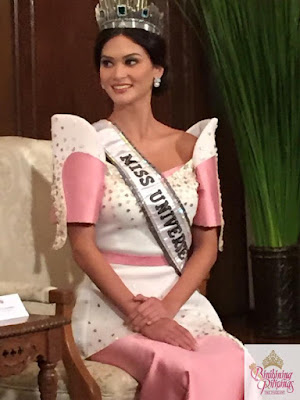 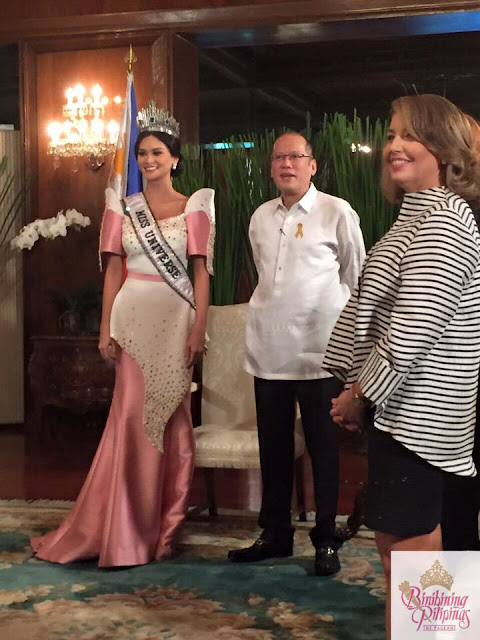 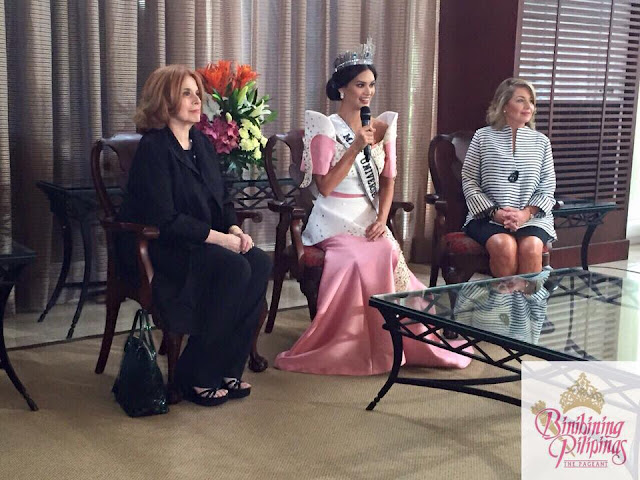 Miss Universe, Pia Wurtzbach, was granted an audience with President Benigno Aquino at the Malacanang Palace in Manila yesterday. Last year, newspapers reported that Wurtzbach had gone on a date with the president, but this year she was by his side for an official visit as her country's first Miss Universe in 42 years. Wurtzbach was accompanied by Miss Universe President, Paula Shugart, BPCI Chairwoman Stella Araneta, and members of the Miss Universe Organization. She later also visited the House of Representatives where she was hosted by Speaker Sonny Belmonte. 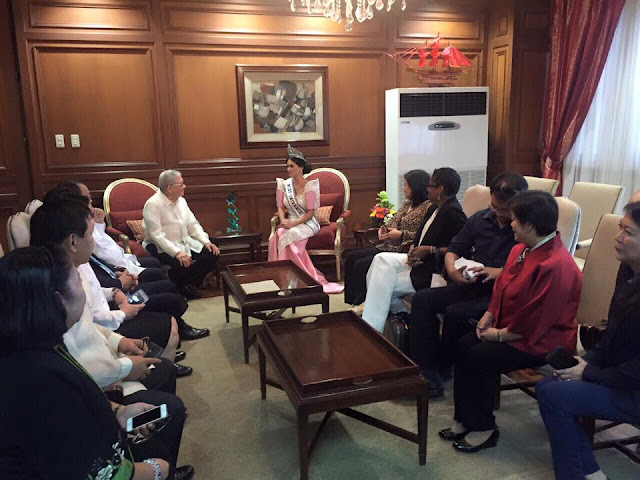 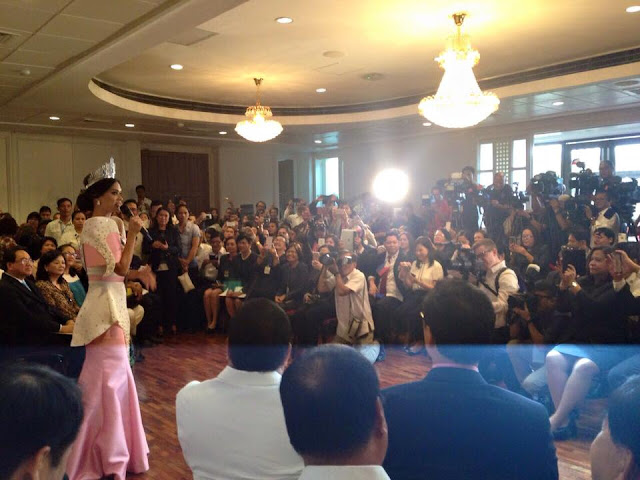 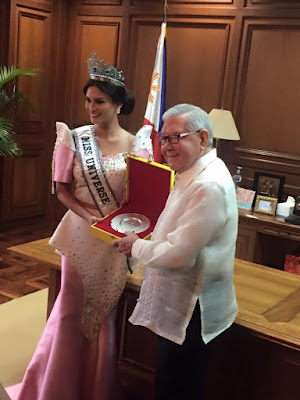