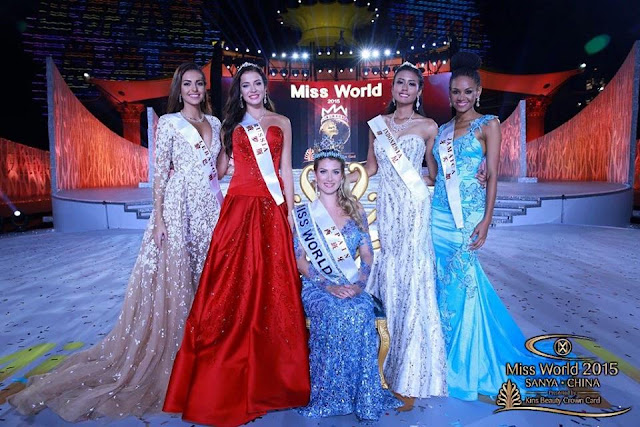 With the excitement of the crowning of a brand new Miss World still in the air, I was suddenly starting to regret my decision to not buy coronation gala tickets. Once the excitement of such a big night is over, you always kind of want to prolong it for just a little bit longer.

We decided to head back to the hotel and see if we could find tickets for the event. Once again, it seemed like no one knew what was going on and no one was sure what to do when being asked questions. As I mentioned before, that was really the recurring theme of this year’s Miss World Pageant for me… however, it might not really be a MWO issue, rather a host country issue.

As we made our way to the hotel, we saw the girls coming out of the venue with their bags and suitcases. Their Miss World experience was almost officially over. They just had to attend the coronation gala and then the their beauty queens would be over. You could immediately see who was totally over it. Some were definitely in a party mood, not that you can blame them. I would have been too after 4 weeks of stressful competition.

Back at the hotel, it was great to see a lot of the girls in action. There was so much beauty everywhere that I definitely did not know where to look. One thing that struck me again was that these girls are all so skinny. It does not always come across that way on photos.

There was jubilation for some, some had no one waiting for them, others burst into tears as soon as they saw their relatives. I saw a teary Miss Denmark hugging her family. At only 17 years of age, this must have been quite an experience. I admire any 17 year old who can survive a month of intense competition.
Sadly, and I could kick myself for this, my phone had died just as I left the makeshift arena. I could not take any photos, which was an absolute shame.
I got to meet Miss Tunisia, who was absolutely lovely and humble. Miss Brazil also looked even better in real life than in photos. She should have placed higher for sure.

There was just too much going on to be able to take everything in, but there were definitely a few things that stuck in my memory. I watched Miss Lebanon interact with people. What a class act! She was absolutely gracious, kind, sweet and sincere. She would have made a fantastic Miss World. I really thought she had it in the bag. Valerie also had a lot of support in the online pageant community, although a few of her fans tended to become a bit abrasive and rude at times. They should know that their queen is absolutely lovely and I do not think she would approve of some of the nastiness that had been going on online. I think she is an amazing young woman and it’s really too bad that she won’t get to be Miss World. 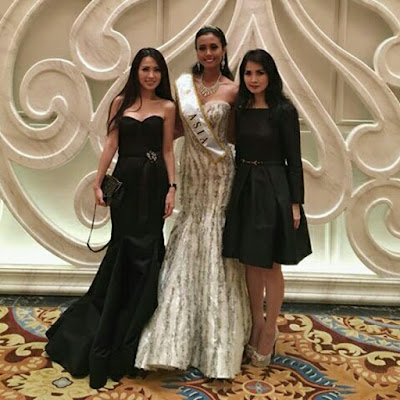 Miss Jamaica also came out of the bus and was greeted and congratulated by a lot of the girls and people at the hotel. She seemed vibrant and cool and I’m glad she made it so far. She’s also much prettier in real life than on photos. She has the most beautiful skin. Miss Indonesia also took photos with a lot of fans and people at the hotel. She seemed ecstatic that she did so well. It was really nice to see even though I did not really agree with her placement. The first thing I noticed was that her beautiful white gown had become quite dirty at the bottom. I don’t know why that got stuck in my mind, because it’s pretty normal in the pageant world.
Miss Russia also spent quite a bit of time in the hotel lobby. Now I went in with not so good vibes about/towards her, because of the rumors that she was going to win, but seeing her in real life changed that. She looked absolutely resplendent in her gorgeous red gown. She was kind, patient and gracious – taking photos with everyone who asked her to do so. She seemed happy, relaxed and at peace with her placement. She is Russia’s first 1st runner-up and third best performing Russian since they started competing as Russia. Now here’s something really embarrassing that happened. I had no idea that she was standing behind me when I was talking to someone and the heel of my shoe  caught the very end of her massive red dress. A tap on the shoulder and a “Sorry, excuse me, please… you are on my dress” equaled the most embarrassing moment of the night for me. I almost burnt out right there on the spot due to embarrassment. She was so sweet about it though and she’s really gorgeous in real life. I think she would have made a fantastic Miss World too.

Then there was a commotion. The new Miss World was ushered in within 30 seconds, taken straight to an elevator, and she was gone just as quickly as she arrived. Andrew Minarik was behind her, watching her like a hawk, making sure no one got to close. It was obviously his job to make sure that she looked gorgeous for the next part of her evening, the coronation gala. 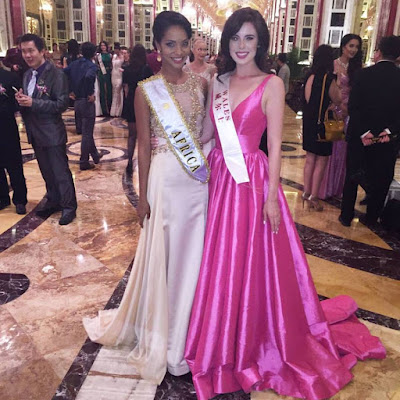 I still wanted to get into the coronation gala, but I just gave up after spending about an hour to try and buy a last minute ticket. Yes, I know it’s my fault. It was my decision not to buy one and I don’t blame the MWO or the host organization for my stupidity. I was later told by more than one person that I should be happy that I didn’t go as they ran out of food pretty much right from the start. Apparently a lot of the girls even had to go back to their rooms hungry. I heard a lot of complaints the following day, especially given the fact that the guest who did attend paid $150 for this gala.

I still had the feeling that my evening was not complete. There was a bit of a void. One of the big reasons why I wanted to go Miss World was to meet my fellow South African and by that point (freshly) former Miss World, Rolene Strauss.  I was hoping to at least just get a glimpse of her, but I knew it was highly unlikely. People were coming and going. Some of the girls had changed into party dresses, others were still in their gowns. A few of them were really kind and sweet, greeting people as they exited the elevator on their way to the coronation ball. Miss World America, Miss Nepal and Miss Panama are some of the names that come mind when I try to remember who the girls were that greeted everyone as they came out.

I pretty much knew my Miss World experience was over, but I was not ready to let go. I have been a fan for 24 years and have only attended 3 times. I did not feel fulfilled at all. I wanted more. It was late, after midnight, and I decided to just stick around for ten more minutes before I called time on my Miss World experience. It was just about then that I heard the elevator open and saw three gorgeous ladies in red exit the elevator. There she was: Rolene Strauss!