I was delighted when it was finally time for the real show to start. Tim Vincent, Angela and Megan took their places and it was cue music and off we go Miss World 2015. Now I must say that I can’t actually remember much, so I will just share some thoughts that obviously stuck with me. I’ll do a review of the telecast as soon as I can get hold of a decent copy. 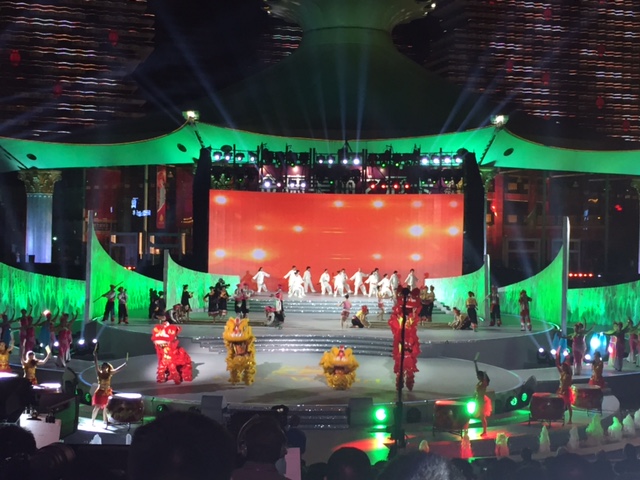 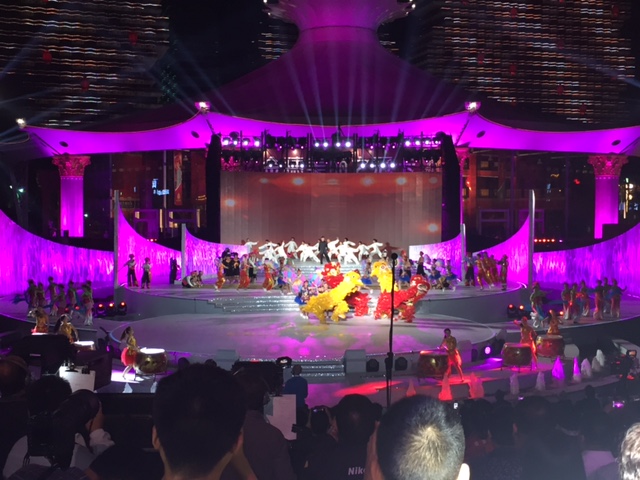 Looking back now, I do think Mireia is beautiful and a deserving winner. I thought she looked reserved all night long. Also composed – almost to the point where she appeared aloof. I quickly composed myself and remember it was Spain’s first win ever and that was cool. Then the next thought was. Julia really showed them. Russia did well, but did not win. Philippines (despite their troubled relationship with China) performed well and China did not make it to the top 10. Well, in all honestly, top 20 was a stretch. Top 50 would have been better. It was all over though and we had a new Miss World.


As we made our way out, we stopped at the stage after the fireworks display had stopped and lots of photos were taking. They were busy interviewing the new Miss World on stage. We stopped in front of the judges’ table where people were taking photos of Mrs. Morley and the former Miss Worlds. I was glad that I could finally see them. The moments when the presenters were in the audience or when they were talking to the judges were not shown on the big screen. You could only see what was going on on stage. Nothing was shown on the screen apart from the Miss World logos.

I looked at Mrs. Morley and was amazed by how fantastic she looked. She does not even look half her age.  She looked so beautiful, young and energetic. We had a nanosecond of eye contact. I almost wanted to approach her and tell her that I had been a fan for so long and always wanted to meet her, but I could not stand the thought of being brushed off after the day’s events. There was a tinge of sadness as I realized that I would probably not attend another Miss World final and get the chance to meet her. She would never know how much I have looked up to her, how much she has inspired me to try and also do good in the world.  I have heard that she is super polite to fans, but I just could not muster up the courage to introduce myself and tell her that we have had sporadic contact over the years (if she really replies to e-mails herself ) and that I have been a firm supporter of and believer in her and her organisation. I saw her taking her formers by hand forming a train with her in the middle and leading them out. It’s beautiful to see her being so protective of her formers. Miss World is her baby after all and these winners (well, some of them anyway) become like her daughers or granddaughters.

As I walked out, I turned out one more time to take a final glimpse of the Miss World stage. I realized that despite everything, I do still have a lot of good feelings in my heart for this pageant.