It only took 23 years of waiting, rather impatiently I must admit, but in the end it was definitely worth the wait. On December 14, 2014 it finally happened in London, England. I started following Miss World at the age of eleven way back in 1991 and since then I have been a fan and follower of the Miss World Organisation. South Africa has always been more successful at Miss World than Miss Universe, but we usually just came close without actually taking the top prize (well, in my time). Year after year I felt disappointed and thought to myself, “Oh well, maybe next year!”

Then a very special lady with the name of Rolene Strauss came along. I had been following her since the days when she entered Miss South Africa 2011 and I knew there was something special about her.  She was only 19 at the time and I could see that, although already spectacular at the time, she had not even yet reached her full potential and that was super exciting. My comment on “If I were a judge: Miss South Africa 2011” for Rolene was: Rolene is absolutely stunning. She has a look that reminds me of the look the Miss Universe Australia judges have been going for. She might be a bit too young for the title this year, but I really want her to come back in about 3 years from now and win the crown!!! She would do really well internationally. If she wins it all this year, I would be over the moon. 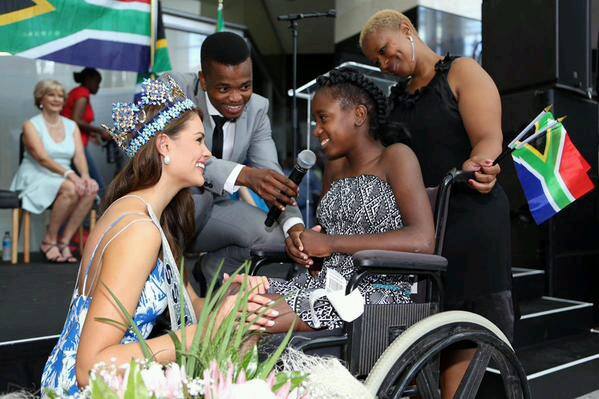 Well, Melinda Bam took the title in 2011, and Rolene went back to her medical studies. But she did not give up on her dream of becoming Miss South Africa. Three years later, she came back. She was still just as gorgeous, but something was different. She had this newfound confidence and self-belief and the few extra years of life experience made her even more appealing than the first time around. She was the runaway favorite and despite the fact that fans saw two great contenders in the form of Rolene and Ziphozakhe Zokufa, it was quite evident that it was Rolene’s year and that nothing would prevent her from becoming Miss South Africa 2014. Her dream came true on March 30, 2014. Rolene won Miss SA and captured the hearts of fans not only in her home country, but around the world. Immediately fans started saying she MUST win Miss World or Miss Universe.

Rolene fulfilled her duties as Miss South Africa with grace and class. She always looked radiant and remained humbled and focused throughout her year. Her humility and kindness made her a well-loved and respected public figure in South Africa. As the year progressed, it became evident that Miss World would happen before Miss Universe and she started preparing to represent South Africa at Miss World and perhaps within a few weeks after that at Miss Universe.


On November 21, Strauss jetted off to London, England to join more than 110 other beauties with a dream similar to hers, becoming the next Miss World. From before she even arrived in London until the 14th of December, she was the clear favorite. She was the ONLY favorite. It was not just her exquisite beauty, intelligence and her sweet demeanor that made her a fan favorite. There was a beauty that radiated from her soul. She never tried too hard and exuded a sense of serenity that set her apart from the rest. She was truly just in a class of her own.

The 2014 edition of Miss World was probably the longest one ever for me. I knew that if it didn’t happen that year for South Africa, I would probably never live to see a South African capturing this title. I believed in Rolene, but you can’t help but feeling anxious and apprehensive because you never know what the judges are looking for. I knew she deserved it and that she would be an amazing Miss World, but I had been disappointed so many times before. December 14th seemed endless. And worst of all, I actually had to stay up until almost midnight here in Shanghai, waiting for the pageant to start.


From the moment I saw Rolene taking the stage, I knew it was going to be her night. She looked so calm and radiant – she was positively glowing. You just know when someone has that belief in what was meant to be will happen. It is probably this sense of inner peace that made her look so radiant. It was almost as if you could sense that this would not define her life and that winner or not, she would achieve something special because this was all just part of a greater plan. When she used the word meaningful in her answer, I knew the title was hers.

Then came the moment when Julia Morley took to the stage to make the big announcement of the night. And when she uttered the words: And Miss World 2014 is SOUTH AFRICA, I had goosebumps all over. I still don’t even know how to describe that feeling. I was just so happy that a South African finally won Miss World again, but most importantly someone who was so beautiful, so charming, so graceful and someone who truly deserved it. The most beautiful moment was when she walked towards Megan Young to be crowned, and you could see Megan’s joy and excitement for a girl who had become her friend. Rolene only briefly lost her composure and it gave us a brief glimpse of the excitement and joy that she was experiencing at that moment. It was well after midnight, at about 2 am, on a Monday morning when I could go to bed for 3 and a half hours before tackling another 10 hour work day, but this was one time when I knew that pure happiness and adrenaline would carry me through a whole week.


Her win made headlines in South Africa. It was all over the television, radio, newspapers and magazines. South Africa had a new queen and the nation was celebrating her victory. Rolene made a triumphant return to South Africa a week later. She was now a household name and thousands of well-wishers and fans turned out to support her. I can only imagine what must have been going through her head: excitement, joy, apprehension, fear?! Still, she was completely composed and determined to let her country share in her joy. Always humble, always kind, always sincere, always Rolene.

That’s pretty much how her reign went too. She impressed people in every country that she visited – from India to Indonesia, from the United States to Jamaica to Sri Lanka to China. Her beauty, grace, humility  groundedness, kindness towards her hosts and fans and compassion made her a Miss World you wanted to follow and it never faded throughout the year. In fact, as she embarked on her travels, she just became more and more beautiful, charming and enigmatic.

I was watching some of the Behind the Scenes videos of Miss World 2015 last night and kept looking at her in the clips wondering “What is it about this girl that makes her so different?” I have pretty much given up trying to define it, but I guess it’s that perfect combination when inner beauty meets physical beauty with the added bonus of someone who is completely sincere and aware that this is just the stepping stone that has prepared her for a lifelong commitment: a commitment to her passion and purpose. Yes, Miss World is only the beginning for her. What comes after this title will be even greater. She is going to become a wife, probably a mother, but also a doctor. She will be a caregiver and nurturer and use that to help the people of her community and country. I think the most beautiful thing about Rolene is that all the qualities that made her such a fantastic Miss World title holder are 100% real. She has the grace, she has the elegance, she has the inner beauty and she has never and will never have to force it or fake it. It’s just ingrained in her DNA. She had massive shoes to fill having followed after Megan Young, but she did so and exceeded my expectations, leaving a very tough act to follow for the next Miss World. 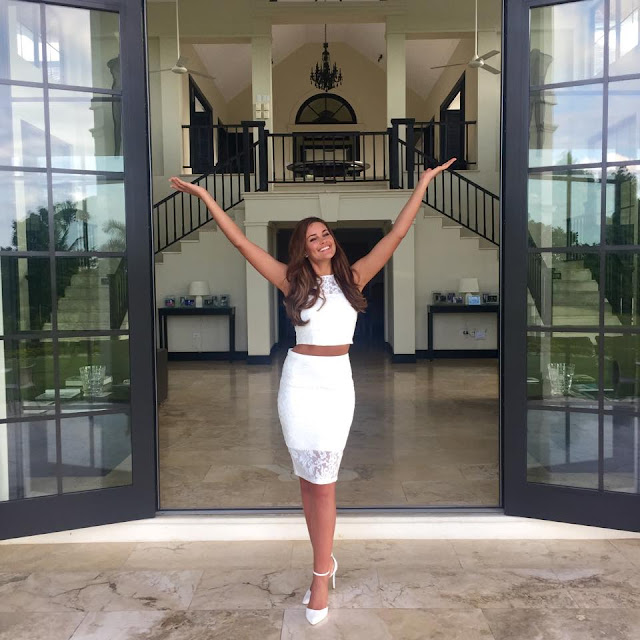 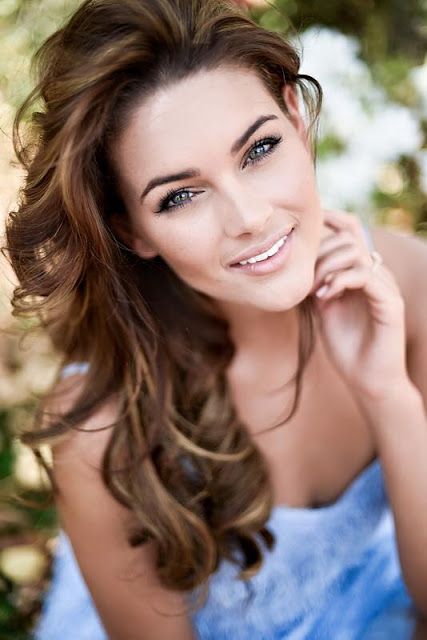 When I take my place in the audience on Saturday night, I will be filled with excitement and pride. It will be the third time that I attend, but this time will be extra special as this time I will watch a fellow South African taking the stage as the reigning Miss World to crown her successor before she embarks on the next stage of her journey.

Rolene, you have represented yourself, your family, your friends, your country and the world beautifully this year. I couldn’t be more proud of the way you carried this title and the way you handled yourself as Miss World. With the help of Werner, you always looked exquisite but there was so much more to it than that. It is the woman you are and the one who you want to become that made you so special and unforgettable. I have waited for 23 years to see a South African hold this title and I want to thank you for giving me so many to reasons to feel so proud and happy during the last 12 months. The next part of your journey awaits and I want to wish you all the luck in the world. I know you will achieve great things and I know that you will always be a true beauty with a purpose. I will be bursting with pride this Saturday night and I will remain a huge fan of yours.

Wishing you lots of love, happiness, laughter and light – now and always.

I think I have watched this more than
a thousand time during the last year.
Posted by Andre at 12:31 PM