Miss Paraguay, Stephania Vasquez Stegman, defeated 81 other delegates in Poland last night to be crowned Miss Supranational 2015. The 23 year old beauty stands 1.77m tall and is the 7th Miss Supranational and the first ever from Paraguay to win the title. With her win, she also secured the biggest major international pageant title so far for her country. She will represent the Miss Supranational, which is based in Poland, for the next year. Stegman was crowned by outgoing queen, Asha Baht from India. 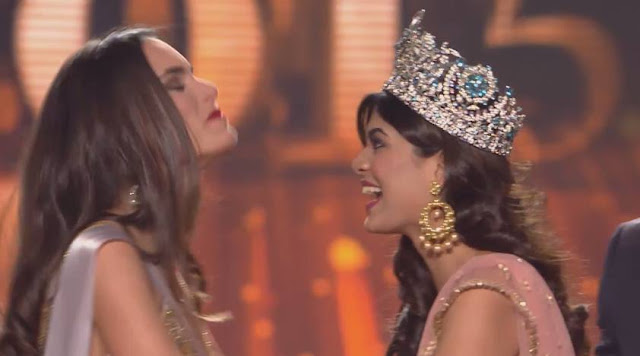 The first runner-up was Miss Canada, Sierra Bearchell and the second runner-up was Miss Colombia, Monica Castano. Iceland's Tania Yr Asporsdottir finished as the third runner-up while Mexico's Karina Martin finished as the fourth runner-up. The delegates from Panama, Malaysia, India, the Slovak Republic and Australia completed the top 10.
Misses Japan, Czech Republic, Philippines, Belgium, Rwanda, Poland, Jamaica, United States and Kenya made it to the top 20 alongside Miss Myanmar, who was the winner of the Internet Voting competition. The continental winners were Rwanda for Africa, Panama for the Americas, India for Asia and Slovak Republic for Europe.
Beautiful winner. Don't know how I missed her. I sucked at this one as only 11 of my 20 made it and none of my top 3 made it. But it's not the biggest surprise because I have not followed this pageant at all and I don't understand their selection criteria either. I must say that they had a really beautiful top 5 though and I'm so happy that Paraguay won their first major international pageant!
Posted by Andre at 6:47 AM