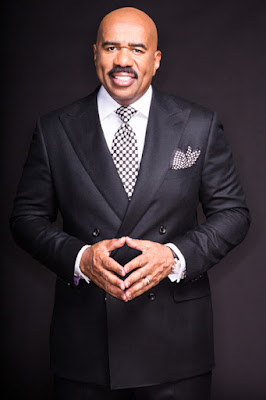 “I am thrilled to be hosting this iconic event for the first time ever,” said Harvey. “It’s exciting to be working with FOX, IMG and The Miss Universe Organization to make this year’s MISS UNIVERSE® telecast a huge success.”

“Steve Harvey is one of the funniest, most likeable personalities on TV today, and he’s the perfect host for this very special evening,” said David Madden, President, Entertainment, Fox Broadcasting Company. “The combination of Steve and the talented, impressive women vying for the Miss Universe title is sure to make this a night to remember.”

Steve Harvey is a TV personality, talk show host, actor and comedian who currently hosts two popular TV shows: “The Steve Harvey Show,” which premiered in 2011; and game show “Family Feud,” which he began hosting in 2010; as well as a nationally syndicated radio show, “The Steve Harvey Morning Show,” since its inception in 2000. Harvey began his career doing stand-up comedy in the mid-1980s. His success as a comedian eventually led to a long stint as host of “It's Showtime at the Apollo,” as well as various acting, hosting, writing and producing roles. Harvey’s television and film career includes roles in “Me and The Boys,” “The Steve Harvey Show,” “Steve Harvey's Big Time Challenge,” “Love Don't Cost a Thing,” “You Got Served,” “Johnson Family Vacation” and “Madea Goes to Jail.” In addition, Harvey is a best-selling author.

The MISS UNIVERSE® telecast is one of the most-watched events in the world, with distribution in approximately 190 countries and territories. Contestants from more than 80 countries will vie to become the next Miss Universe in this special programming event, which will conclude with current Miss Universe Paulina Vega of Colombia crowning her successor.

Courtesy of www.steveharvey.com
Posted by Andre at 10:01 AM