Miss Earth 2015: Back to Back Victory for the Philippines 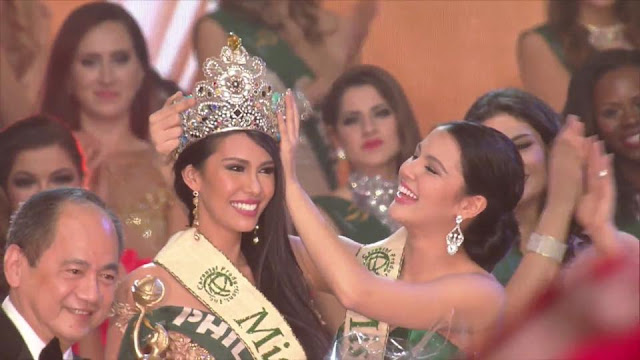 Angelia Ong, 25, defeated 85 other delegates to win a historical back to back win for her country, the Philippines, when she was crowned Miss Earth 2015 last night in Vienna, Austria. The new Miss Earth is the third Filipino to win the Miss Earth title and she is the 15th Miss Earth. 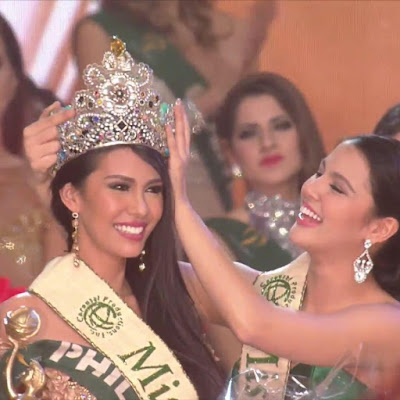 The top 8 were completed by the delegates from Austria, Chile, Colombia and Venezuela. Misses Czech Republic, France, Guam, Hungary, Mauritius, Mongolia, Scotland and Ukraine were called into the top 16 before being eliminated from the competition. 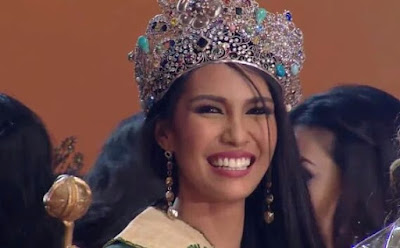 OK the results are really odd to me. I will have to watch the pageant to understand them. Jamie Herrell is a stunning woman, but I'm not sure about the new winner. She's in the Karla Henry league for me. Of the top 4, I would say that Brazil should have won, followed by USA, the Philippines and Australia. With four pageants going on at the same time, I am glad I did not spend time following this one intensely and do reviews for it. I got it so wrong anyway. I guess I just don't get them.
Posted by Andre at 7:41 AM