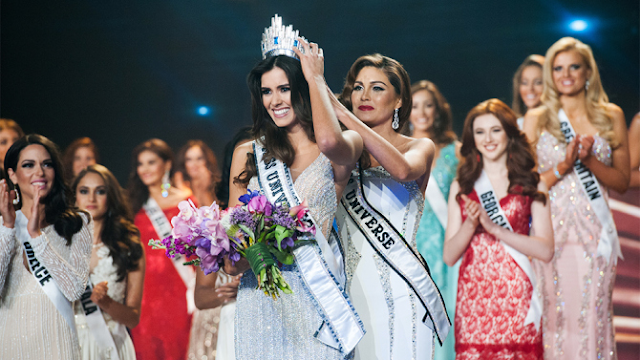 IMG and The Miss Universe Organization announced Wednesday that Fox in December will broadcast the Miss Universe pageant, an event that had aired the previous dozen years on NBC. As part of IMG’s agreement, the network will also have domestic rights to air Miss USA next year.

WME/IMG acquired the Miss Universe organization from Donald Trump last month, expanding the company’s portfolio of global media events and media properties across entertainment and live events. The sale followed the messy breakup in July of the 12-year partnership between Trump, a candidate for the GOP presidential nomination, and NBC Universal in the beauty pageant business.
Prior to the acquisition, IMG had produced a number of pageants for The Miss Universe Organization and will continue to do so with this year’s Miss Universe telecast.

“Miss Universe is a unique, global media property and this partnership with Fox marks a new era for The Miss Universe Organization as a whole,” said Michael Antinoro, SVP of Original Content, IMG. “As the broadcast leader in innovative and groundbreaking live events, Fox is the perfect partner as we look to implement new and exciting changes to this show and the franchise.”

The “64th Annual Miss Universe Pageant” will air on Sunday, Dec. 20 from Planet Hollywood Resort & Casino in Las Vegas. The three-hour telecast will air live from 7 to 10 p.m. ET and tape-delayed in the West. The prior edition, in January of this year, averaged a 2.0 rating/6 share in adults 18-49 and 7.7 million viewers on NBC.

The Miss Universe telecast is one of the most-watched events in the world, with distribution in approximately 190 countries and territories. Contestants from more than 80 countries will vie to become the next Miss Universe in the December event, which will conclude with current Miss Universe Paulina Vega of Colombia crowning her successor.