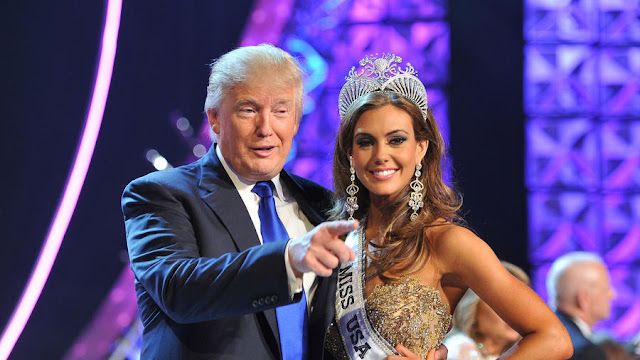 WME/IMG has added another event franchise to its holdings, cutting a deal with Donald Trump to acquire the Miss Universe Organization. The sale follows the messy breakup in July of the 12-year partnership between Trump, now the front-runner for the GOP presidential nomination, and NBCUniversal in the beauty pageant business.

The company produces the the Miss Universe, Miss USA and Miss Teen USA pageants and related content. Financial details were not disclosed.

“Having worked closely with The Miss Universe Organization in the past, we understand the incredible potential of the events and the star-quality of the participants,” said Mark Shapiro, chief content officer of WME/IMG. “The global reach of The Miss Universe Organization and the content opportunities presented by the pageants make this a strong, strategic addition to our portfolio.”

Trump and NBCUniversal parted ways in the joint venture they established in 2002 after Trump made incendiary remarks in June about Mexican immigrants as part of his presidential campaign bid. Univision set a five-year, $13.5 million deal for the Spanish-language rights to the Miss USA pageant that was to begin this year with the July 12 pageant, but it dropped the telecast after Trump asserted that many Mexican immigrants were criminals and “rapists.”

After Univision dropped out, the mounting pressure forced NBC to also scrap its broadcast. NBCUniversal is investing big in Spanish-language media, through its Telemundo and NBC Universo networks, and could not afford to alienate Latino viewers.

Trump sued NBCUniversal and Univision for breach of contract. But as part of the settlement with NBCU, Trump bought out the Peacock’s 51% share in the Miss Universe Organization, which smoothed the way for the sale to WME/IMG.

IMG had already worked with Miss Universe on licensing deals in the past. The pageants are a natural fit with IMG’s focus on owning event franchises that yield big media rights and sponsorship deals. The company earlier this year bought the Professional Bull Riders sports league for the same strategic rationale.

The value of the Miss Universe Organization undoubtedly was diminished by the upheaval surrounding this year’s Miss USA pageant, which probably made for an opportunistic buy on WME/IMG’s part. Trump bought the company in 1996 from ITT Corp. He struck a broadcasting partnership with CBS for a few years before cutting a joint venture with NBC in 2002. The Miss Universe business began in 1952 with a swimwear competition in 1952 in Long Beach, Calif., according to the company’s website.

“I have truly enjoyed owning the Miss Universe, Miss USA and Miss Teen USA pageants,” said Trump. “When I purchased the pageants many years ago, they were in serious trouble. It has been a great honor making them so successful and I have really enjoyed watching the pageants grow throughout the USA and worldwide. The pageants are now in the hands of a great company that will shepherd them to even greater levels of success.”

WME/IMG’s first order of business will be to find new domestic TV partners for the pageants. The July 12 telecast wound up airing on ReelzChannel after NBC and Univision pulled out. It’s unclear whether Univision will seek to restore its contract now that the company is in different hands. According to Trump’s $500 million lawsuit against Univision, Univision had planned to pay off the full value of the contract even as it dropped the program.

Source: http://www.msn.com/en-us/tv/news/wme-img-acquires-miss-universe-organization-from-donald-trump/ar-AAehiZz?ocid=ASUDHP
Posted by Andre at 6:27 AM