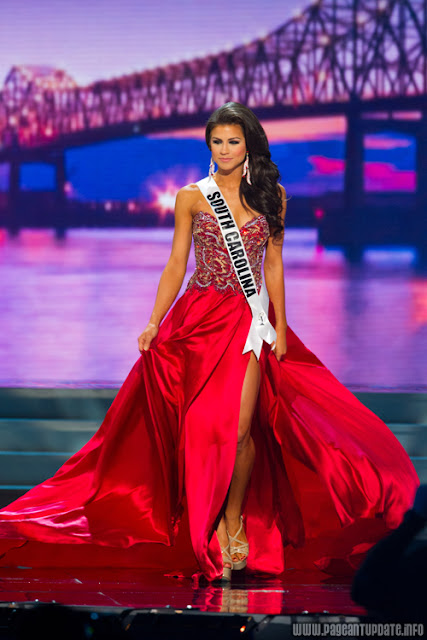 The Carolinas always come in strong. Their delegates always show up super prepared and ready to fight for a spot in the top 15. Sarah is no exception. Facially I find her very attractive and I think she was really solid in the preliminaries, especially in evening gown. She is in contention for a spot in the top 15, but there are several other delegates who could steal her thunder. 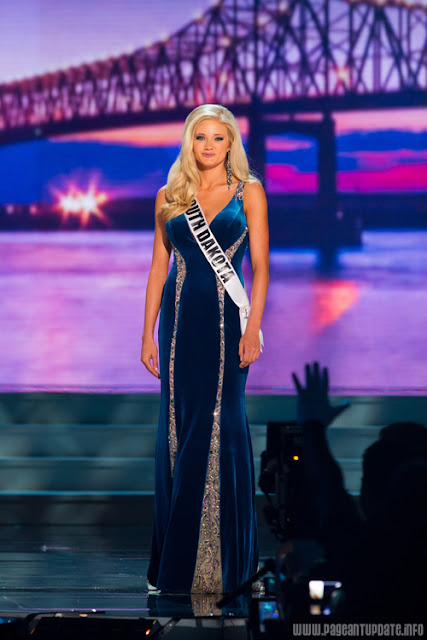 Lexy was Miss South Dakota Teen USA 2011 and she failed to place at Miss Teen USA 2011. There are pageant fans who think she could place this time around, but I am not so sure. I think the competition might just be a bit too strong. 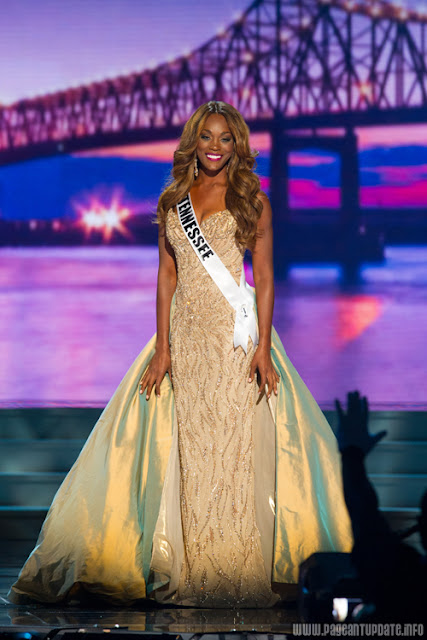 I thought Kiara would come in and make a huge impact and in many ways she did. Not just quite as expected for me though. I wish she had not changed her hair color, because with darker hair she could have been much stronger. You can't deny though that she knows how to work a stage. 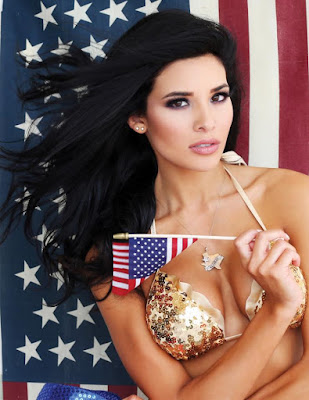 It's not surprise that Yilianna is one of the major front-runners for the crown. Texas always comes in strong. I have always liked her and I still think she is going to be one of ones to beat on Sunday night. I absolutely adore her sultry, exotic beauty and I would be ecstatic if she gives Texas their 10th Miss USA title. 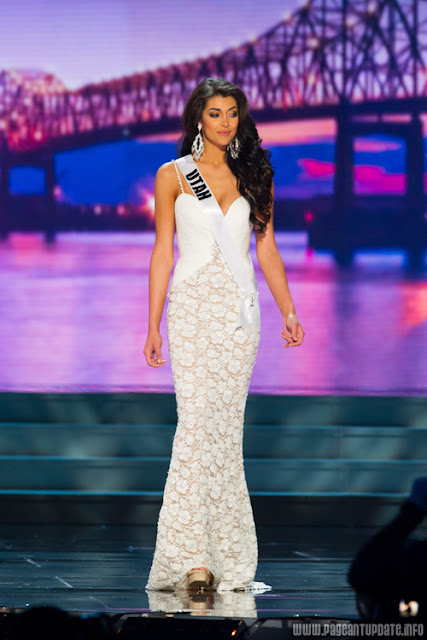 Nicol's sister, Melissa, was one of the major favorites for the Miss USA title in 2013, but she had a "youtube moment" and messed up her final question and pretty much lost the crown just then and there. Nicol has not been getting as much buzz as her sister. They look pretty alike though and I think Nicol is good enough to place in the top 15. It definitely could happen. 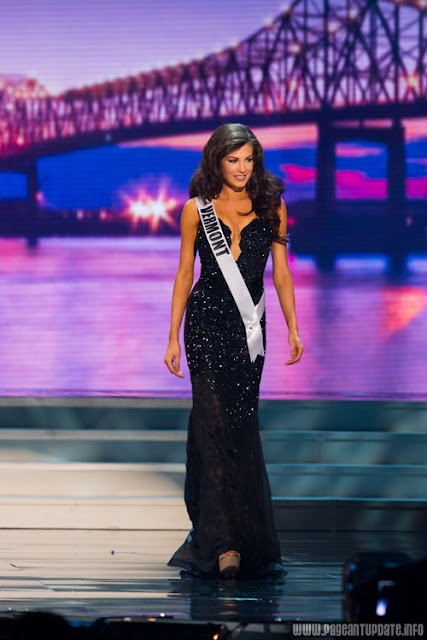 Jackie is one of the stronger delegates from Vermont in recent years. I think she was one of my pleasant surprises during the preliminaries. She performed well, especially in gown. I think she should feel very proud of her efforts. 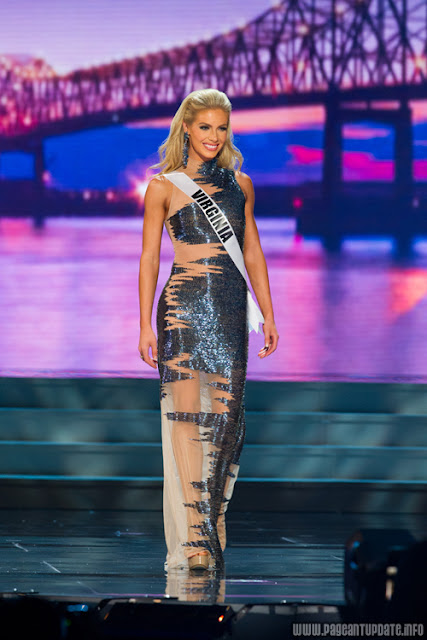 Here's another lady that's growing on me. Based on pure beauty alone, I did not really think she would make that much of an impact, but I must say that she was wrong. I think Laura came in strong and she is one of the most serious and accomplished of the bunch. She is definitely not an airhead and I am sure she aced the interview competition. A panel of formers might just help her go even further than expected. (Rumor also has it that she is Paula Shugart's favorite for the crown!) 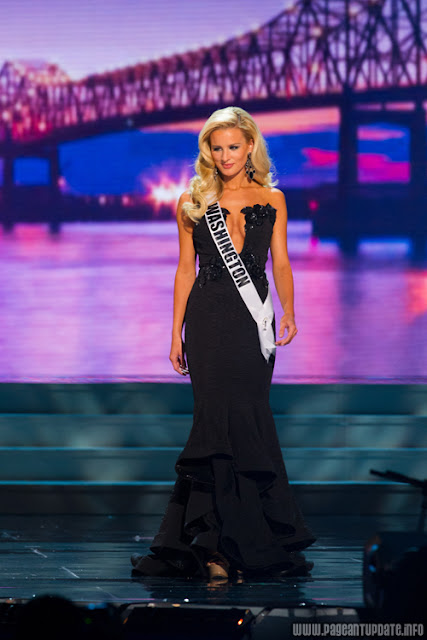 Even though McKenzie clearly gave it her all and represented her state extremely well, I think it's such a competitive year that she might just miss the cut. However, she is one of the best representatives from Washington I've seen, and I think in a weaker year, she could have made it. 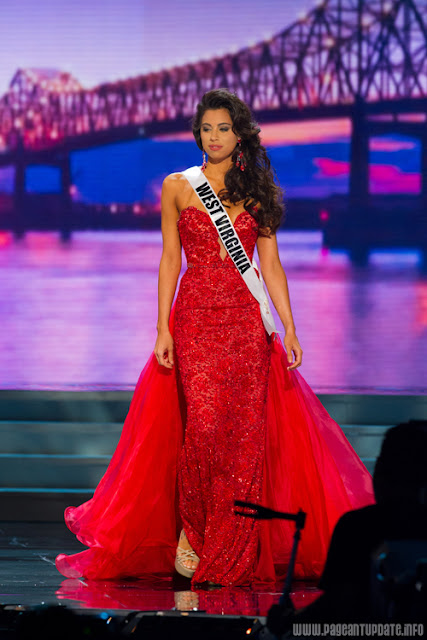 I think this is a great year for Miss USA in terms of the quality of their delegates and it is really a shame that only 15 can place. Andrea is another one that is exotic and notice worthy, but in this group it's anyone's game. She was much better in gown than swimsuit. 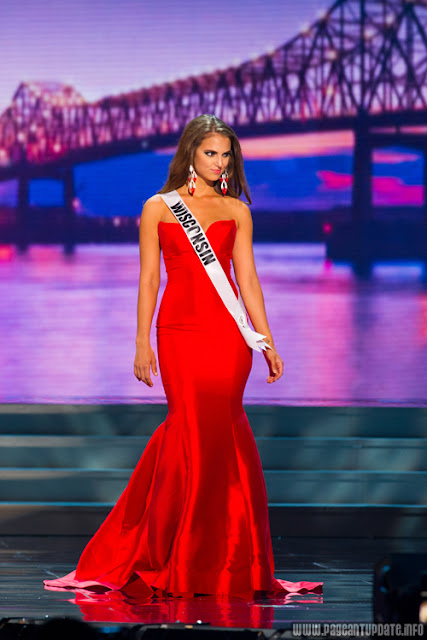 I just love Hayley's personality and her interview video was one of my absolutely favorites. She is extremely likeable and I am rooting for her to make the top 15. With two solid performances (even though I wanted a bit more from her), it is not impossible that she will be called to take her place in the top 15. 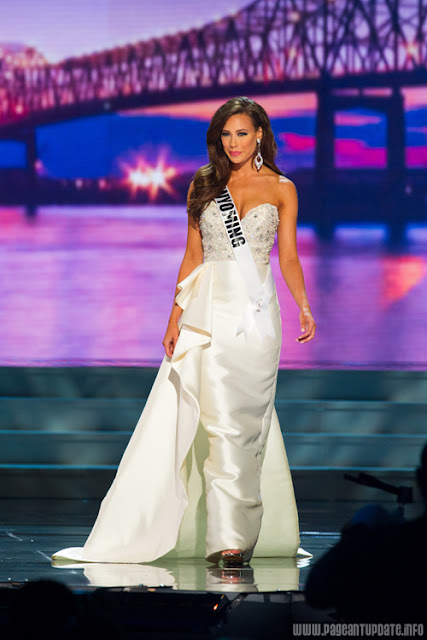 Wyoming rarely gets noticed at Miss USA, but Caroline is one of the exceptions. She has done very well and represented her state beautifully. This former Miss Wyoming Teen USA 2010 and top 15 semi-finalist at Miss Teen USA 2010 should be commended for making her state proud!