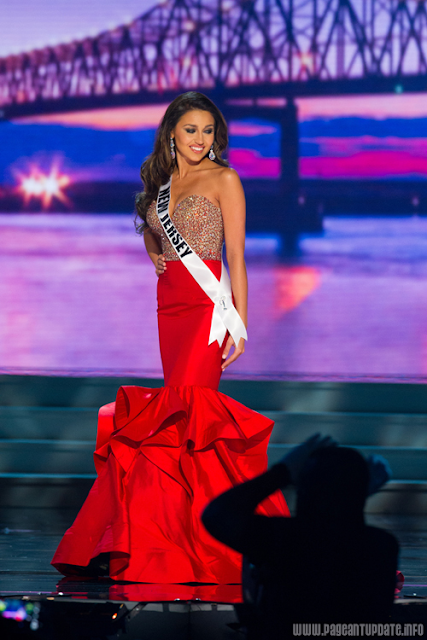 Vanessa has a really pretty face and although I thought that she got a bit lost in the crowd during the competition, she never looked out of place. If I am fair, I'd have to say that she saved the best for when it mattered the most, the preliminaries. She gave two solid performances. Will it be enough to get her to the top 15? I think it will be an uphill battle. 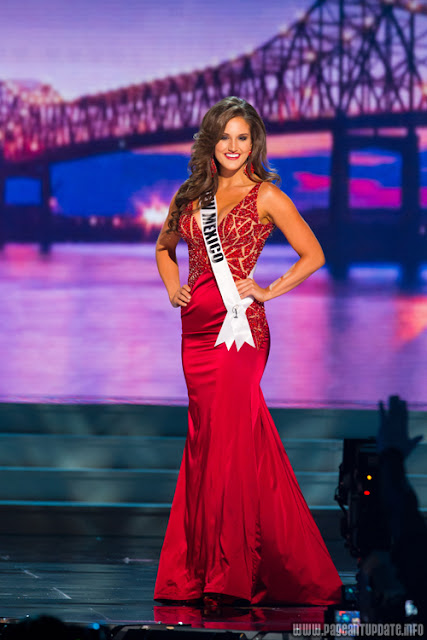 Alexis comes with lots of pageant experience. She was Miss New Mexico Teen USA 2009 and Miss New Mexico (for Miss America) 2013. I had her on my radar before the start of the pageant. She is attractive and tall and I thought with her experience, she would definitely be one to watch. I was left a bit disappointed after the preliminaries. So I am not expecting a placement unless she had an amazing interview. 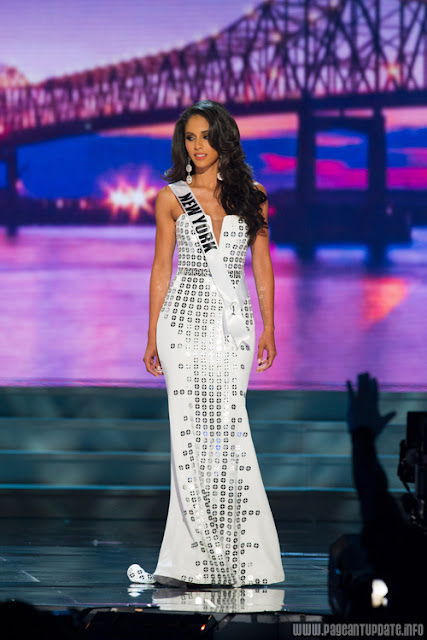 Thatiana is just gorgeous. I always knew she was going to be a force to be reckoned with, but I never knew exactly how much I would adore her. She totally blew me away during the preliminaries. I thought she was great in swimsuit and flawless in gown. And I absolutely adored her interview video. She was Miss New York Teen USA 2010 and top 10 at Miss Teen USA 2010 and also Miss Dominican Republic USA 2014 and top 10 at Miss Dominican Republic. This, I believe, has helped her to reach her peak at just the right time. It's a tough one this year, but if some of the others falter, she could sneak in and run away with that new DIC crown. Now here's a story that could hit the headlines. Julia's sister, Kristen, was Miss North Carolina USA 2009 and the winner of Miss USA 2009. I stand corrected, but if she wins, I believe it will be the first time that siblings have held the Miss USA title. As cool as that would be, I just can't see it happening though. I think Julia is strong and her pageant experience (she was Miss North Carolina Teen USA 2008 and second runner-up at Miss Teen USA 2008) showed, but there are definitely some other beauties that are much stronger. Even though she is one of the shortest delegates, watch out for this lady. She is not going to go down without a fight. 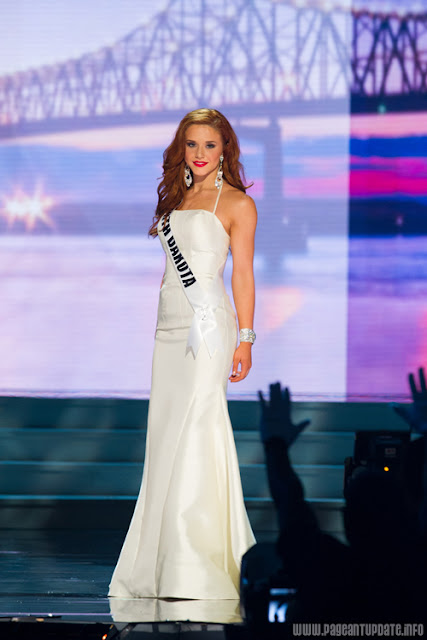 Molly is one of the underrated beauties. I actually only started noticing her during the second week of the competition. She is actually really beautiful, but it is almost as if she is still a bit too raw at the age of 20. I think if she had waited a few more years, she could have made an impact. Everything was just too plain and simple, especially if you compare her to last year's amazing delegate and runner-up, Audra Mari. 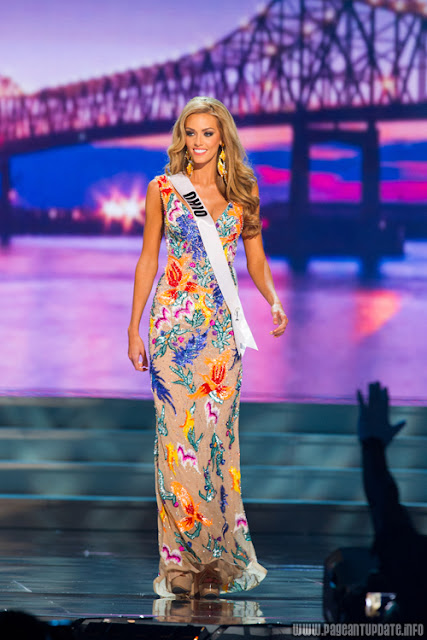 Sarah has really grown on me. She is tall, gorgeous and very likeable. I totally overlooked her before the pageant, but she caught my eye as soon as I saw photos of the delegates in Baton Rouge. Now I am starting to like her more and more and I am rooting for her. I thought she was strong in swimsuit and gown and what a cool choice of gown. It's just so different and I am starting to hope that if it's going to be a surprise winner, then I'd love it to be her. 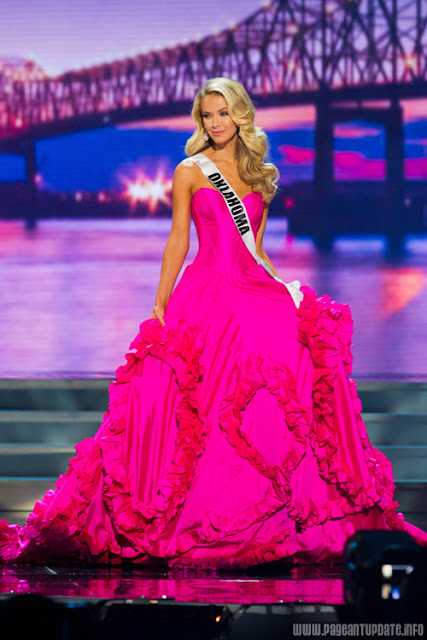 Olivia is one of the major favorites to win the crown this year. She is tall, well-spoken, gorgeous and she would make an excellent Miss USA. Since the day she was crowned, her name has been mentioned as one of the front-runners and she has not really disappointed. She was my favorite in the swimsuit competition and then came the evening gown competition and just like many other fans, when I saw her, I did not really know if I liked what I saw or if I hated. She came out in the biggest pink dress you've ever seen. Was it smart? Probably, because it got people's attention! Did I like it? I am still not sure! There's also another little thing that is standing in her way of winning the crown. She represented the United States at the Miss Universe Organization's main rival, Miss World. 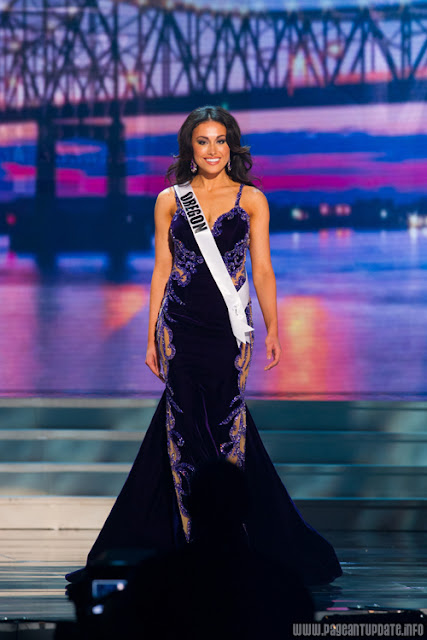 Bridge hails from Oregon and their state sash is not really considered to be one of the stronger ones, so it was always going to be an uphill battle. I think she did a commendable job, especially in gown. I was not blown away by her swimsuit performance. 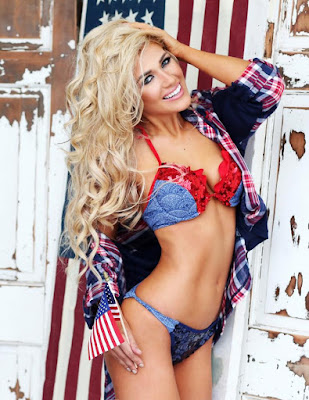 Elizabeth ticks all the boxes that makes a perfect pageant delegate. She has been getting a lot of notice from the fans. I like her a lot and I think she is strong, but I am still missing some spark and oomph from her. She gave two solid performances, but was it enough in this competitive group? 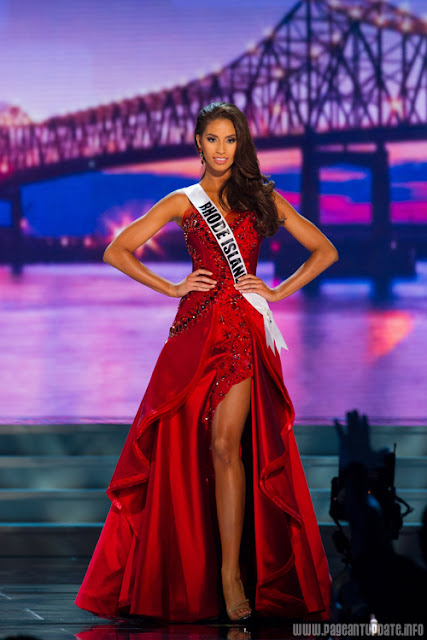 Anea is the tallest delegate this year and I expected her to do well, but then when the girls arrived in Baton Rouge, she faded a bit for me. Then came the preliminaries and she was one of the stars of the night. She just has that Latina magic on stage and if she delivers like that on Sunday night, she could impress the judges so much that they might just crown her the next Miss USA. (PS - she is from the same town as Olivia Culpo who gave Rhode Island their first Miss USA and Miss Universe titles!)