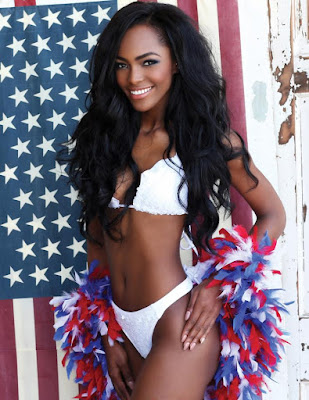 Mame is just absolutely stunning. She is tall, gorgeous and she is amazing onstage, which is to be expected from a delegate who made it to Cycle 22 of America's Next Top Model. She ticks all the boxes and definitely could become the next Miss USA on Sunday and I will be absolutely delighted if she does. The only thing I would suggest is that she gets a better gown. Her preliminary gown does nothing for her beauty. 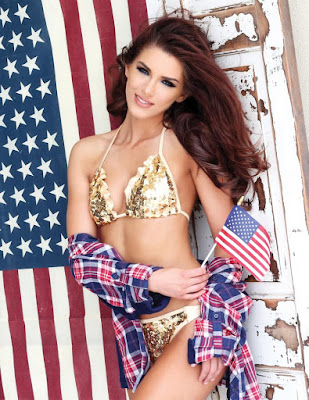 Since I saw Polikseni's crowning shots, I knew she would be one of my favorites at Miss USA and she keeps growing on me. For me, she has one of the most gorgeous faces of the pageant and I was very impressed with interview and onstage presentations during the preliminary competition. This girl has what it takes to do very well and with a little bit of luck, she might be the next Miss USA... and might I add, what a cool name! :) 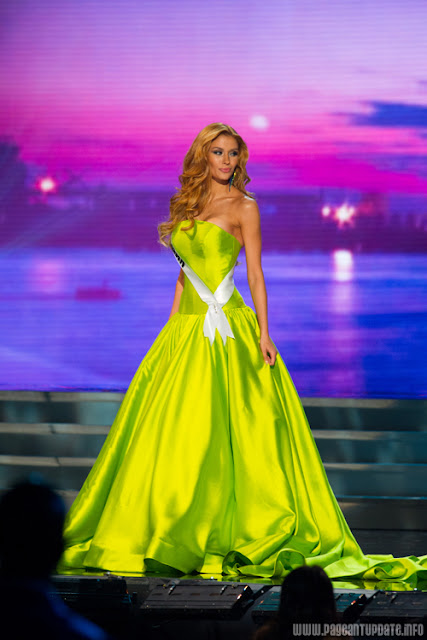 Rashontae is one of the most striking and recognizable beauties of the group. It's hard to find fault with her because she is just so gorgeous. She looked good in every shot and I thought she was super strong in swimsuit. There's just one thing I didn't like: her evening gown. Yes, it's different, but the color is too much for me. I would be very interested to see if the judges respond to it. For me, it's too "costumey". I really hope she changes it, because if she does, she could go all the way to the top 5. 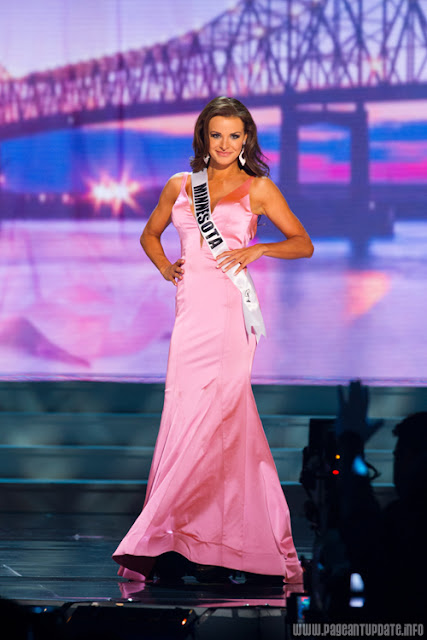 This is a strong year at Miss USA. There are about 25 beauties who could make it to the top 25. Jessica represented her state well but it really will be an uphill battle for her to place. 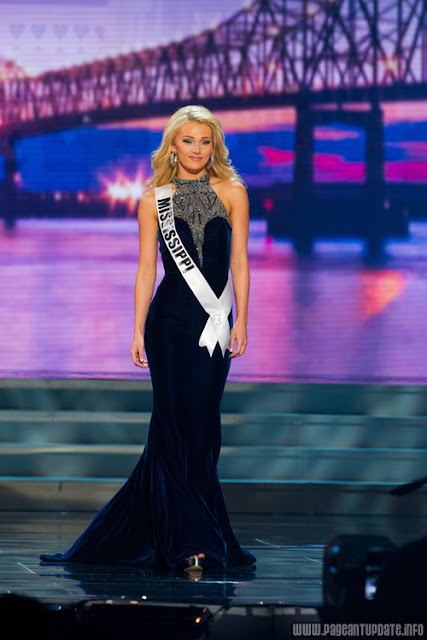 Courtney was not really on my radar before or even in the run-up to the preliminaries, but I was pleasantly with her preliminary performances, which were really polished. Do I think it could be enough to place? There are so many girls who did very well, so I am not sure. 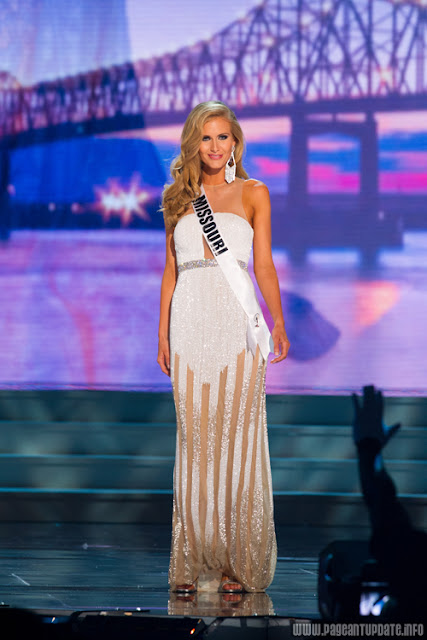 Rebecca represented her state with pride and dignity, but as I have said this is a strong year and there are many deserving delegates. I feel that she was outshined by several other delegates during the preliminaries. I did like her interesting evening gown though. 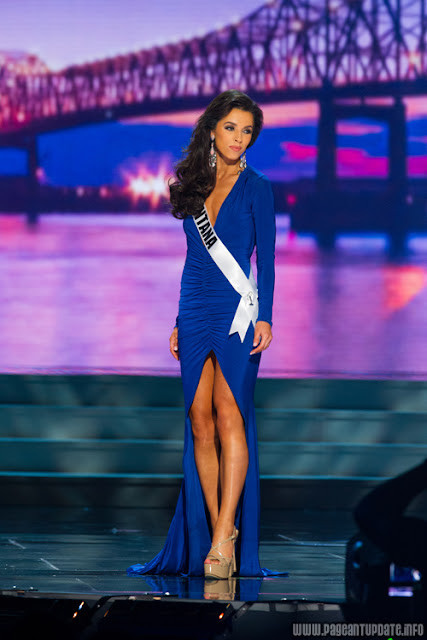 Tahnee is the oldest delegate of this year's group at age 27. I think she is very pretty and I definitely took notice of her. She is one of the better delegates Montana has sent in recent years. I didn't really give her much of a shot, but let  me tell you this: she BROUGHT IT during the preliminaries. She gave it her all and really worked the stage. That might just have been enough to propel her to the top 15. 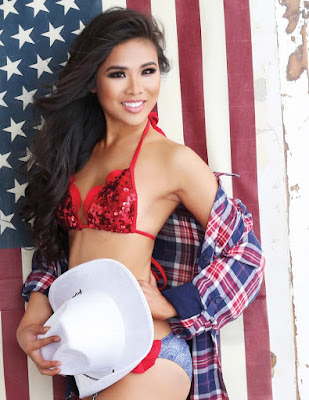 It's cuteness overload with this one! Isn't she just absolutely adorable. Hoang-Kim made people take notice of her due to her energy and killer smile. At 5'5 she is tiny though, but she makes up for it in energy and confidence. I think she has an outside shot of placing in the top 15. 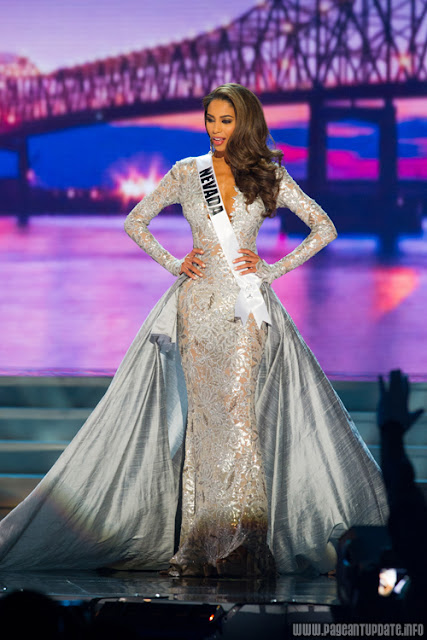 Last year, Nevada's Nia Sanchez secured her state's first ever Miss USA title, which of course gave Brittany a very daunting task: trying to keep the crown in her state. In most cases, that is almost mission possible, but Brittany came super prepared. She sizzled during the preliminaries and is definitely in the running to keep her state's streak alive at the very least. I am not sure if she would secure a back-to-back, but if it's only based on her preliminaries performances, she could make the top 10 at the very least. 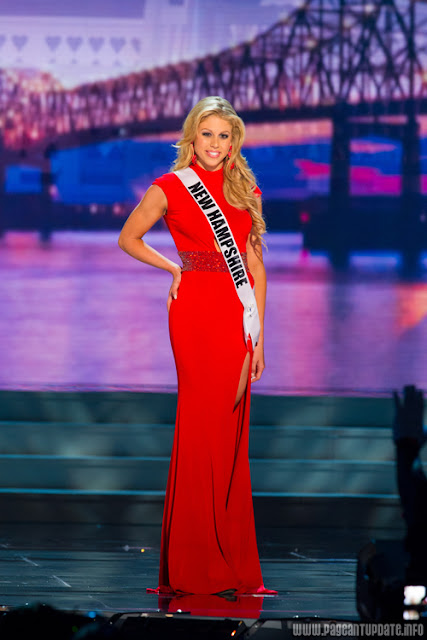 Representing your state at a contest like Miss USA is a massive honor and Samantha will always have the bragging rights of telling people that she was one of the delegates that competed at perhaps the most controversial ever Miss USA Pageant. I thinks he represented her state well.