Miss USA 2015: Ratings Hit an All Time Low on REELZ 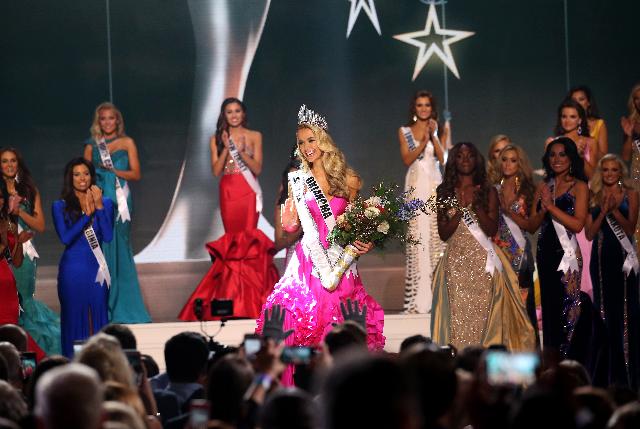 Viewership of the 2015 Miss USA pageant was sharply down Sunday night compared to last year after owner Donald Trump’s controversial comments about Mexican immigrants led NBC and Univision to dump the show.

Viewership averaged 925,000 during the Sunday broadcast on REELZChannel, the Nielsen ratings firm confirmed Tuesday. That was an all-time low for the pageant.

Last year 5.5 million viewers tuned in to watched the pageant on NBC, which has broadcast the Miss USA pageant since 2003. NBC dropped the show after Trump, who owns a 50% stake in the pageant, said during his presidential campaign launch speech that Mexican immigrants were bringing in drugs and crime, were rapists, and that he wanted to build a border wall paid for by the Mexican government. NBC’s exodus came after Univision, the Spanish language channel, also dumped the pageant. Judges, entertainers, hosts, and business partners also fled.

While a flop and a disappointment for the pageant contestants, Sunday’s viewership numbers are nonetheless a huge hit for REELZ, a little-known cable network that focuses on the dramatic stories of Hollywood personalities. REELZ reaches approximately 70 million homes.The pageant viewership was between six-and-a-half and nine times the average REELZ viewership during prime time, according to figures from billionaire owner Stan Hubbard and Nielsen.
The all-time high viewership for the Miss USA pageant was 38.1 million in 1979.

Trump is suing Univision for $500 million for breach of contract; his lawyer has also claimed that Trump will take legal action against NBCUniversal, though their relationship reportedly mandates arbitration. Trump has continued to defend his comments despite the havoc his opinions have wreaked on his business deals.
Posted by Andre at 8:26 AM