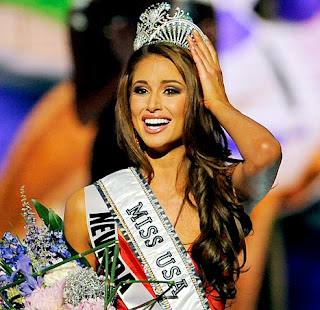 The embattled Miss USA beauty pageant will be available as a live stream on July 12 now that NBC and Univision have dropped out as TV partners.

A rep for the pageant confirmed that the three-hour event will be available for viewing via MissUniverse.com/MissUSA. The live stream is a last-ditch effort to salvage viewership of the pageant, set to take place in Baton Rouge, La.

More details of the streaming plan will be “forthcoming,” according to the rep. Pageant producers will need to recruit a new host or co-hosts after two NBC-affliated personalities, Cheryl Burke and MSNBC’s Thomas Roberts, withdrew from their roles as co-host.

The drama for the Miss USA telecast began last week when Univision scrapped its planned telecast on the heels of disparaging remarks about Mexican immigrants made by Donald Trump. Trump co-owns the Miss USA/Miss Universe franchise with NBC.

On Tuesday, Trump filed a $500 million lawsuit against Univision.

Coutesy of: http://variety.com
Posted by Andre at 9:14 AM