*** FIRST EVER TIE FOR MISS CONGENIALITY

Olivia Jordan, a 26 year old blonde beauty from Tulsa, Oklahoma, defeated 50 other delegates to be named the 64th Miss USA at the conclusion of a glittering event in Baton Rouge, Louisiana. She is the first woman from Oklahoma to win the Miss USA title and will go on to represent her state at the next Miss Universe Pageant. Jordan, who stands 1.8m tall, was Miss World United States in 2013 and represented the USA at Miss World 2013 where she was one of the top 20 finalists.

The first runner-up was Miss Texas, Ylianna Guerra, who narrowly missed out on a tenth title for her state. The second runner-up was Miss Rhode Island, Anea Garcia, who won the hearts of many fans with her story of overcoming many challenges in her life, but failed to answer both questions sufficiently during the Q and A top 5 rounds. Miss Nevada, Brittany McGowan, finished as the third runner-up while Miss Maryland, Mame Adjei, finished as the fourth runner-up.

The top ten were completed by the delegates from Hawaii (Emma Wo), Alabama  (Madison Guthrie), Louisiana (Candice Bennatt), Michigan (Rashontae Wawrzyniak) and Delware (Renee Bull). It was the first time ever in the 64 years that the pageant has existed that a delegate from Delaware placed. The public also saved Miss Kentucky, Katie George) after she had been eliminated to make it a top 11. Misses Virginia (Laura Puleo), New York (Thatiana Diaz), Arizona (Maureen Montagne) and Illinois (Renee Wronecki) completed the top 15. 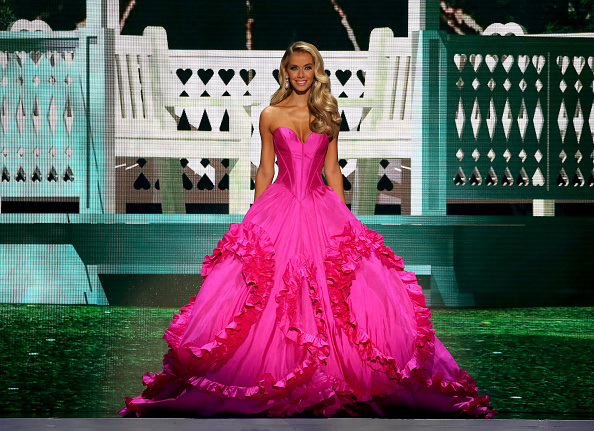 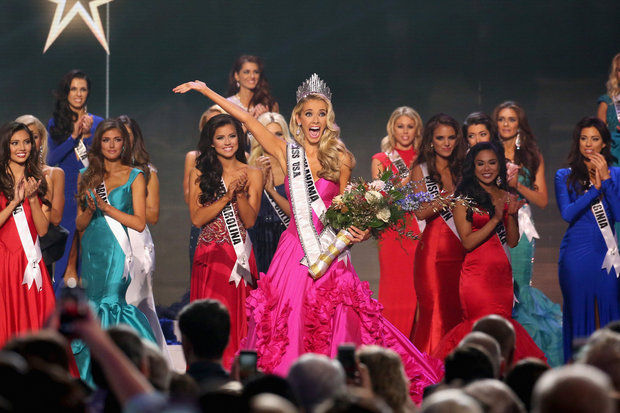 The pageant went smoothly despite being marred by a string of controversies surrounding pageant owner, Donald Trump, which led to it being dropped by networks Univision and NBC before being picked up by the Reelz channel.
﻿
I am pretty delighted that Olivia Jordan won. She's been strong from the start and she is a deserving winner. She was great all night long and answered the best. I never thought a former Miss World contestant would win, so I was sure that they would crown Texas. Nonetheless, thrilled win the new Miss USA. Congrats Olivia and Oklahoma! (And Dr. J - you beat me!)
Posted by Andre at 11:50 AM