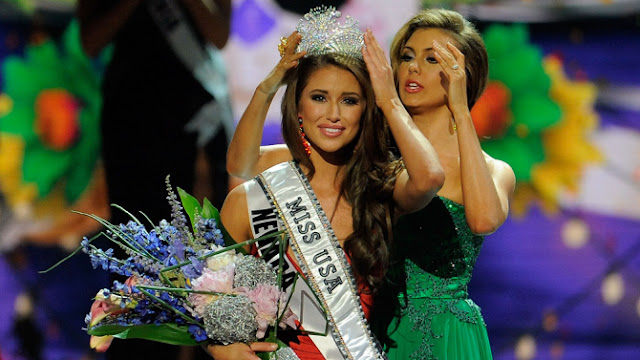 Miss Universe has been dealt two more blows in the wake of the Donald Trump controversy.
“Dancing with the Stars” dancer and choreographer Cheryl Burke and MSNBC host Thomas Roberts have pulled out as co-hosts of the July 12 Miss USA pageant.

Burke cited NBC’s previous decision to pull the event due to its connection with the real estate mogul-turned-presidential candidate who is currently battling negative reactions to comments he made about immigration.

“In light of the recent statements made by Donald Trump and the subsequent decision by NBC to cut ties with Mr. Trump, I cannot in good conscience move forward with participating in this year’s Miss USA pageant as its co-host,” Burke said in a statement. “Effective today I have withdrawn from my duties with Miss USA. Although I will not be there in person, I wish all of the contestants much luck as I know how hard they’ve all been working over the last year to try and realize their dreams.”
A NBC spokesperson also confirmed that Roberts, a veteran host of the ceremony, would also be departing.

“Best of luck to all #MissUSA2015 contestants this year & THX to the good people behind the scenes @MissUniverse – been a joy working w/you!,” the MSNBC host Tweeted.

Roselyn Sanchez and Cristian De La Fuente, who would have hosted Univision’s Spanish-language simulcast of the ceremony, pulled out last week. (Univision bowed out the day after).

Roberts and Burke’s departures come on the same day that NBC said it would air an “American Ninja Warrior” special on the night it was originally scheduled to air Miss USA. The three-hour special will be the show’s second annual “USA vs. the World” extravaganza, in which top competitors from the hot Monday series “American Ninja Warrior” go head to head with competitors from Japan and Europe. Last year’s “USA vs. the World” special in mid-September delivered a potent 1.9 rating in adults 18-49 despite facing tough reality show competition, including the season premiere of ABC’s “Dancing With the Stars.”