Miss Universe Hits Back at Trump 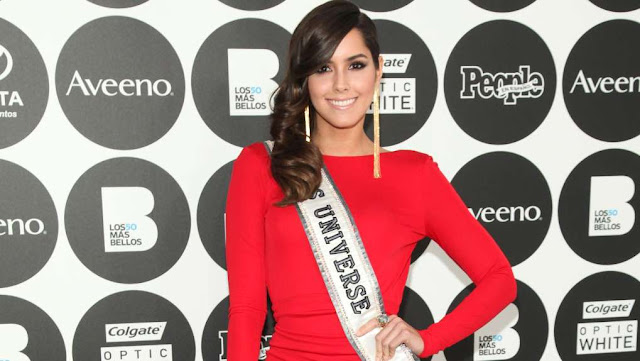 Donald Trump labeled reigning Miss Universe Paulina Vega a "hypocrite" for keeping her crown after she called his comments about Mexican immigrants "unjust and hurtful."
But she thinks his criticism is "comical."

"I think what I'm doing is the least hypocrite thing I can do by using my voice clearly," Vega told Latina.com in an exclusive interview Monday. She goes on to explain that she can't just simply say she'll renounce her crown.

"I have a legally binding contract and legal relationship with the organization, and it's not so easy for me, like the artists have done, to renounce and say, 'No. I'm not working for you anymore.' I have a contract of one year," she said. "So it's a much more complicated situation, but we have to understand that Trump is a very polemic person. I'm going to keep going forward and refuse [to let] his comments affect me. Miss Universe the organization and I are much more than what that man says on Twitter."

She adds that she's had little interaction with Trump during her seven months as Miss Universe but he never said anything offensive in her presence.
"If he would have said something off color, I would have fainted," she added.
Knowing what she knows now about Trump, Vega said it would have been "really difficult" to decide whether to participate in the Miss Universe pageant.

Courtesy of http://www.msn.com/en-us/tv/news/reigning-miss-universe-calls-donald-trump-criticism-comical/ar-AAcDjsa?ocid=ASUDHP
Posted by Andre at 7:49 AM