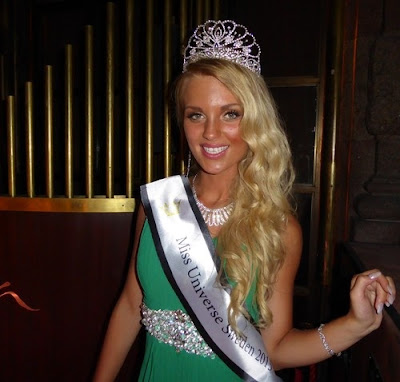 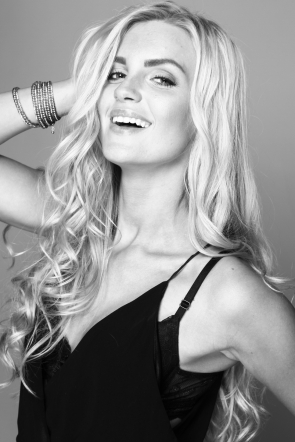 The new Miss Universe Sweden is Paulina Brodd. She is 20 years old and stands 1.77m tall. Brodd is the daughter of Miss Sweden (Froken Sverige) 1992, Monica Brodd. Like her mother (but only 23 - or maybe 24 years later), she will represent her country at the Miss Universe Pageant. Monica Brodd competed for Sweden in Bangkok in 1992. She was named one of the top 10 finalist and finished in 10th place. 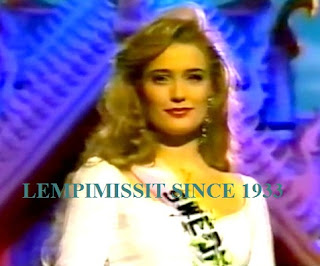 Miss Earth Sweden 2015 is Maria Taipaleenmaki. She is 18 years old and will represent Sweden at Miss Earth 2015 on December 5 in Vienna, Austria. 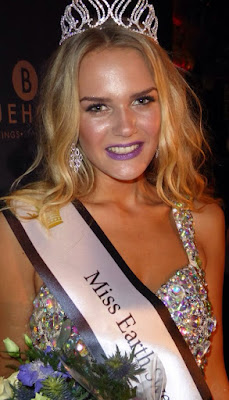 The first runner-up was Felizia Strandberg. Should any of the winners be unable to compete at their international pageants, she will step in for them. 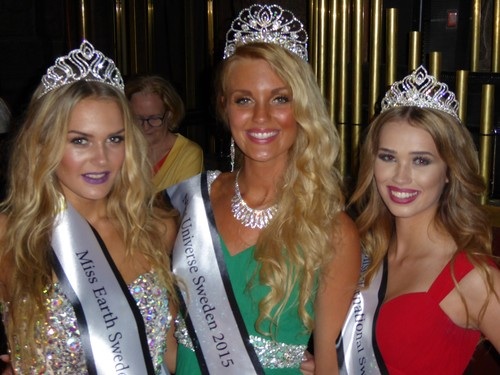 The girls look exhausted here, but with the right styling, the winner and the Earth girl could do well. The Earth girl actually looks the freshest of the three.