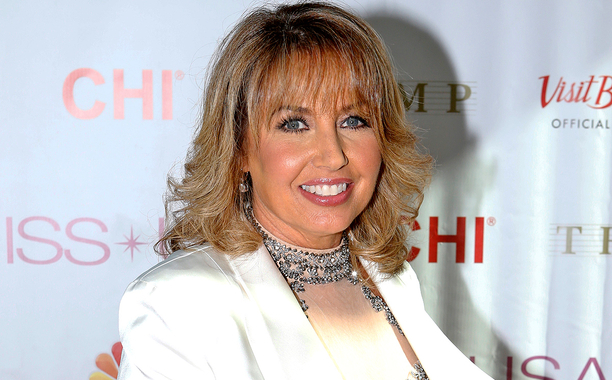 It’s been a whirlwind week for Miss USA/Miss Universe president Paula Shugart: Following GOP hopeful Donald Trump’s offensive comments about Latinos in his campaign kickoff speech, Shugart found herself in the midst of a week-long media onslaught as one by one, performers, co-hosts, and broadcast networks dropped their support of the 64-year-old organization and its annual beauty pageants. Here, Shugart sets the record straight about her plans to stream the upcoming Miss USA pageant online, her role in the ongoing controversy and whether or not the show—in this case, the 2016 Miss Universe pageant—will go on.

ENTERTAINMENT WEEKLY: Did you have any kind of conversation with Trump about the future of the Miss USA/Miss Universe pageants before he went public with the decision to pursue the Republican presidential nomination?
PAULA SHUGART: No. We were really business as usual. We are such a small fraction of his business empire, and that of NBC Universal for that matter, so we’ve always operated as a stand-alone company. Honestly, I think our reigning Miss Universe has been at events with him maybe three times in the last seven months. So that’s something I want to impart, that we’re a stand-alone company that operates on its own. We’re a little company that happens to have been caught between two behemoths.

At what point did you feel, if ever, that the pageant organization might be in jeopardy?
The Univision announcement was a very big telling moment. But all of our contestants are in Baton Rouge, La. right now for the Miss Universe pageant [on July 12]. That’s really my focus as president of the company. We have licensees that conduct the state pageants and our country pageants are around the world. There’s about 150 of them. They’re small business, mom and pop organizations, and they really are my focus and that’s my concern, as are the young women that are in Baton Rouge. That’s really what I have to focus on.

Did you receive advanced warning from NBC that it was planning to terminate its relationship with Trump and the Miss USA/Miss Universe pageants? Or did that take you by surprise?
I think the events of the last few days have all been surprising. [Laughs] I just feel that there are two forces far greater than this little company.  We’re not at all of the meetings and discussions, and that’s why we are focusing on what we do know. I think we actually heard the announcement when it came out on Entertainment Weekly.

So you didn’t get a call from either Trump or NBC before the news went public?
No. We did not see the announcement before it went out, I can tell you that.

Have you begun to have conversations with other broadcasters about airing the pageants?
We’re starting to. We’re doing many, many different things at once. That’s going to be a big focus for us as well. I kind of liken it to when the Golden Globes aired during the writer’s strike [in 2008]. Obviously, they couldn’t do their typical Golden Globes show, but that event went on and it was different the year of the strike. That’s kind of the approach I’m taking to this.

And you’ve decided to stream the Miss USA pageant online.
At a minimum, we’ll be streaming. We’re still shopping other options, so I’ll let you know as things progress. As you can imagine, several groups have come out of the woodwork offering to stream us, just because everyone knows the viewership will be huge now. [Laughs] We’re discussing a lot of different things but I wanted everyone to be assured that they’ll have the opportunity to watch it.

Do you have a preference among various content providers—Hulu, Amazon or Netflix?
We’re just checking everything out. And obviously we want to make sure we have the best stream and everything. So we’re just looking at all of that right now.

How will you be able to move forward without co-hosts? And has there been any movement regarding prospective judges?
Frankly, it wasn’t unexpected because Thomas and Cheryl are under contract at NBC. And Thomas is such a good friend of the organization. He called us and really, I think, was holding out at the very end, hoping he’d be able to participate. And on the judge front, the nice thing is that we’ve had contestants and former title holders come out of the woodwork, who are rallying around the organization because we’ve really changed their lives and they know what the contestants are going through. So I have a feeling it’s going to be a good celebration. A lot of our formers will be involved. We’re actually getting really exciting about it.

Have you had any conversations with the current Miss USA Nia Sanchez, and Miss Universe Paulina Vega, both of whom are Hispanic? Has there been a conversation about the events that have transpired, and how that might affect them personally?
Yes. Actually I just had a very nice conversation with our reigning Miss USA Nia Sanchez.  She was just in my office because she’s getting ready to go down to Baton Rouge. I asked her how she felt, and her focus is pretty much the same as mine. She said she knows where all the contestants are mentally right now because she was in the same situation a year ago. She said all she wants to do is offer the support. She doesn’t want to lose sight of the fact that we are a little company that spends most of the time our of he television spotlight just raising funds, raising awareness, and that’s what her year was like. That’s what she said. She’s obviously sad the focus has gone elsewhere but her number one focus is the contestants as well. She’s very anxious to get down there, because she wants to speak to them and offer her encouragement as well.

There’s been some discussion that NBC had actually wanted to back out of the pageant for a while. Is there any truth to that?
We just renewed our contract for a couple of years, so I’d not heard that. I’m sure there’s going to be a lot of back and forth on these types of things.

When was that contract renewal signing?
We actually had just signed a renewal this year, in January or February, right around Miss Universe. And you know, Miss Universe had amazing ratings this year.

What does this mean for the Miss USA/Miss Universe organization? Is there a world in which you can’t come back from this?
No. I have been through so many different things. I think we’re starting a new chapter, honestly. I don’t think it’s a question it not coming back. We’ll just have to see. We’ve been around 64 years in different ways and many different forms so I think we’re just entering our next chapter. And I was here [as organization president] 13 years ago when we went from CBS ownership, where it had been so long, to NBC. No one had expected that either.

Is there a chance that Trump might sell or relinquish his Miss Universe and Miss USA ownership?
You know, that certainly hasn’t been an indication. [Laughs] I think you’d have to ask him directly. I know he will always be forthcoming in his opinion.

What are your hopes going ahead regarding the pageants, in terms of your Hispanic viewership? As you know, Hispanics traditionally have been big supporters of the pageant industry and are well represented among the current Miss USA and Miss Universe contestants.
All we can do is give the show that our fans have always liked. We’ve always had great fans in the Hispanic community. If somebody doesn’t want to watch us, that’s going to be their prerogative. All I can do in our current frame is operate, get the show on, and put it on for anybody that wants to see it. I certainly hope they’ll tune in. it will be a great show and it will be great for the contestants.

Regarding Miss Universe, has there been any conversation with Latin countries regarding next steps? Mexico recently announced that it won’t send a contestant to the 2016 Miss Universe pageant.
No, we haven’t at this point. We’re going to have to think in the long term and we’ll let all of that play out because we have to prioritize at this particular moment.

Is there a possibility that Miss Universe might not happen in January 2016?
I certainly don’t anticipate that. I really don’t. It’s such a popular show and typically, it has huge following around the world. I will deal with it after Miss USA, but I really don’t see that happening, honestly.

Courtesy of http://www.ew.com/miss-usa-miss-universe-donald-trump-paula-shugart
Posted by Andre at 8:05 AM