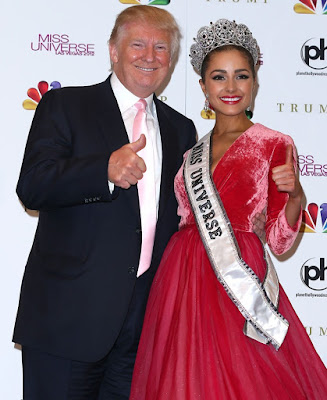 Univision announced it is ending its relationship with the Miss Universe organization, which is part owned by Donald Trump, following his remarks about Mexico sending its criminals and rapists to the U.S.

"At Univision, we see first-hand the work ethic, love for family, strong religious values and the important role Mexican immigrants and Mexican-Americans have had and will continue to have in building the future of our country. We will not be airing the Miss USA pageant on July 12th or working on any other projects tied to the Trump Organization," said Univision in a statement released Wednesday morning.

Univision had acquired the rights to air the Miss Universe pageant in Spanish. The Miss Universe Organization (MUO) is a joint venture between Donald J. Trump and NBCUniversal.

Earlier on Thursday Trump responded to Univision on Twitter, saying that "the Mexican gov doesn't want me talking about terrible border situation & horrible trade deals. Forcing Univision to get me to stop- no way!"

On Thursday afternoon Trump spoke live on Telemundo's "Al Rojo Vivo" with Jose Diaz-Balart, and said he was suing Univision for breaking their substantial, five-year contract. Trump also defended his comments, saying though he "loved the Mexican people" he thought Mexico was taking advantage of the U.S. in trade deals and by not securing the border. "Mexico laughs at the stupidity of our negotiators and our leaders," said Trump, adding that the border is open to terrorists and "not the people we want coming in."

advertisement
The news surrounding Univision's deal is the latest in what has been a strong reaction from Mexican Americans, Mexico and other U.S. Latinos following Trump's statements about Mexico. On Tuesday night award-winning regaetton star J Balvin, who is Colombian, announced he would not perform at the Miss USA pageant because of Trump's involvement with the organization. 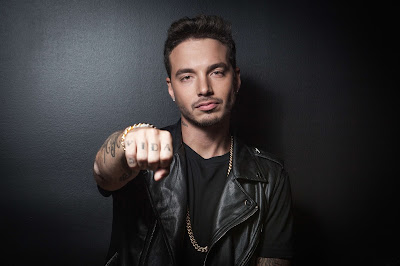 "No, we're not doing it - we have to make sure our people are respected; if you let people make these comments against Latinos or any group it's like regressing, like going back, so no," said J Balvin, who spoke via phone live to Miami-based Spanish-language radio host Enrique Santos Wednesday morning. J Balvin said he was willing to leave behind the money he would have earned during the performance.

"He can no longer in good conscience agree to take part in an event that is overseen by, and creates a profit for Donald Trump, while Mr. Trump attacks the hard-working Latino immigrant community with hateful political rhetoric," Balvin's team told NBC News.

Article courtesy of http://www.nbcnews.com/news/latino/univision-no-miss-universe-due-trump-mexico-comments-n381696
Posted by Andre at 10:45 AM