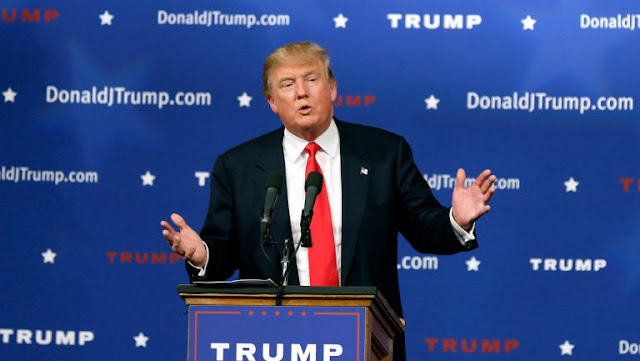 The network is "ending its business relationship" with Trump over his "recent derogatory statements" regarding immigrants, the company said in a statement Monday.

"To that end, the annual Miss USA and Miss Universe Pageants, which are part of a joint venture between NBC and Trump, will no longer air on NBC," the statement continued. "In addition, as Mr. Trump has already indicated, he will not be participating in The Celebrity Apprentice on NBC. Celebrity Apprentice is licensed from Mark Burnett's United Artists Media Group and that relationship will continue."

When speaking at an event Monday in Chicago, Trump said it was his decision to end the relationship. "They did not want me to run. They wanted me to do The Apprentice. And now with my statements on immigration — which happen to be correct — they are going to take a different stance and that’s OK. Whatever they want to do is OK with me," said Trump. "As far as ending the relationship, I have to do that because my view on immigration is much different than the people at NBC."

The Miss USA pageant was scheduled to air live on NBC from Baton Rouge, Louisiana, on July 12. The network had aired Miss USA as well as Miss Universe for the past 11 years and was in the midst of a five-year, $13.5 million contract between NBCUniversal and Trump's Miss Universe Organization.

Additionally, Trump released a lengthy statement Monday in which he called NBC "weak" and "foolish," and said that he told the network "long ago" that he would be stepping down from Celebrity Apprentice because of his campaign. In the statement, he also said that NBC's "contract violating closure of Miss Universe/Miss USA will be determined in court."

The announcement comes after days of pressure for NBC to follow Univision's lead. On Thursday, Univision announced that it was ending its business relationship with Trump based on what it deemed "insulting remarks about Mexican immigrants." In an interview with Politico Thursday, Trump threatened to sue Univision for defaulting on what he called an "ironclad" agreement. "They have no termination rights whatsoever," he told the site.

NBC attempted to distance itself from the real estate mogul late Thursday and issued a statement saying, "We do not agree" with Trump "on a number of issues."

The Miss USA pageant has been a modest ratings performer for the network in recent years. Last year's competition averaged a 1.4 rating among adults 18-49, flat in the demo from the year prior. Trump's other NBC program, Celebrity Apprentice, is a very different story. The most recent season was a surprise ratings hit, averaging a 2.4 rating despite the nearly yearlong gap between the start of production in early 2014 and the season's debut in January 2015.

The controversy dates back to Trump's widely criticized June 16 speech announcing his candidacy, in which he referred to Mexican immigrants as "rapists."

"The U.S. has become a dumping ground for everybody else’s problems. ... When Mexico sends its people, they’re not sending their best," said Trump. "They’re sending people that have lots of problems, and they’re bringing those problems with us. They’re bringing drugs. They’re bringing crime. They’re rapists. And some, I assume, are good people."

Trump's bid for the White House already has put a strain on his various TV ventures. Fox News ended his weekly segment on Fox and Friends immediately after his presidential announcement.
In a Sunday interview on CNN's State of the Union, Trump did not back down from his polarizing political platforms, but also acknowledged the negative impact on his TV career. NBC "would love me to not be doing this," he told Jake Tapper. "I gave up The Apprentice."

This is a human rights issue, so I applaud NBC's decision. I'm just really devastated for all those young girls though. They are all there and this must be absolutely awful for them. I hope Trump lets these pageants go and sell them to someone else.
Posted by Andre at 7:49 AM