Miss USA 2015: Spanish hosts back out 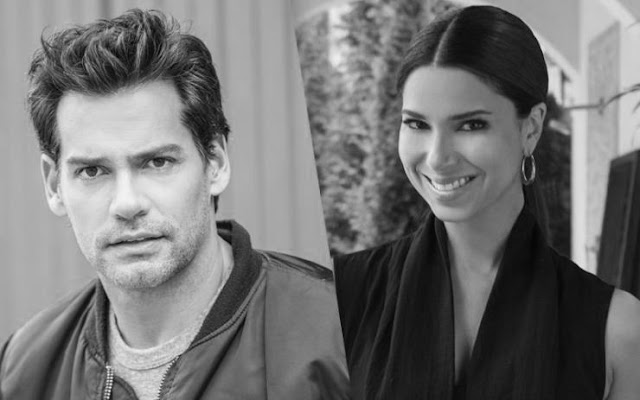 Roselyn Sánchez and Cristián De La Fuente were set to host the Miss USA 2015 beauty pageant simulcast in Spanish, but after Donald Trump's horrible remarks against Mexican immigrants and Latinos, that is not going to happen. The pair of "Devious Maids" have denounced Trump's stance on Latinos and opted to drop the event. "As a LATINA and proud of my roots, culture and everything we have contributed to this nation, I have decided to cancel my participation as co-host of Miss USA," Sánchez posted on Instagram. "I don't tolerate the disrespectful and hurtful words that came out of Mr. Trump's mouth."

Roselyn continued her statement: "It seems like a like that in his announcement as a presidential candidate he would have that lack of judgement and decency. Mexicans, like all our Latino brothers have contributed positively to this great nation. We are the force that keeps this country afloat. I was very excited and grateful with the opportunity to serve as a co-host of this great event in which many Latinas have shined, but I am more excited for the loyalty to my people. Enough with racism and "influential" people that belittle."

Roselyn's co-host, Cristián de la Fuente, released a video statement on his Facebook account. "Mr. Trump, as a Latino I cannot work in an event associated with your name," he said. "The statements made against Mexicans, against immigrants, show that you are an ignorant. It is unacceptable for you to launch a presidential campaign based on hatred and discrimination when calling Mexicans drug traffickers and rapists. It’s a shame that such an important institution as MISS USA is now in the hands of a clown.”

News of both hosts stepping down of the event come after Univision cut ties with anything to do with the Trump organization. "Today the entertainment division of Univision Communications Inc. announced that it is ending the Company’s business relationship with the Miss Universe Organization, which is part-owned by Donald J. Trump, based on his recent, insulting remarks about Mexican immigrants," the network said in a statement. "At Univision we see first-hand the work ethic, love for family, strong religious values and the important role Mexican immigrants and Mexican-Americans have had and will continue to have in building the future of our country. We will not be airing the Miss USA pageant on July 12th or working on any other projects tied to the Trump Organization. Univision News and the local news division will continue to provide comprehensive coverage of all candidates, including Mr. Trump, to ensure our audience continues to have access to all points of view."

Courtesy of: http://www.latintimes.com/miss-usa-2015-hosts-roselyn-sanchez-cristian-de-la-fuente-call-out-donald-trump-324865
Posted by Andre at 10:56 AM