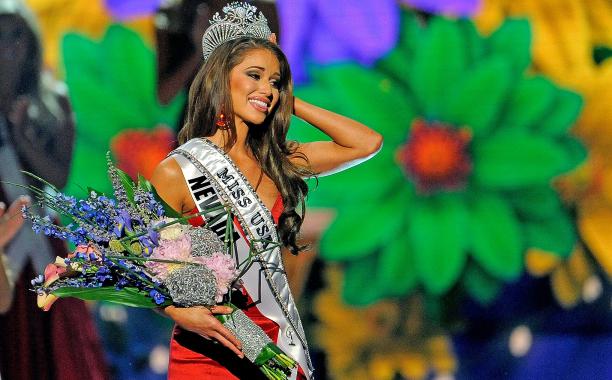 Next month’s Miss USA contestants will be joined by some unexpected new faces.

NBC, Trump Pageants, and Miss Universe organization president Paula M. Shugart have announced the hosts of the 2015 Miss USA Pageant, as well as the preliminary list of celebrities who will judge the competition.

Dancer and choreographer Cheryl Burke will be hosting for the first time alongside returning host Thomas Roberts (MSNBC Live with Thomas Roberts), veteran of the Miss USA and Miss Universe pageants.

Jeannie Mai, co-host on daytime talk show The Real and fashion correspondent for NBC’s TODAY, will be backstage with behind-the-scenes commentary.

The 64th Annual Miss USA Pageant—set to be simulcast in Spanish on Univision for the first time—airs live on NBC on Sunday, July 12 at 8 p.m.

Courtesy of: http://www.ew.com/article/2015/06/15/exclusive-miss-usa-pageant-announces-hosts-preliminary-judges
Posted by Andre at 6:30 AM