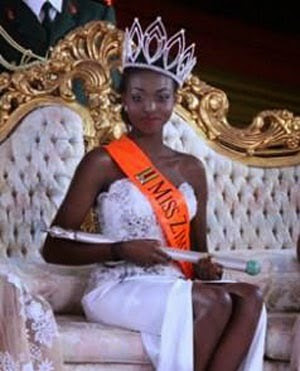 Harare - Newly-crowned Miss World Zimbabwe may lose her title over a nude photo scandal, a pageant spokesperson was quoted as saying on Tuesday.

Financial advisor Emily Kachote, 25, sparked intense media interest when she was crowned Miss World Zimbabwe a week ago, not least because some Zimbabweans made no secret of the fact that they considered her ugly.

Pictures said to be of the model naked and drunk surfaced this weekend on popular messaging platform Whatsapp.

A former boyfriend claims he took the pictures - and Kachote has apparently confirmed they are of her. 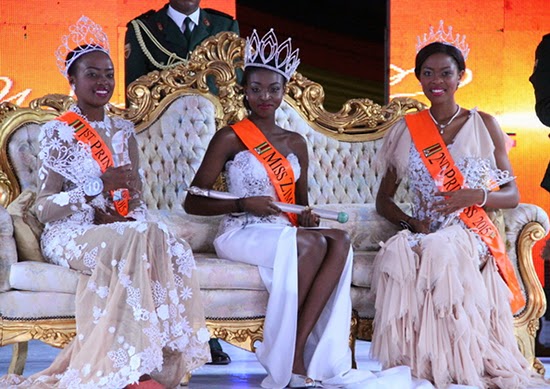 Investigation
Spokesperson Tendai Chirau told the official Chronicle: "We're yet to engage [Kachote] and the people involved in this whole issue and we're still investigating.
"When we sit down with Emily to get her side of the story and if our investigations find that this is true then we've no option but to dethrone her and replace her with the first princess Anne-Grace [Mutambu]," Chirau told the paper.
"We're being guided by the rules and statutes of Miss World on the issue of nude pictures," he added.
All contestants in Miss World Zimbabwe are understood to have signed a document confirming they had never had pictures of themselves taken in the nude.

Kachote has told a local tabloid that she hoped the ex had deleted the pictures.
She is alleged to have told H-Metro, which is published by the state-owned Zimpapers group: "I was hoping the pictures would have been deleted by now since it happened a long time ago and I last spoke to the guy a year ago and I no longer have anything to do with [him] since what we had ended a long time ago.”
"I have always suspected that those pictures would circulate but it happened a long time ago and I believe my past does not determine where I am going," Kachote was quoted as saying.
There are strong suggestions that the same man may be behind the leaking of the photos of both Kachote this year and Phiri last year. 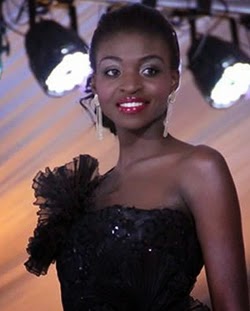 ‘What about the men?’
News of the new nudes has split public opinion in Zimbabwe, with some suggesting Kachote is the victim of a sting. But there are also calls for legal action to be taken against former partners who leak photos in Zimbabwe.
"So if we have these men, taking these pictures and circulating them on social media networks, why is legal action not being taken against them?" asked popular entertainment website Zimbojam.
Popular Harare blogger @CynicHarare tweeted: "Last week they were on that 'Miss Zim is ugly'. But now salivating & demanding to see her nudes."
The Chronicle said on Tuesday: "Kachote might set a new record for the shortest reign as Miss World Zimbabwe."

News report courtesy of http://www.news24.com/Africa/Zimbabwe/Ugly-Miss-Zim-may-lose-title-over-nude-photos-report-20150505
Posted by Andre at 7:47 PM