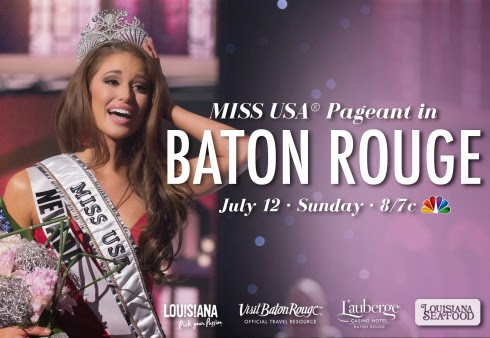 NEW YORK — April 14, 2015 — NBC, Donald J. Trump and Paula M. Shugart, president of the Miss Universe Organization, announced today that the 2015 Miss USA Pageant will air live from the Baton Rouge River Center in Baton Rouge, La., Sunday, July 12 (8-11 p.m. ET) on NBC.
The 2015 Miss USA Pageant will feature contestants from all 50 states and the District of Columbia. Contestants will be judged in three categories: swimsuit, evening gown and interview, with one contestant ultimately being crowned Miss USA 2015.
“The 2014 Miss USA Pageant delivered an unprecedented amount of national and international exposure for Baton Rouge, taking its reputation for tourism and business opportunities beyond the local level,” says Trump. “This year’s pageant will be no different. Continuing our partnership guarantees another sold-out show that will provide Louisiana’s capital with another three hours of primetime television coverage.” 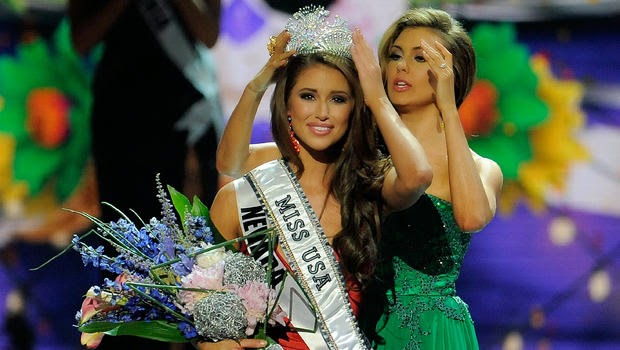 The Miss Universe Organization will return to the Baton Rouge to produce the 2015 Miss USA Pageant after the tremendous success last summer. The 2014 Miss USA telecast shared the best of Louisiana’s vibrant culture and featured its lively music scene, unique food and proud people. Last year’s pageant concluded with Nia Sanchez, Miss Nevada USA, being crowned Miss USA 2014.
“There is always a genuine feeling of true hospitality when visiting Baton Rouge,” says Shugart. “We have created an incredible partnership with the city and are honored to have the responsibility of sharing what their community has to offer through our worldwide telecasts,” adds Shugart. “Baton Rouge was recently named one of the Top 10 Happiest Cities in America by the National Bureau of Economic Research, which is no surprise to us. We truly cannot wait to go back.” 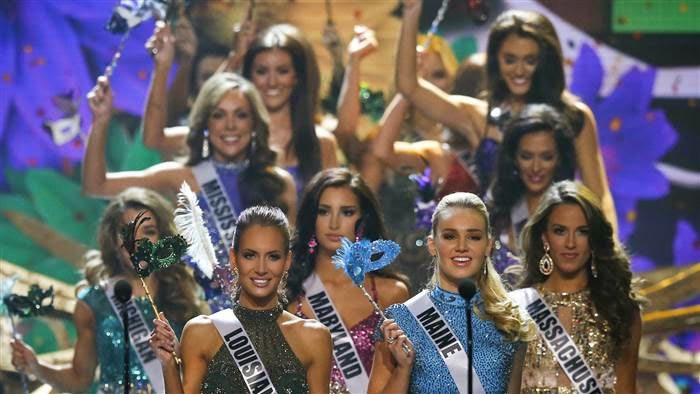 The Miss Universe Organization will bring on IMG as executive producers of this year’s Miss USA pageant. Recognized as a global leader in sports, fashion and media, the IMG team most recently produced the 63rd Annual Miss Universe Pageant in January. The Miss USA telecast now reaches approximately 70 countries and territories.
Article from http://tvbythenumbers.zap2it.com/2015/04/14/2015-miss-usa-pageant-to-air-live-from-baton-rouge-sunday-july-12-on-nbc/389116/
Posted by Andre at 6:57 PM