In the first of two special categories, we honor a very promising young newcomer to the pageant industry for what he has achieved in a very short amount of time. The EYERIS for Most Promising Newcomer goes to... 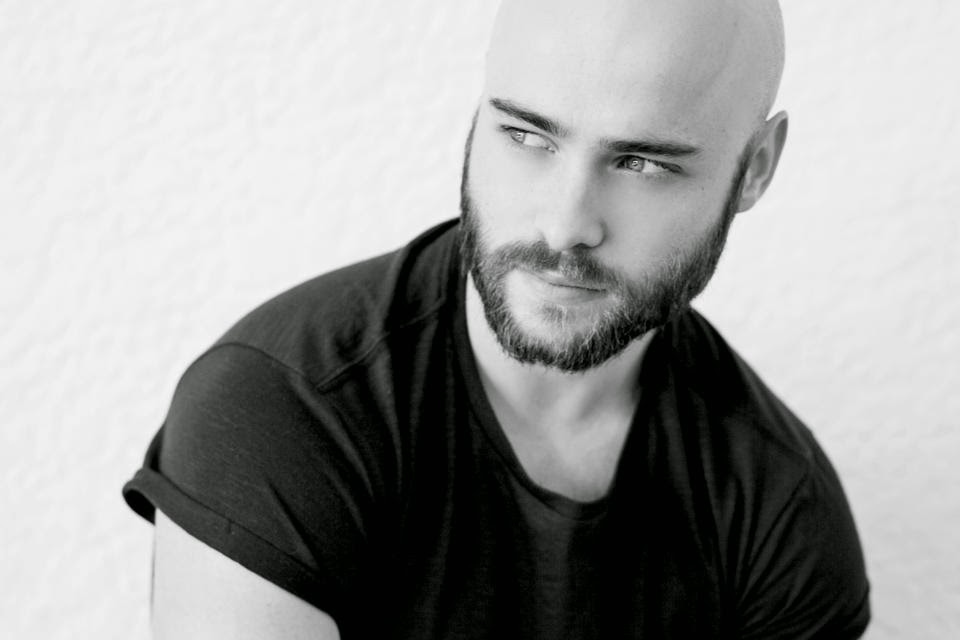 I guess it could be called cheating to brand the immensely talented Werner Wessels as a newcomer, because he's been in the industry for about 4 years now. But if you look at what he's achieved in only a few years, you will be impressed. In fact, he's done what other people involved in the industry have been trying to do for years, even decades. 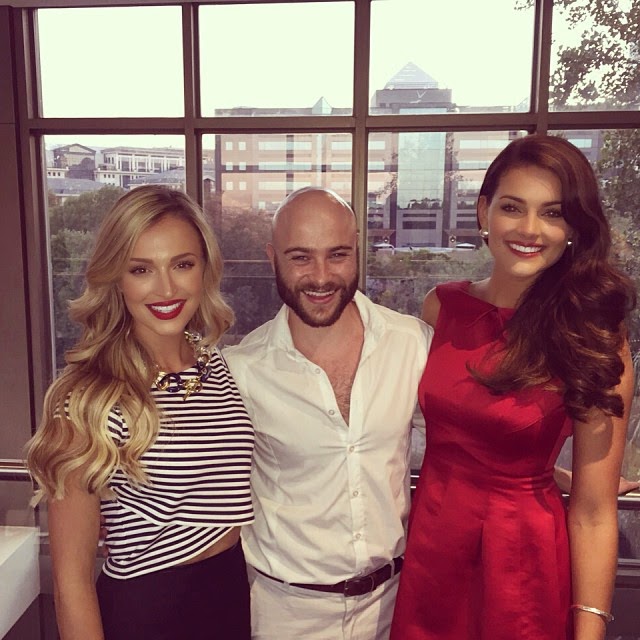 Werner experienced his first taste of success when he styled and trained his best friend, Melinda Bam, for the 2011 Miss South Africa Pageant. Bam of course won that pageant and her next goal would be Miss Universe. Once again, it was Wessels who helped her get ready for the pageant, plan her wardrobe and spent hours working on every little detail of her pageant participation. Bam became the overwhelming favorite to win the title and almost every pageant website had her pegged as the winner. It seemed almost inconceivable that she would not win. But it was heartbreak for both Bam and Wessels when she was eliminated after the top 10 round. Still, a top 10 placement at Miss Universe is a remarkable achievement. 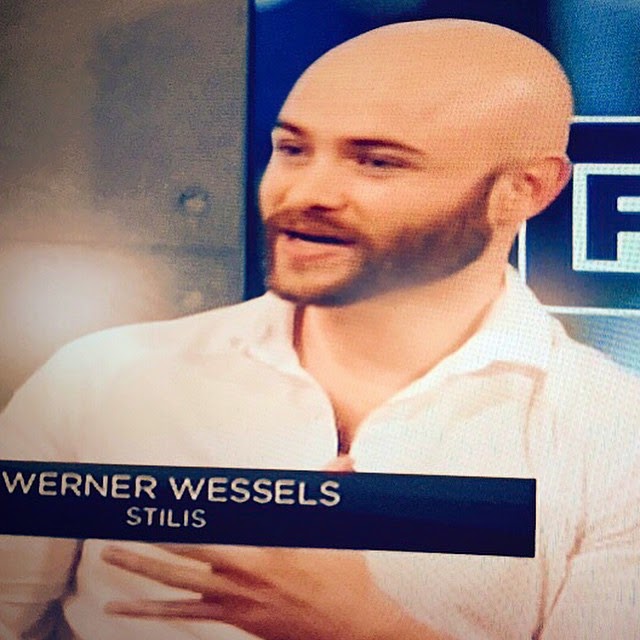 The year after the then reigning, Miss South Africa, Marilyn Ramos, and her family hired Wessels to be in charge of Ramos' pageant preparation. He basically had to plan her whole wardrobe and help her get ready for two international competitions which would take place only a few weeks apart. The even greater challenge was getting a summer wardrobe for Bali and a winter wardrobe for Russia ready at pretty much the same time. Ramos style choices were well received by pageant fans and observers including blogger and fashion expert, Nick Verreos of Project Runway Fame. 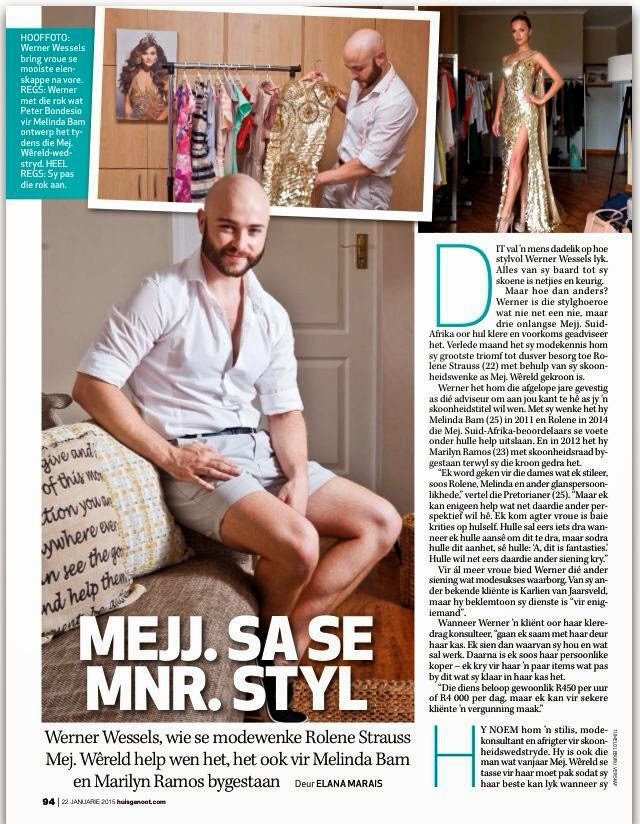 Last year, Werner took on board a young girl who lost out to his best friend in 2011, Rolene Strauss. Werner approached her after the 2011 final and told her that if she wanted to give it another go one day, she should call him. Two years later she did and the rest, as they say, is history. Strauss not only claimed the Miss South Africa title, but went on to win Miss World 2014 a few months later, the first South African in 40th years to hold the title. One of the first things Strauss did after her crowning was to credit Werner Wessels not only for his advice and support, but also his friendship. Strauss also appointed Wessels as her official stylist during her reign as Miss World. 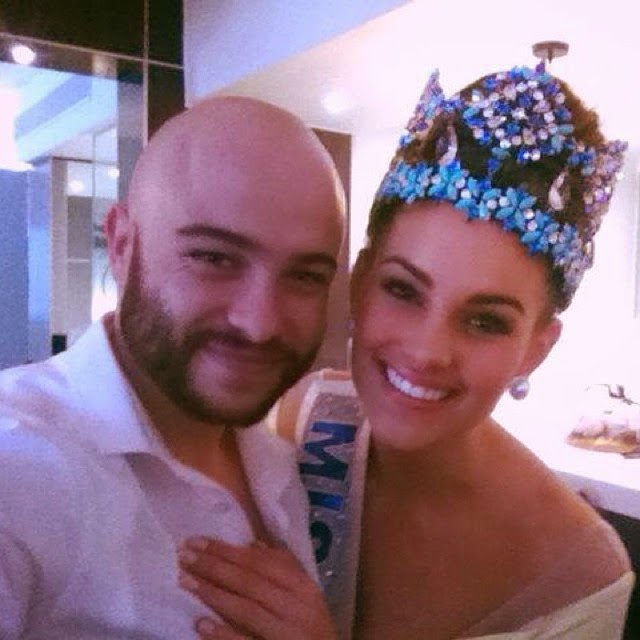 At the tender age of 26, it's only the beginning for Werner Wessels. He was made to be in this industry. He has the eye, he has the talent, he has the passion and he has the drive. I have it on good authority that he even recently gave some advice to Pia Wurtzbach who went on to claim the Miss Universe Philippines title. Pageant directors around the world, take note! If you want to do well and make an impact in the international arena, Werner Wessels is the man you need to find on facebook. Contact him. He is one in a kind and you will certainly not regret it. 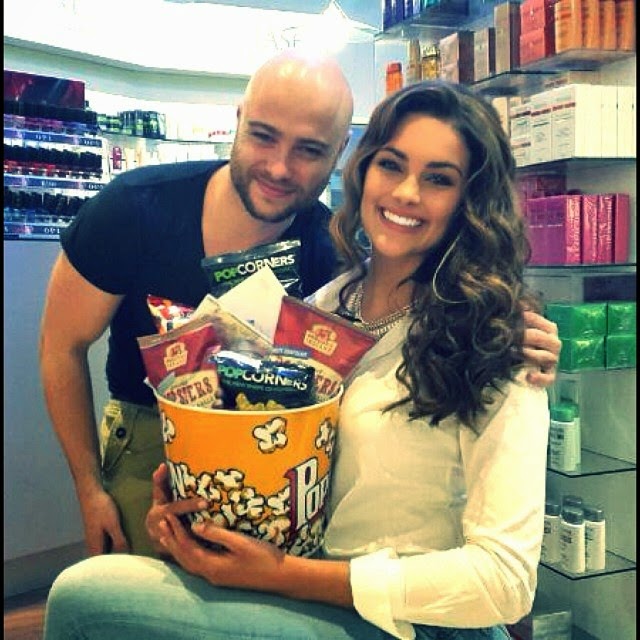 Eye For Beauty Blog salutes Werner Wessels and we can't wait to see what the future holds for him. We do hope that he gets snapped up by a great pageant organization who will value and appreciate the tremendous talent he has.
Posted by Andre at 6:26 PM