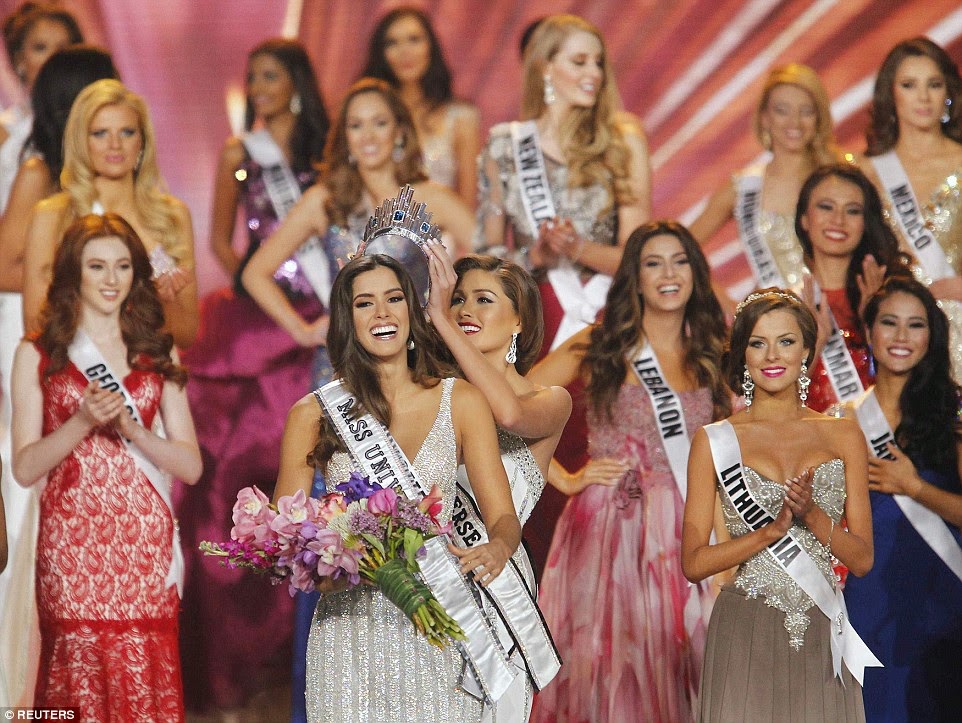 Miss Colombia, 22 year old Paulina Vega, beat 87 other delegates to be crowned the 63rd Miss Universe on Sunday night in Miami. The 1.75m beauty became the firm favorite after her sizzling performance during the preliminary competition last Wednesday. She will now move to New York City where she will be working for Donald Trump's Miss Universe Organization. This is only the second time ever that Colombia has won the pageant. The country came very close in recent years, finishing second in 1992, 1993, 1994, and 2008 but they had to wait more than 56 years for this triumph. 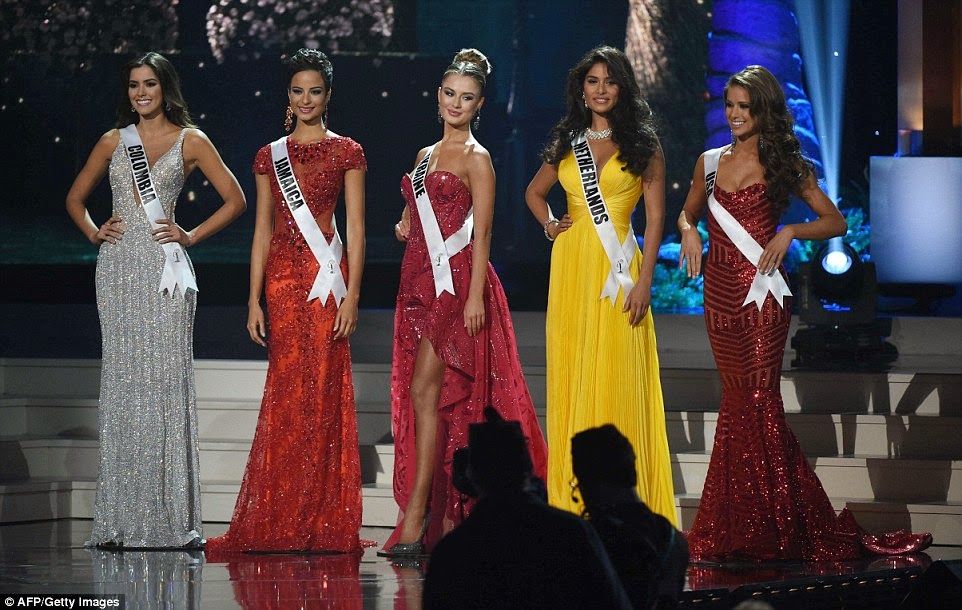 The first runner-up was home favorite, Miss USA, Nia Sanchez from Las Vegas, Nevada. She will assume the title should the new Miss Universe be unable to fulfill her reign. Miss Ukraine, Diana Harkusha finished in third place. The third runner-up was Miss Netherlands, Yasmine Verheijen, and the fourth runner-up was Miss Jamaica, Kaci Fennell. Fennell, with her unconventional (for beauty pageant) pixie cut, became the favorite of the crowd on the night of the final and they voiced their disapproval by booing when she was the first of the top 5 to be eliminated. 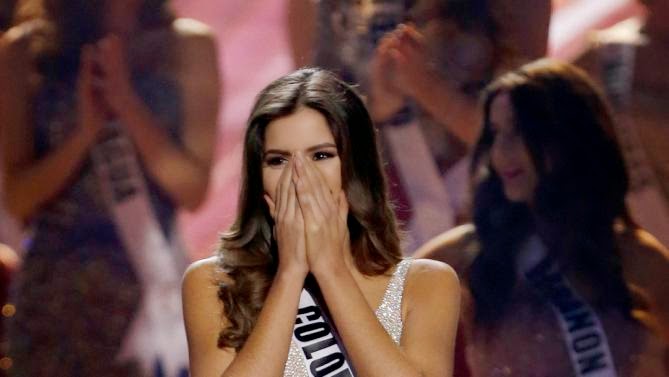 The top 10 were completed by the delegates from Argentina, Australia, the Philippines, Spain, and Doral favorite, Miss Venezuela. The delegates from Brazil, France, India, Indonesia, and Italy survived the first cut to become part of the top 15 before being eliminated after the swimsuit round. 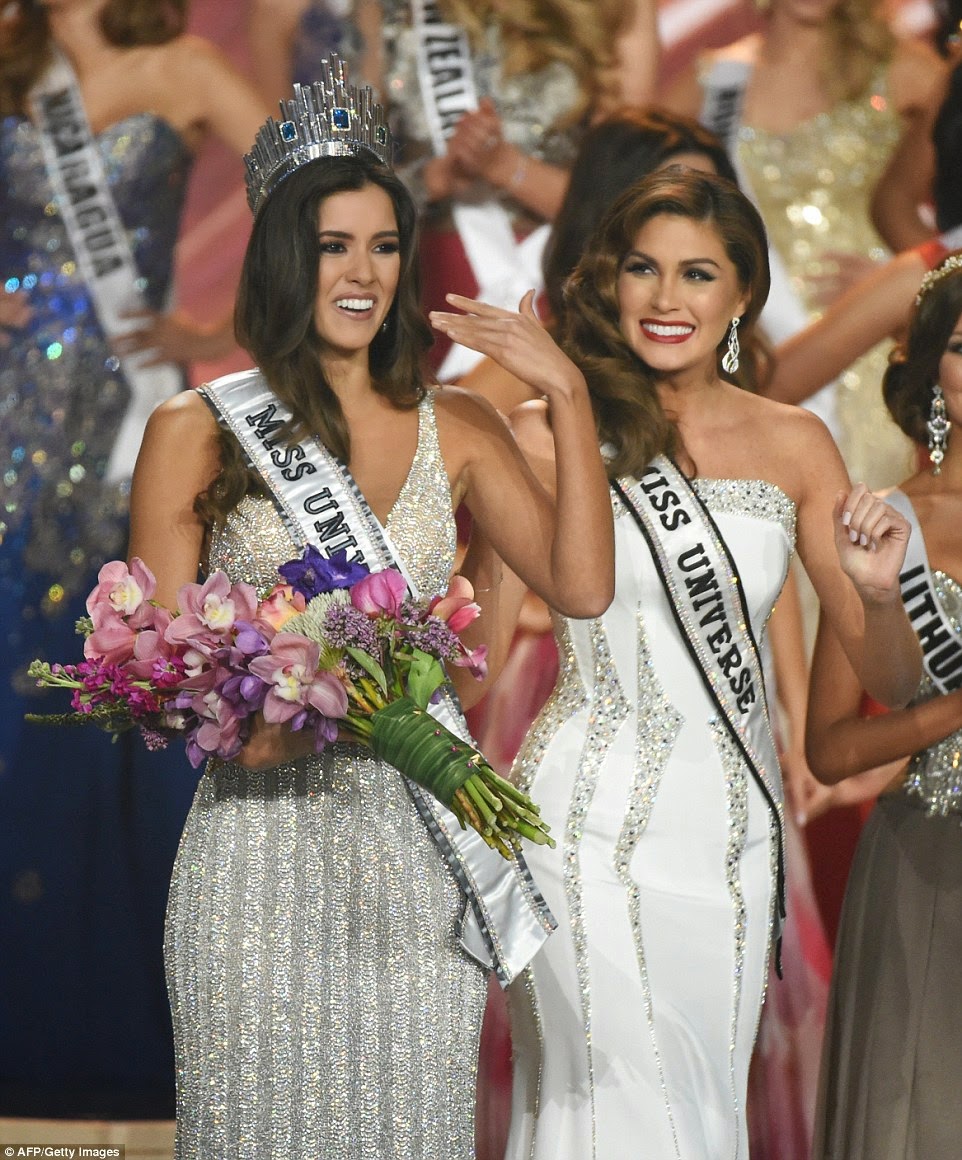 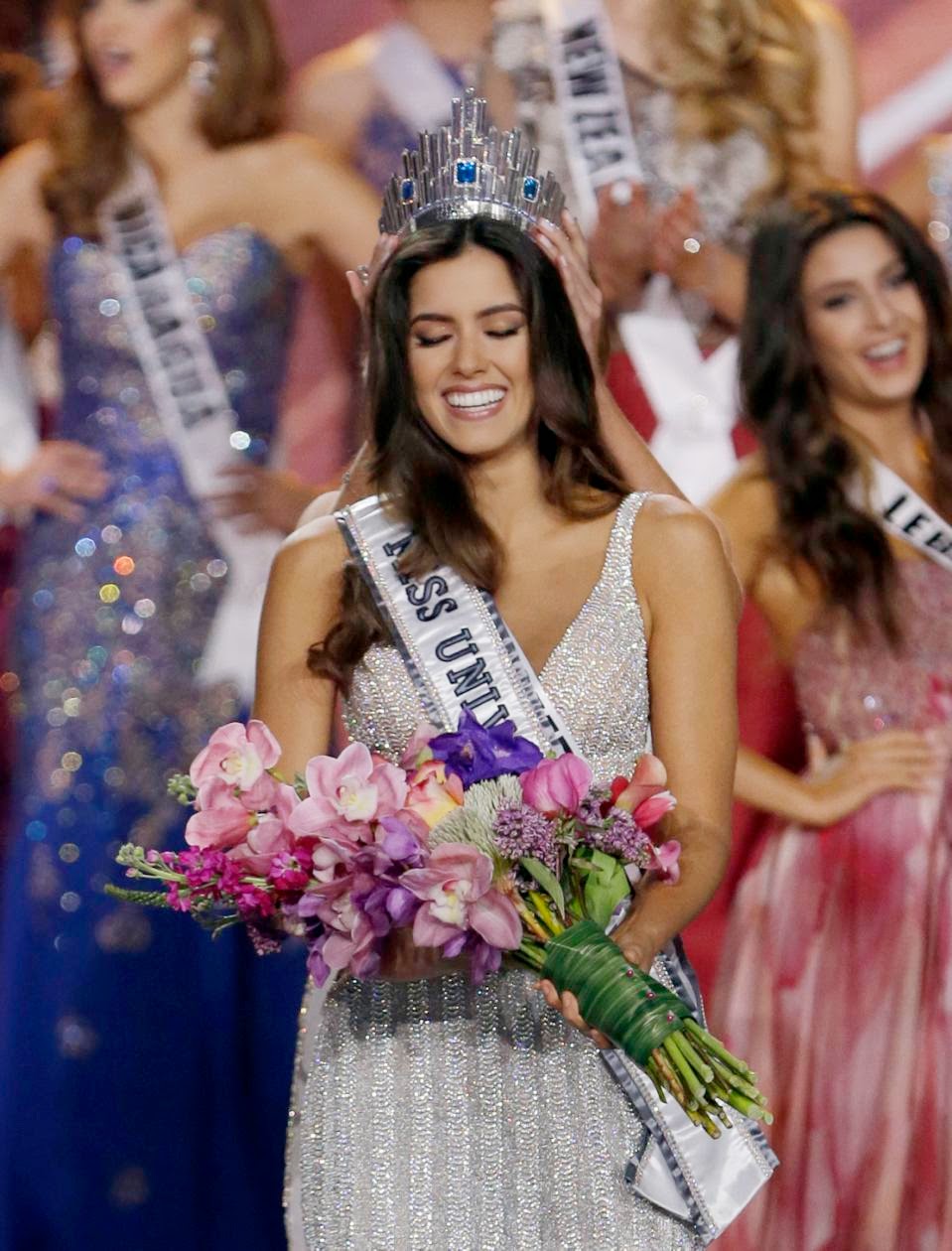 I love the winner and the top 5. Any of them would have made a great Miss Universe. I think Colombia's victory is well deserved and it's nice to see them finally win the crown again after such a long wait!

Photos courtesy of AFP and Reuters
Posted by Andre at 6:23 PM