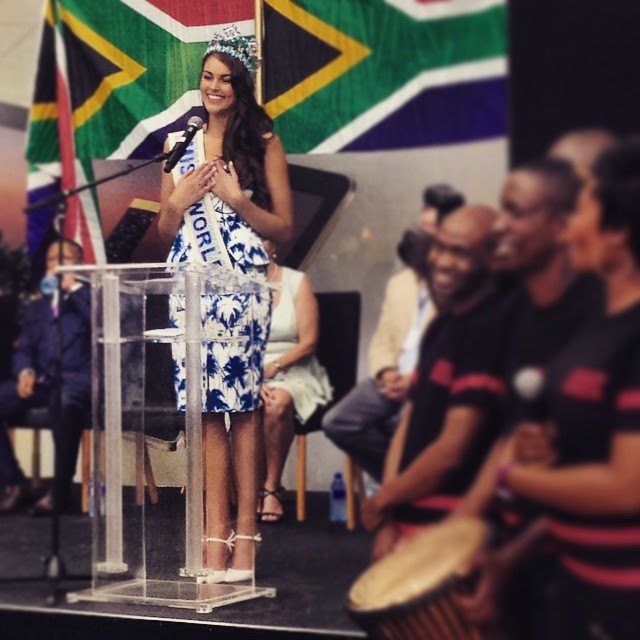 Miss World 2014, Rolene Strauss, touched down in Johannesburg on Saturday morning. She was greeted by thousands of friends, family, and fans. Strauss has been receiving overwhelming support from South African fans and the media. There was sounds of joy and jubilation as fans were waiting for the 22 year old beauty. 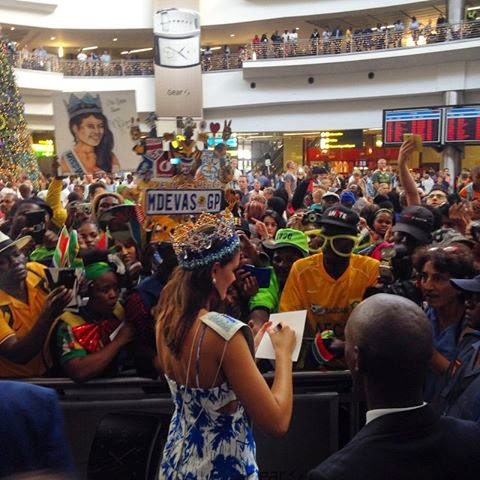 As she walked in the crowd cheered and broke out in song. The new Miss World looked truly touched. Among the dignitaries welcoming her was Miss World 1958, Penny Coelen, South Africa's first Miss World. The Minister of Sports and Recreation, Fikile Mbalula was also on hand to offer his congratulations and thanked Strauss's parents for giving life to "such a beautiful soul". 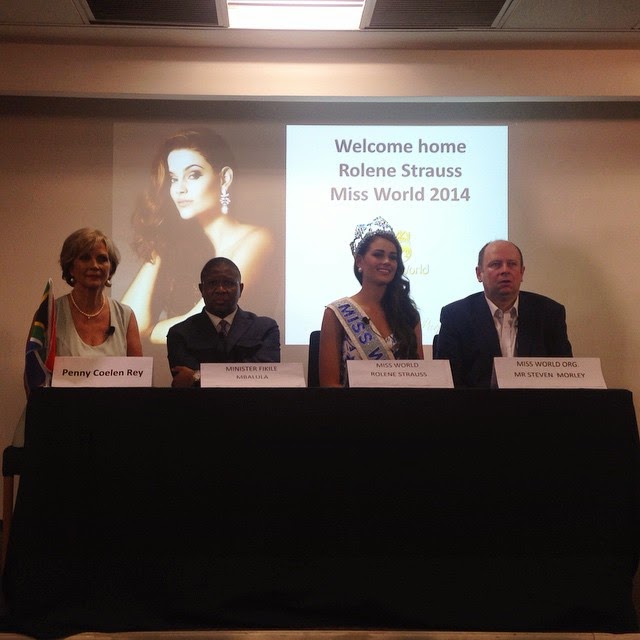 The new Miss World was accompanied by Miss World Events Director, Steve (Morley) Douglas. He told the media that the Miss World Organisation is looking forward to doing lots of work in South Africa as well as taking Strauss to countries around the world. She is scheduled to travel to Hong Kong, the Philippines, and India in January. In February she will go to the Caribbean and South America and in March she'll be off to Indonesia and Australia. 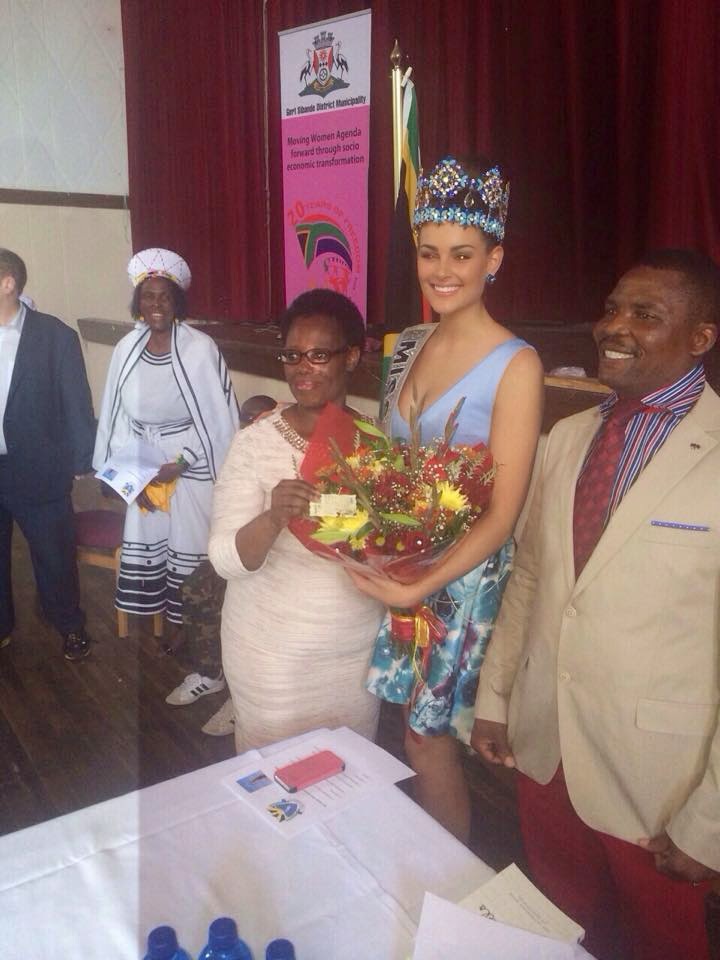 On Sunday, Miss World 2014 returned to her hometown, the small town of Volksrust in Mpumalanga. She was met by local officials and supporters. She smiled and waved serenely and looked impeccable in a dress by designer Casper Bosman and styled by her friend and stylist, Werner Wessels. She was treated to her favourtie meal, oxtail, at a local guest house. Strauss will now be given some time to rest and enjoy the holidays with her loved ones before she joins the Miss World Organisation early in the New Year. Photos courtesy of Miss South Africa!
Posted by Andre at 9:03 AM