Miss Tanzania: Will she compete or not? 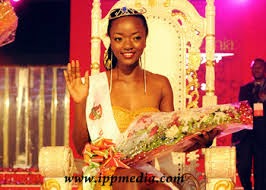 FROM: http://www.ippmedia.com/frontend/index.php?l=74344
Miss Tanzania beauty pageant organizers, LINO International Agency Limited, have quashed allegations that Tanzania’s representative to this year’s Miss World, Happiness Watimanywa, is set to miss the event for what has been termed as failure to pay Miss World franchise fee.

Lundenga’s statement came in response to allegations issued by Miss Tanzania beauty pageant founder, Prashant Patel, in Dar es Salaam yesterday that Happiness stands to be kicked out of the London event because LINO has not paid franchise fee amounting to 10,000 Pounds.

Patel said Morley e-mailed him and Lundenga last Sunday, saying Tanzania has not paid the fee.

He said should part of the franchise fee not be paid soon, there is a possibility that Happiness will not participate in the pageant.

“This will be a shame to Tanzania,” he said, adding that there is also a possibility of cancellation of LINO’s license for organizing Miss Tanzania pageant.

Lundenga, though, said Morley instructed him to process Happiness’ visa and the Miss World organization boss also confirmed that the Tanzanian representative has already been included in the list of the pageant’s participants.

Patel said Morley’s e-mail also disclosed that LINO owes Miss World Organization 30,000 Pounds as a cumulative franchise fee that has not been paid for the last six years.

According to him, Miss World Organization granted license to LINO to organize this year’s competition on condition that the latter will start paying the debt plus this year’s fee, but the agency failed to fulfill the condition.

Happiness left for London last Saturday to prepare for the competition and, according to Patel, the deadline for the fee’s payment was on September 30, this year.

Patel said Lundenga promised to clear the fee and part of the debt on time but the Sunday’s email casts doubt on the latter’s ability to fulfill the promise.

This year’s Miss Tanzania pageant has been surrounded by a host of controversies which, according to stakeholders, has downgraded the pageant.

Sitti Abbas Mtemvu, who was crowned as this year’s Miss Tanzania, surrendered the crown following allegations of age cheating.
FROM: http://m.dailynews.co.tz/index.php/sport/38444-tanzania-s-miss-world-participation-uncertain