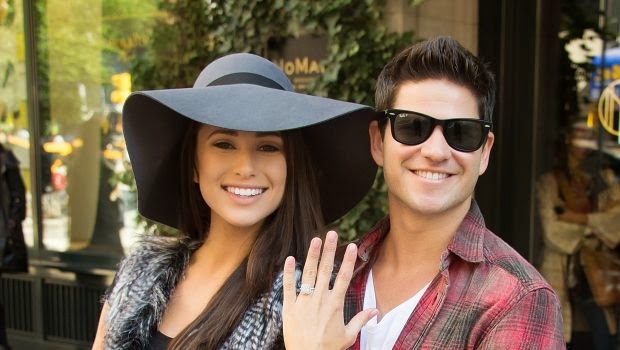 The reigning Miss USA, Nia Sanchez, who won Nevada's first Miss USA title earlier this year is engaged to be married. The beauty who is set to represent the USA at Miss Universe 2014 in Doral, Florida on January 24, 2014 was surprised with a marriage proposal by her actor boyfriend, Daniel Booko in New York earlier this week. Sanchez thought she would be attending an event with friends when but it was Booko who secretly arranged it to surprise his girlfriend with a platinum, two carat diamond ring. To commemorate Sanchez' triump at Donald Trump's Miss USA Pageant in June, the actor added a red, white, and blue band inside the ring.
Posted by Andre at 6:47 PM